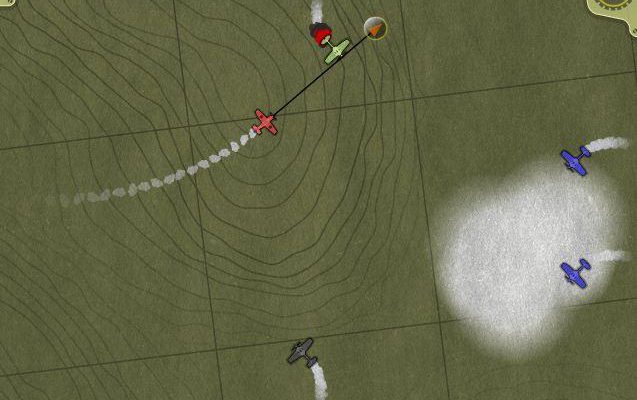 War is often synonymous with epic destruction, horror, and tragedy. And while all of these things are an accurate depiction of war’s aftermath, there’s also a degree of strategy and planning that goes into every action on the battlefield. Offering up a turn-based twist on aerial combat, SteamBirds is a steampunk re-imagining of World War II that focuses entirely on the quick decisions made by wartime pilots.

The story begins in 1835. In this alternate universe Sir Albert Pendleton discovers low temperature fusion and changes the course of history. Not long after, the first airplane makes its debut courtesy of a cold fusion “nuclear hotbox.” The course of history is changed, yet war somehow manages to be an inevitability. 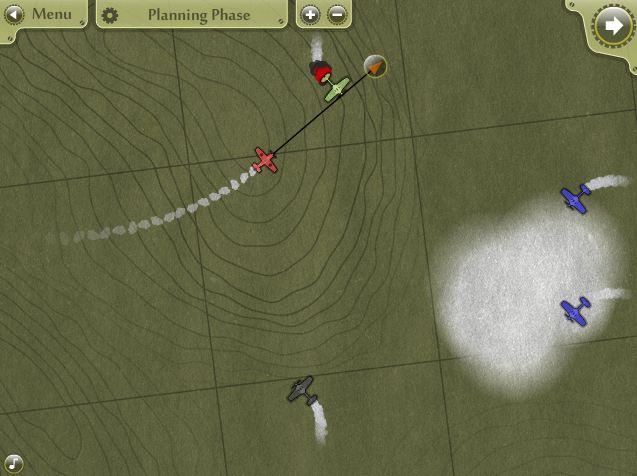 The first few missions of Steambirds take place in an alternate World War I, offering up some fairly novice gameplay that is meant to get you up to speed rather than to really challenge you. In each mission you’ll control a number of different airplanes. As the game is turn-based, you’ll tell each plane where you want it to go and then click the play button to see your planes in action. Each aircraft will automatically fire on the enemy once in range, so what you’ll really be looking to do is make sure you can get close enough to an enemy to take them out while remaining distant enough that they can’t return the favour.

Basic conventions of aerial combat apply here, which helps when making movement decisions. Getting behind an enemy plane, for example, is a great move because it’s equipped to fire ahead but not behind. Once you’ve gotten the basics down, things get a little more complicated.

Different planes will have different special maneuvers that you can employ to try and take the advantage. Some planes can damage an enemy tailing them by releasing poison gas, for example. Others can reverse their direction to quickly change the tide of battle. The catch? The enemy planes are equally equipped, and the enemy ships you’ll be facing offer up a much greater variety than what your side can deliver. Expect to do battle with fighters, blimps, bombers, and some steam-powered “spotters” that act as deadly drones of the skies.

The challenge in SteamBirds ramps up fairly quickly once you’ve mastered the basics. Expect to tangle with a wide variety of opposing forces in each stage, and expect to be terribly outnumbered. Aerial combat can become insanely difficult, but that only makes it all the more rewarding once you’ve conquered a level. Still – expect to encounter a few missions that you’ll have to play over and over until you get them right. 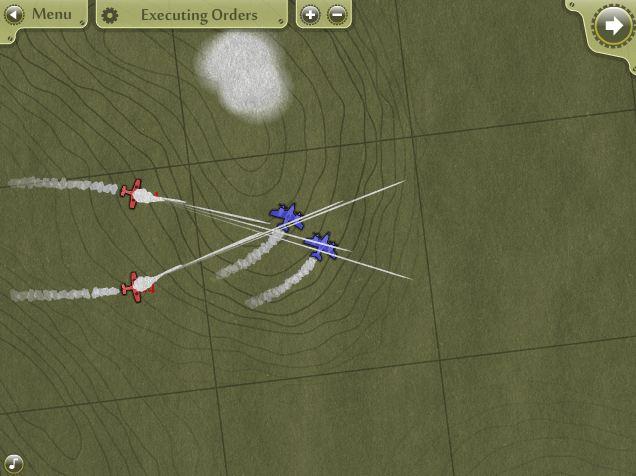 The gameplay in SteamBirds is well polished, and the levels are designed to offer up the maximum amount of challenge. Offering a turn-based take on an air-war might sound like something bogged down in the elements that make strategy games daunting to outsiders, but nothing could be further from the truth. You’ll have to think sharp to survive, but the actual decisions you’ll be making come fast and keep the action moving at a great pace.

While the gameplay here is outstanding, there were a few elements of Steambirds that didn`t sit quite well with us. The steampunk elements of the game are incredibly skimpy to the point of non-existent. If it weren’t for the text-based back story, you’d have no way of distinguishing this alternate dimension from our own. Sure there are particular bombers and drones and whatnot that couldn`t have existed in World War II, but there’s nothing in the gameplay that really smacked of cool steampunk design.

And while the gameplay was solid, there was one small annoyance that popped up and really rubbed us the wrong way. In one mission, upon reaching the edge of a map, controls for my steambird spilled off the playing field and I was unable to steer my plane back towards the game. It’s a lesson you only have to learn once, but that doesn’t make it any less frustrating.

Nitpicky concerns aside, Steambirds offers up a tremendous turn-based experience that keeps the action coming and challenge exceptional. It might not be an experience for gamers looking for a relaxing evening, but then again war never is.