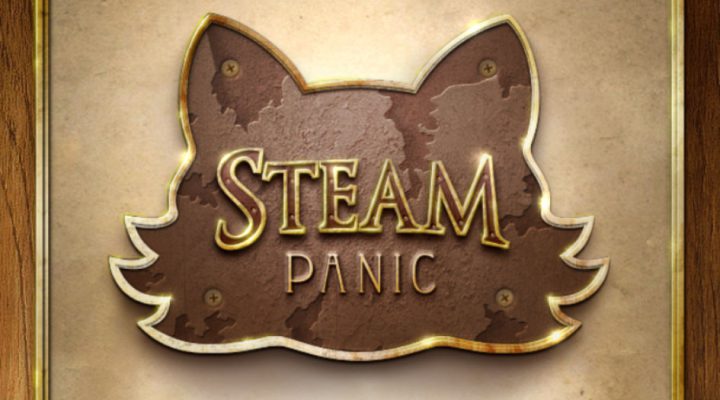 Mixes together plenty of puzzling ideas.

Has a pretty unique style.

Can get very grindy.

Not generous with its hints.

Steam Panic is a puzzle game with a few neat ideas up its sleeve. It sort of combines a plethora of different puzzling genres into one well polished whole. And when it works, it’s an entertaining and engaging head scratcher.

But sometimes the different threads that it tries to weave together just don’t gel properly. And other times the frustratingly tight nature of the challenges it presents you with can leave you feeling like you’re bashing your head into a wall covered with shards of pointy glass.

There is fun to be had here, don’t get me wrong. But after the initial rush of playing something new, the game takes too many turns for the difficult in too short a space of time. Some people are going to stick with it, that’s for sure, but many more are going to be left feeling like the game just doesn’t want them to play it. 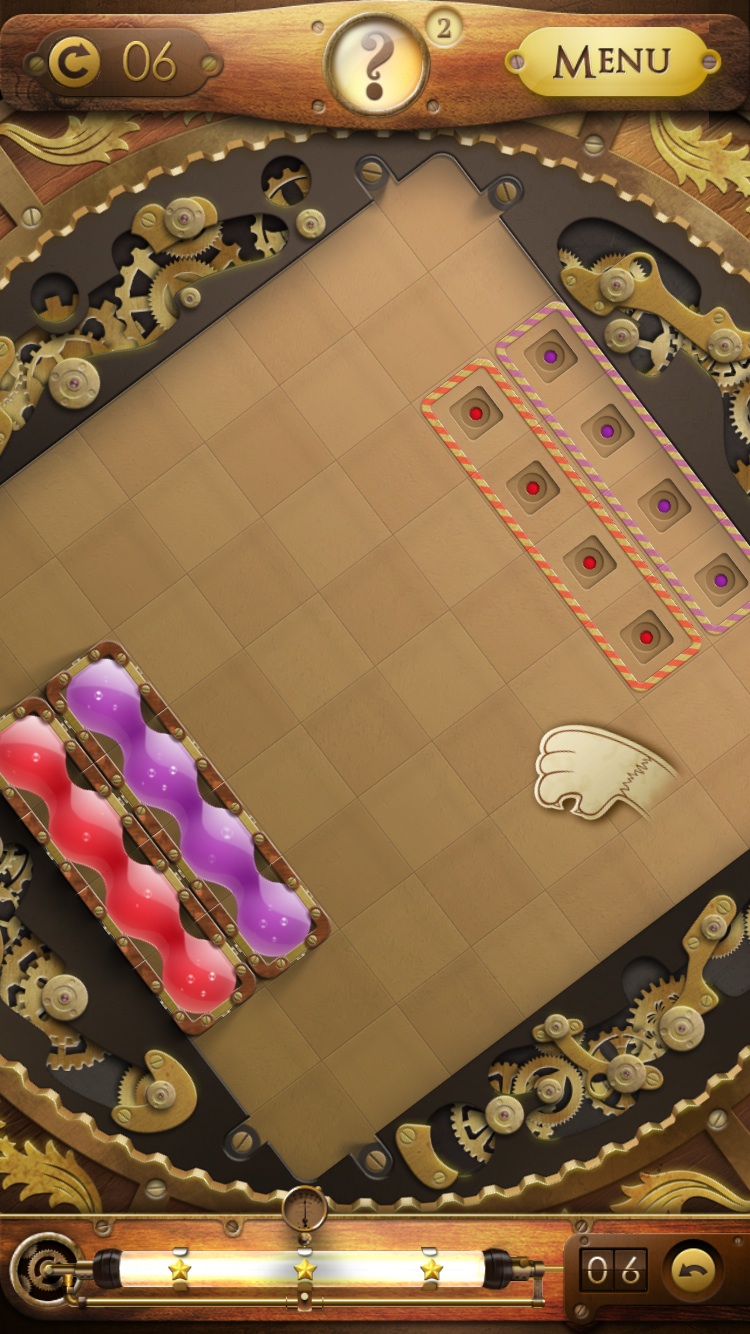 The game is all about connecting pots of colored liquid in a specific place. You’ve got your pots, and the outline of where they need to go. It’s up to you to drag them around, spin the level, and deposit them in the correct place. Although more often than not that’s easier said than done.

You drag the vials around with swipes. You can also move the level by spinning it on its axis. This causes gravity to shift, as you might expect, and the various colored bottles will fall into place. You’ve got a move limit to contend with as well, and the fewer moves you complete a level in, the more stars you’re awarded.

You use these stars to unlock level packs. So while you might polish of a challenge with just one move left, there’s a good chance you’re going to need to go back and get all three stars if you want to get deeper into the later levels of the game. 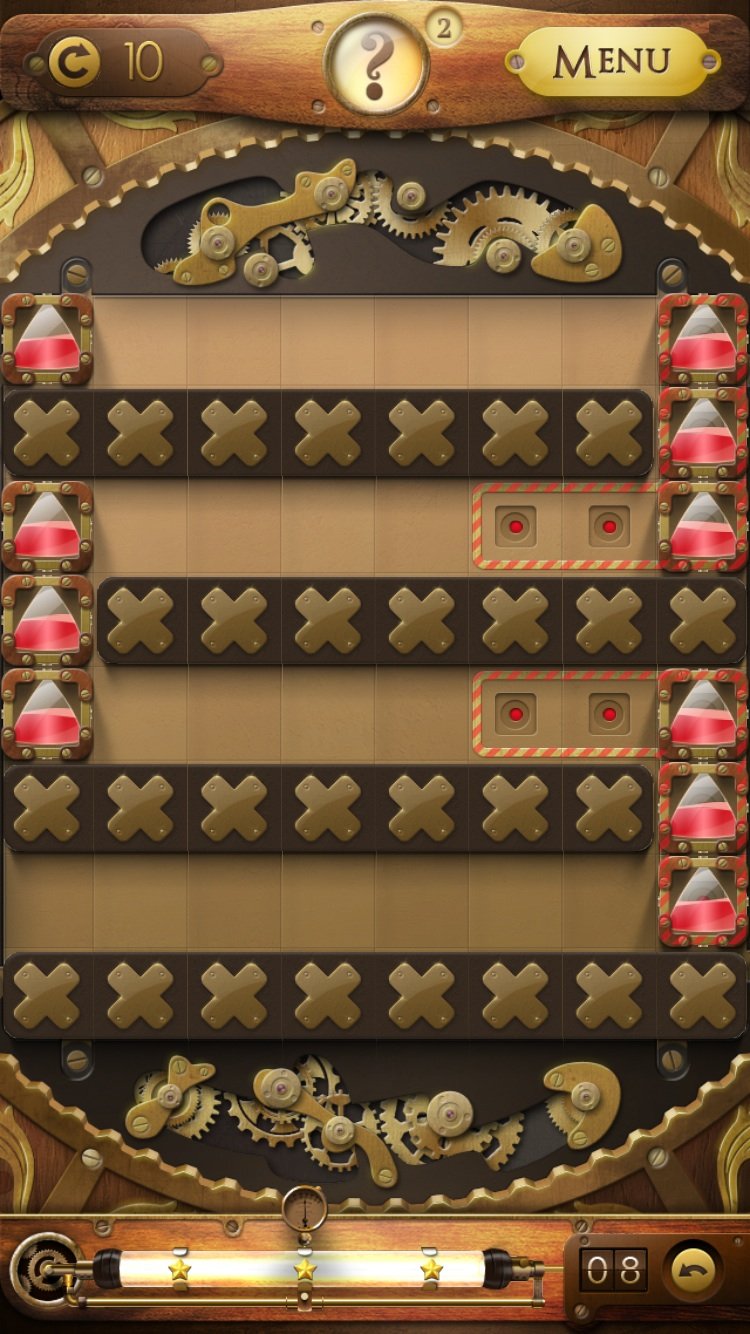 To begin with things are reasonably easy. The game walks you through most of its ideas, making sure you understand the basic concepts you’re going to be playing around with. It’s when it lets go of your hand that things start getting a little more aggravating.

There’s a rewind button that doesn’t cost anything to use, and you can restart the level easily too. But sometimes the solution is just a little too obscure, and you’re left reaching for the big question mark button at the top of the screen that’ll play the level out for you automatically.

It just feels like the difficulty spike here isn’t so much a spike as it is an enormous incline and then a plateau. And the plateau is filled with ravenous difficult beasts who really want to eat your face and arms and destroy all of your dreams before you’ve even had a chance to figure out what your dreams are. 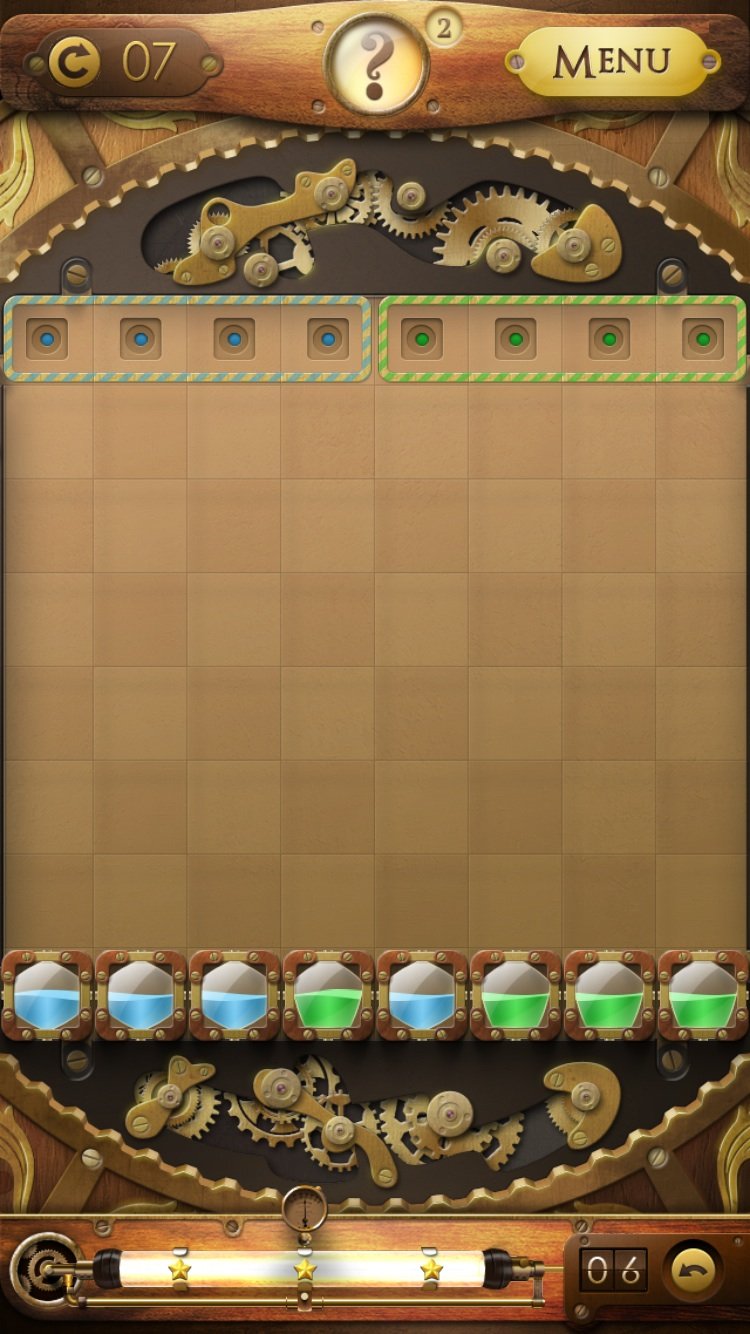 And that’s a shame, because Steam Panic does have some really bright and interesting ideas. The way it squishes together sliding blocks, match-stuff gameplay, and other familiar App Store puzzling ideas is pretty darn special. And on top of all of that it looks good too.

But when you mess up a level for the twentieth time, and you’ve already used up all the hints that the game gives you, you can’t help but think that maybe this is a game that’s got its challenge set just a little bit too high.

While some people are going to relish the cruelty on display here, for the most part this is a game that’s going to annoy rather than delight.