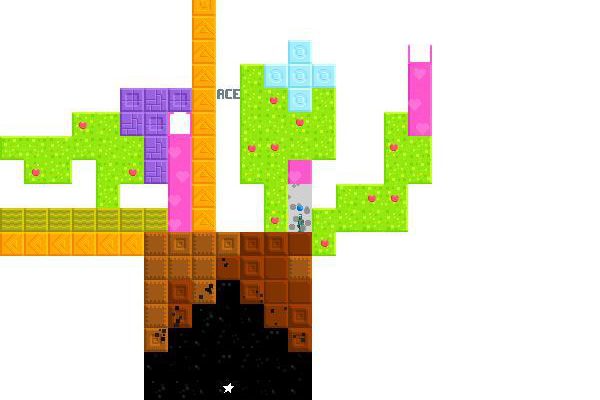 Starseed Pilgrim is exciting, but won’t be for everyone

Sometimes a game comes along that is simply too abstract to be recommendable to all, yet still feels like an experience you should be nudging as many people as possible in the direction of. Starseed Pilgrim is not for everyone – in fact, I would suggest that it’s not even for most people.

The game initially feels empty, void of much to do and much to see, with sluggish mechanics and an extremely slow learning curve. Most players will drop off before it really gets going, but those who persevere will find a strange depth that feels both rewarding and enlightening. Yup – it’s a weird one, alright.

You are a pilgrim exploring a blank world. Your only ability is planting seeds, and it’s through this action that you can force a sprawling pathway up and away from the initial platform, towards… something? Nothing? You won’t know until you get there.

There’s a time constraint, though – a nasty black cloud of space is engulfing the world from beneath, and if it catches you, you’re thrown into a flipped-contrast version of the current world. And it will catch you, there’s no doubt about that. Starseed Pilgrim is more about what you get up to before the blackness comes knocking.

The seeds you carry have different effects. Some will grow out quickly to the side, while others will grow into a tall pillar, slowly but surely. Some will explode with color, and others will cause your jump distance to be affected when you’re walking along them. Learning what each block does is but half the battle.

Once you have the basics down, it becomes a test of piecing them each together in the correct formations, such that you build a pathway to nearby keys. If you can build a path to a key, then flip to the dark world and use that key to open the lock, then you’re one step further through the game. But there are many keys to find, and it’s through experimentation and exploration that you’ll discover them all. 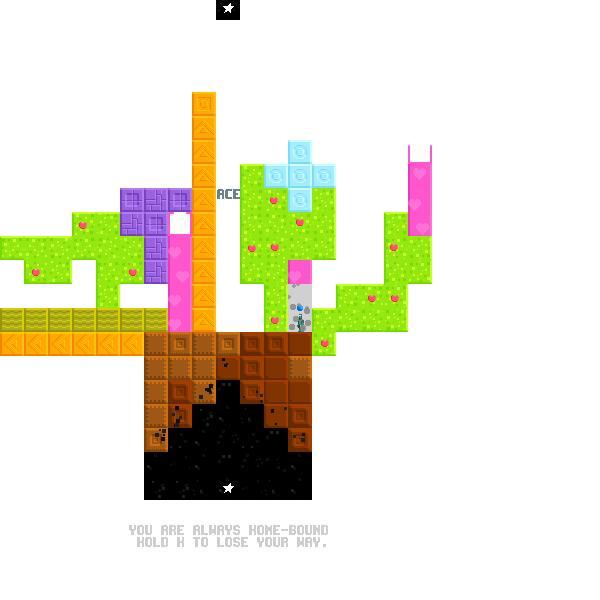 What makes Starseed Pilgrim so interesting is that the game barely explains what you’re meant to be doing at all. In fact, most of the last couple of paragraphs that I’ve provided you with have given you more information about how the game is meant to be played than the game itself says.

This is both a blessing and a weakness. It’s a game that deserves to be explored in a manner than explanations cannot do justice for. However, at the same time this approach will put many people off, and have them clicking the cross after only 10 minutes or so of play. You probably already know what kind of player you are, so you’ll have a good idea of whether Starseed Pilgrim is going to click with you.

It’s also extremely slow going. Some of the blocks in particular can take minutes to fully spread, and a lot of the time you’ll essentially have to sit and watch. The way you have to keep iterating on what you’ve learnt before, starting from the very same position over and over again, also begins to grate after a while. 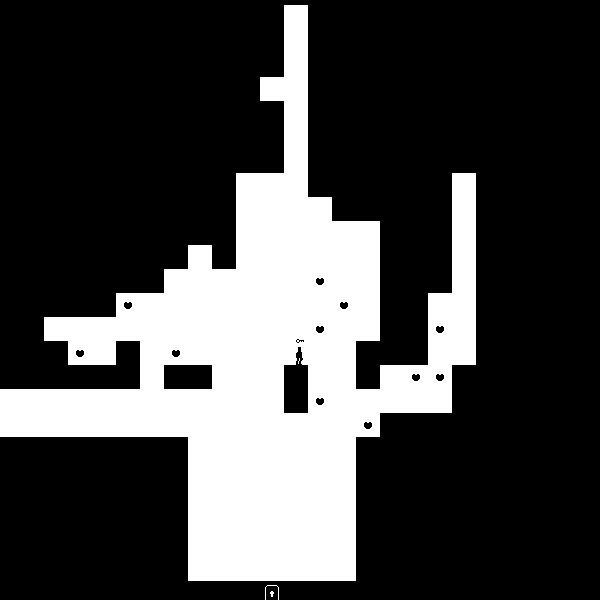 Finally, I had a bit of an issue with full-screen mode. It’s great that you can expand the view to fill the screen, but all it actually does is fill the surrounding area with white. If you move around, you’ll find that there’s an invisible border which cuts off your view of the land. It would have been nice to get a truly full-screen view for the game.

Hopefully my words have helped you decide whether Starseed Pilgrim is going to be your cup of tea. If you’re willing to truly stick it out, there are plenty of wonders to be found.