Home / Reviews / Star Wars: Uprising Review: The Mild Side of the Force 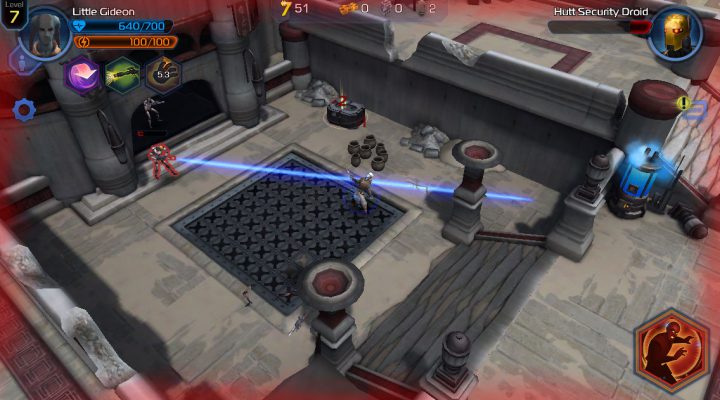 Interesting story that runs alongside the upcoming Star Wars movie.

Plenty of things to shoot and collect.

Tasks and environments are repetitive.

Unlike many mobile MMOGs, is pretty cheap with its freebies.

December is approaching, and we’re all gearing up to visit that galaxy far, far away that somehow exists long, long ago. These remaining months won’t expend any mercy on our impatient inner children, which are currently trembling like off-duty Imperials hopped up on powdered Ewok bones.

To make the wait even more agonizing, Disney hasn’t been shy about feeding us supplementary merchandise based around The Force Awakens. You can, for instance, play Star Wars: Uprising, a mobile MMOG (massively multiplayer online game) that seemingly runs parallel with the events of the upcoming movie. That is, it mostly runs parallel — there are certainly moments when the game’s story intersects with the main universe.

Don’t worry — you’re not going to run into anything spoiler-ish. Of course, that’s hard to guarantee since Star Wars: The Force Awakens isn’t in theatres yet. But Kabam is clearly interested in telling its own story through Star Wars: Uprising, so you shouldn’t have to worry about accidentally learning that Darth Vader is Luke Skywalker’s father (oops). 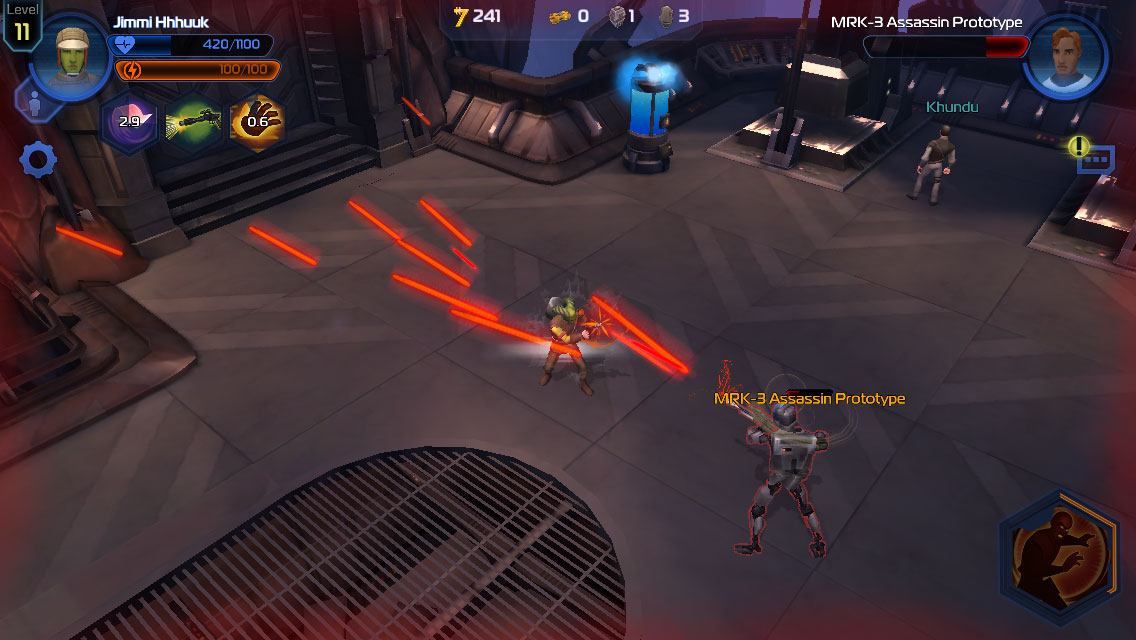 In fact, Uprising’s story may wind up being your primary motivation for playing. This space opera is practically a re-skin of last spring’s Spirit Lords, another MMOG from Kabam. The familiarity isn’t too bad; after all, Spirit Lords is a pretty solid mobile dungeon crawler. But the games’ similarities make it easier to notice that Uprising is a bit cheap about handing out hard currency and top-tier items via its Gashapon-style item game.

Nevertheless, there’s more than enough about Uprising that should keep you engaged, especially if you’re already a Star Wars fan. The writing is surprisingly light-hearted and humorous, which isn’t a surprise given it begins by relaying your life as a smuggler. After a botched delivery puts you in massive debt to the awesomely-named crime lord Happy Dapp, you start working off your tab by taking on salvage jobs meant to supply the black market with goods. Demand is high, since the “iron blockade” the Empire erected after the Emperor’s defeat at the end of Return of the Jedi has had a major impact on the delivery of legit goods.

Despite the fun story interwoven between scenes, the gameplay in Star Wars: Uprising is unavoidably repetitive. You beam down into an area, shoot enemies until they die (and / or employ a skill or two), then make off with your loot.

Spirit Lords had a similar repetition, but its colorful environments and enemies help make things a touch more interesting. By contrast, the events that take place in Uprising look a bit more subdued thanks to its more realistic graphical style. You encounter a lot of rocks, smugglers, and troopers — not so much in the way of fantastic monsters.

But one nice thing about Uprising is that the game is seemingly unencumbered by a stamina counter that depletes with every mission you take on — a mechanic that practically defines free-to-play games. Maybe such a counter exists and I’m simply missing it, but I never saw anything of the sort even after taking on mission upon mission. That’s a nice change of pace.

On the other hand, unlike many MMOGs, Uprising isn’t especially generous about handing out the good stuff — “the good stuff” being higher-tier loot and hard currency. Many MMOGs usually keep players engaged by awarding lots of decent equipment  for completed quests. Not so much the case here. 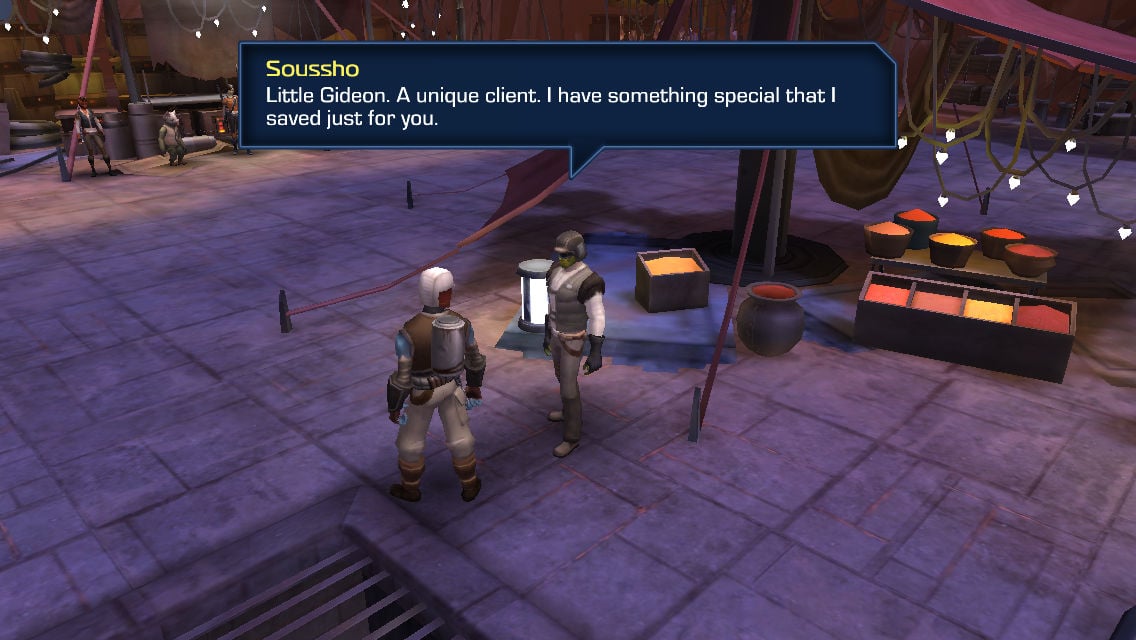 Chromium, Uprising’s hard currency, is particularly hard to come by unless you purchase it. Chromium is primarily utilized to ensure you get a decent prize at the supply depot’s Gashapon game. You can get by if you simply upgrade the basic equipment you’re awarded via regular missions, but needless to say these items’ levels max out quickly, and you need to grind re-playable levels in order to grab enough upgrade materials to stay on top.

Star Wars: Uprising isn’t the most creative or merciful MMOG on the App Store, but it’s not the worst by a long shot. Much of what’s here has been done before in other online mobile games, and Uprising is undeniably stingy with its rewards. But hey, there’s smooth-talking smugglers, droid-blasting, and a Chadra-Fan alien that runs an efficient trade / smuggling network despite the fact he looks like a novelty pet. If you’re a Star Wars fan who’s looking to pass some time before the release of The Force Awakens, you could do far worse.