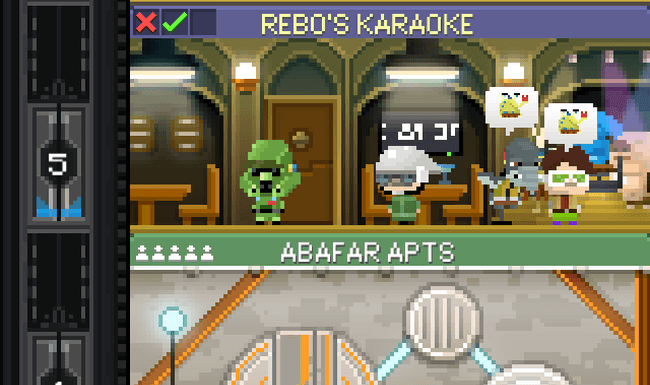 Join the tiniest Dark Side

Aw, lookit the tiny Empire and its widdle Death Star! Lookit the teensy aliens living inside! It’s hard to believe something so adorable is still capable of turning teeming planets into asteroid fields with a single, well-focused laser shot. That’s evil for you. Turn your back for a second, and bam. That doesn’t mean you should stop the Empire’s shenanigans. In fact, stifling the activity in Star Wars: Tiny Death Star would be like scolding a child for painting a picture. You don’t want to smother blossoming talent, right? Of course you don’t.

Tiny Death Star is the latest in NimbleBit’s Tiny series (which includes Tiny Tower, Pocket Trains, and Pocket Planes), with Disney Mobile taking over the developing duties on this one. As its name suggests, you’re in charge of assembling a Death Star level-by-level. Forget innocent airlines and rail-based shipping routes. Now you’re building for keeps. 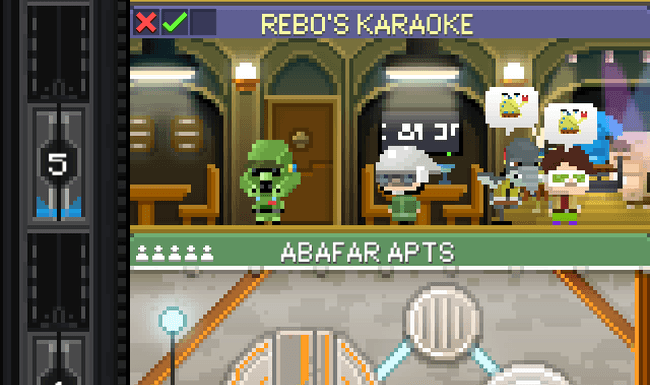 But despite the magnitude of building, y’know, an intergalactic weapon of immeasurable destruction (however tiny), Tiny Death Star is more or less Tiny Tower with a Star Wars skin. That’s either good news or awful news depending on your outlook. Players desiring a unique new experience coupled with the chance to create some Empire-style mayhem will be disappointed. That said, Tiny Death Star‘s Star Wars references and themed Bitizens are pretty stinkin’ adorable. 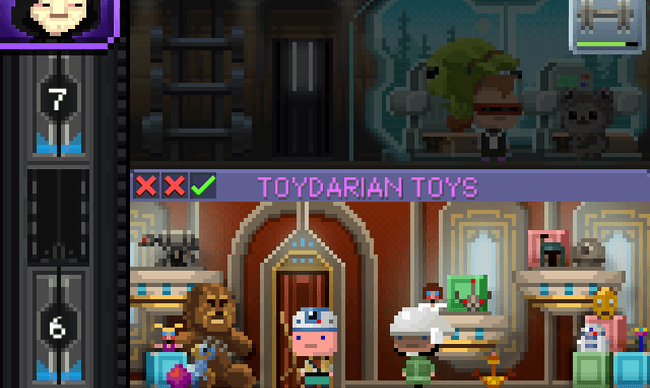 If you think about it, it actually makes sense for the Death Star to have living quarters and exercise areas in it; there’s no way every square inch of a moon-sized craft can possibly be dedicated solely to weaponry and machinery. That’s probably overthinking the situation, though, since NimbleBit (and Disney, and LucasArts) obviously wanted to offer an experience that mirrors Tiny Tower‘s. That means moving new Bitizens into the Death Star, finding them jobs, restocking stores, making money, and adding new levels to the Death Star with the funds you earn. Tiny Death Star is very familiar – and, in all honesty, still pretty addictive.

As you should probably expect from NimbleBit’s games by this point, it’s Tiny Death Star‘s sense of humor that carries much of the experience. The sight gags and Star Wars-themed in-jokes will make your day if you’re a fan of the series, especially since you can unlock little movies worth a chuckle or two. Sure, maybe an animation of a cantina ceiling falling on Jar-Jar is juvenile, but damned if you don’t get a laugh out of it. 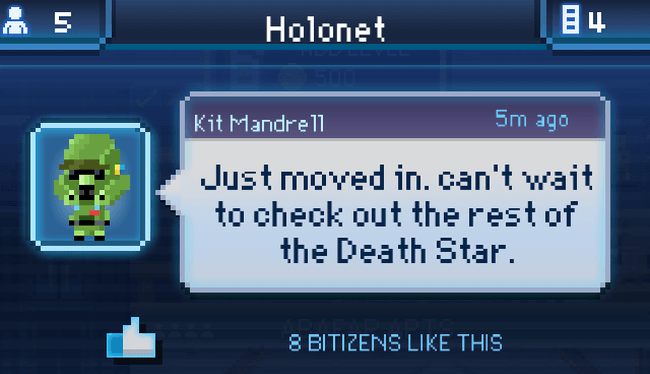 There is one notable dark side to the Dark Side, however: Tiny Death Star is very stingy about handing out premium currency (“Imperial Bux”), whereas NimbleBit’s games have traditionally been kind about sharing the green. Some cool items are locked up behind Imperial Bux, so it’s disappointing to see a game in the Tiny series act cheap.

Otherwise, Star Wars: Tiny Death Star is a must-play if you’re a Star Wars fan who enjoyed the original Tiny Tower (and if you haven’t played Tiny Tower yet, say good-bye to your loved ones). Despite its familiarity, Tiny Death Star glows a strong, warm Force.