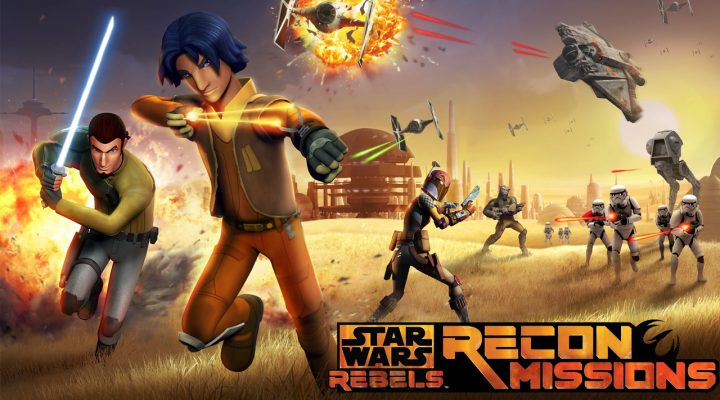 With the cancellation of The Clone Wars series, Disney needed something new to keep kids (and us big kids) interested in Star Wars until the new trilogy releases. Thus, the television show Star Wars: Rebels was born.

Rebels takes place between The Clone Wars and A New Hope, when the Imperials were still rooting out Jedi and the Rebellion was just hopes and whispers.

As Disney (and Lucasfilm) tend to do, they go all out with marketing and producing things for eager fans to buy. From birthday party supplies to video games, Disney is covering all their bases. In the case of the latter item, we have Star Wars Rebels: Recon Missions, the first video game produced in Rebels’s universe.

Recon Missions is an action platformer that puts players in the boots of three of the show’s protagonists: Ezra, Hera, and Kanan. With a constant flow of Imperial forces to deal with, the levels are action-packed and engaging while the control scheme facilitates easy running-and-gunning for the player to rely on to get them safely through the gauntlet of Stormtroopers, droids, and TIE Fighters.

Recon Missions can be downloaded for free, but after four levels the game forces you to step up and pay for the additional thirty-one levels to access the rest of the game. Players have the option to buy a $2.99 pack for the next fifteen levels, or $4.99 for all thirty-one levels. For a platformer, I feel like this is a really fair way of handling the money-making aspect of games. You get to sample a handful of levels, and then are given two choices with how to proceed (if you wish to continue playing at all). 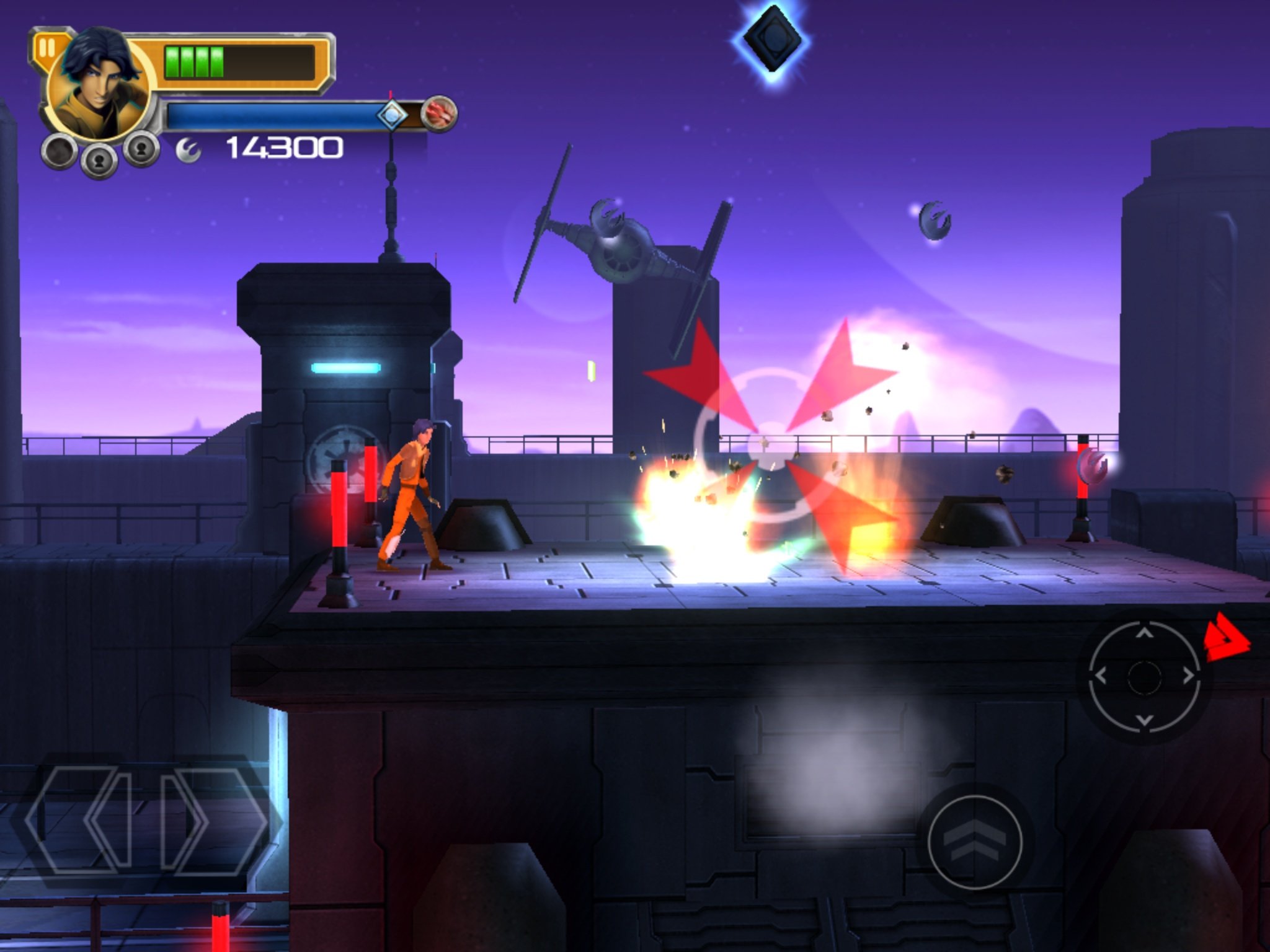 The gameplay features two types of combat weapons: blasters and lightsabers. They both handle differently, as one is melee and the other is ranged. I found I was more successful with the blasters than the lightsabers, simply because I could dispatch enemies from a distance and easily dodge their lasers shot at me. However, using the lightsabers does provide you with the ability to deflect shots back at enemies, but the laser bolts travel slow enough that I was usuaslly able to dodge them altogether.

The control scheme has players controlling their direction with their left thumb, while using their right thumb for jumping and shooting. Holding down the shoot button and dragging your thumb around directs your character where to shoot. So if you hold the shoot button and drag-and-hold your thumb straight up, your character will shoot straight up. It’s not as precise as I would like it, but for a platformer on a touchscreen, it gets the job done. The only real control issue I ran into was that sometimes my character wouldn’t turn around to shoot and would instead just back-pedal while shooting in front of them.

In between missions players return to their rebel base. The rebel base acts like a hub for the gameworld: you can customize it with various buildings, talk to your crew to take advantage of various perks and bonuses, and even decorate your base with various anti-Imperial propaganda. Player’s success in missions is awarded with Hope, which is used to unlock all of these additional features.

The frame rate in Recon Missions on my iPad Mini 2 was all over the place. This made the gameplay feel jittery and my movements not as precise as they should be for an action platformer. It doesn’t seem like everyone is experiencing this issue, so maybe if you have a newer device your experience will be improved.

Star Wars Rebels: Recon Mission does a lot of things right: it features a fair and flexible IAP system, it respects the Star Wars source material, and it offers an easy-to-play control scheme for a platformer on a touchscreen device. The occasional bug or lag spike shouldn’t deter you too much from experiencing this great Star Wars adventure.