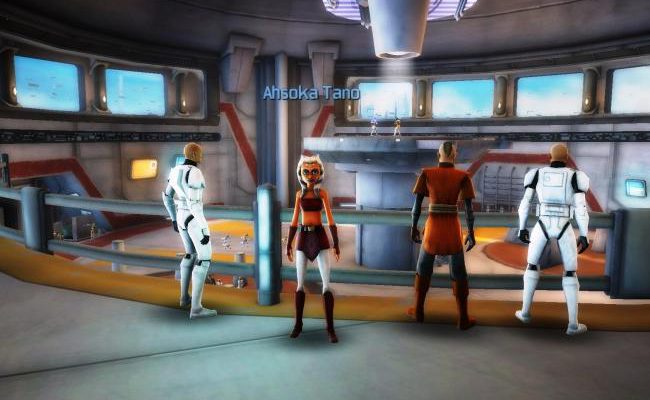 The force is strong with this one …so long as you have some cash.

Pretty much everyone who has ever watched a Star Wars film has imagined what it would be like to don the brown robes of the Jedi and wield a humming lightsaber. But being a Jedi means mastering a wide range of skills, something that the browser-based MMO Clone Wars Adventures exemplifies. The game has you taking on an incredibly wide range of tasks, from piloting a starship to reprogramming droids. But while Clone Wars Adventures maintains the look and feel of the series while featuring a large variety of mini-games, much of the content is locked away lest you splurge on a subscription.

The game takes place, naturally, during the Clone Wars period of the Star Wars timeline, and maintains the style and characters of the show of the same name. You play as a young Jedi padawan, and begin by getting a crash course from some of the most notable characters in the series: Mace Windu, Obi-Wan Kenobi, Anakin Skywalker, and more. And from there it’s up to you how you go about playing the game. You can explore the Jedi temple, interacting with other players, or customize your own apartment. But the real meat of the experience lies in the mini-games. 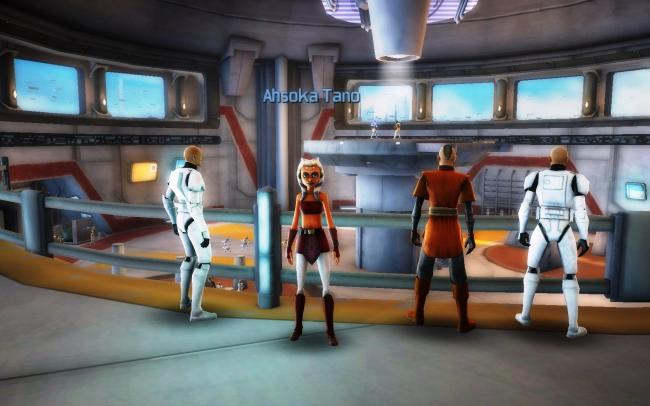 All of the action in Clone Wars Adventures is represented by these mini-games, and each one is drastically different than the next. There are nearly 20 games in total, and aside from a few, they’re all enjoyable. Some of the standouts include the lightsaber combat, which involves typing out button combinations as quick as possible; a 3D aerial combat game that has you taking on swarms of enemy space ships; a full fledged and very in-depth tower defense game; and even a Bloons clone where you have to throw a lightsaber at crowds of battle droids. There’s also racing, puzzle, typing, and a game where you get to toss Jar Jar Binks as far as possible, which should appease Episode 1 detractors.

But while much of this content is available for free, there’s also a good deal that can only be accessed once you reach the ranks of the Jedi Knights, which means paying a subscription fee. In some cases whole games are completely locked away until you subscribe, while in others you can only access a few levels of a game for free. And some of the best games have content locked away, including the lightsaber combat, which only allows you to experience the initial few training stages before subscribing. While it’s frustrating that a lot of the content is only available to paying subscribers, it becomes even more frustrating when the game constantly bombards you with pop-ups suggesting you become a Jedi Knight. In addition to the games, many of the character creation options and in-game items can only be purchased once you subscribe. If you want an R2-D2, get out your wallet. 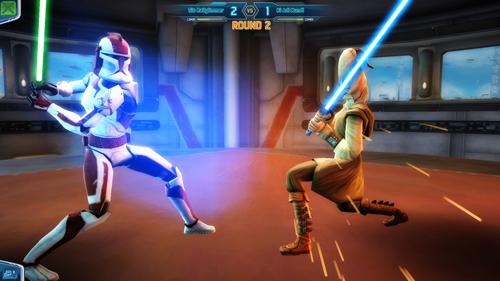 Considering Clone Wars Adventures is a browser-based game, it looks incredible. It maintains the stylized 3D look popularized by the Clone Wars television show, and runs very smoothly for the most part. The exception to this is when you’re in an area crowded with lots of other players, which causes the game to slow down quite a bit. The same goes for some of the faster paced mini-games, such as the hover bike racing, which can get choppy at times. Rounding out the presentation is some great sound design, including all of the iconic sound effects the series is known for and even the announcer from the TV series, who relays all of your mission details in his unmistakable voice.

Clone Wars Adventures may bill itself as an MMO, but it’s really more of a Star Wars themed mini-game collection with a few MMO trappings. And that’s a good thing, as the majority of the games are very enjoyable and fit in well with the sci-fi universe. It’s just a shame that so much of the content is locked away, only available to those who subscribe. What this means is that if you really want to invest yourself in the game, you don’t have much of a choice but to register to be a Jedi Knight. May the Force be with you. If you can afford it, that is.