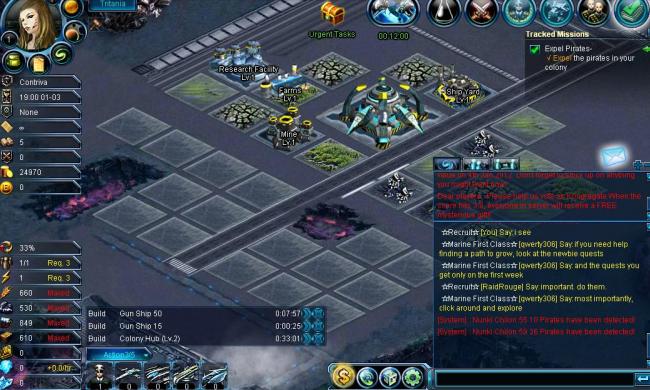 Throw sci-fi and strategy into a blender, and it’s like pancakes and chocolate – two things I love coming together to create harmonious taste sensations. With Star Supremacy, publisher Barbily has crafted a massively multiplayer experience Facebook gamers can truly sink their teeth into.

Similar to the The Stratagems, Star Supremacy is a complex strategy adventure that mixes a bit of city and resource management with real-time warfare. Though the story elements are sparse, the game does offer an excellent setting and presentation that will likely keep most strategy fans rapt for hours on end.

Star Supremacy immediately trumps its predecessors by easing players into the adventure with tutorial missions that make sense and subtle visual cues that ensure you’re always kept on the right track. Unlike the recent The Godfather: Five Families, however, Star Supremacy doesn’t constantly hold your hand or act like a task master. You can build up your civilization in pretty much any fashion you like – focusing on production over your war machine, for instance – but the depth of gameplay isn’t buried so deep as to leave casual players behind in frustration.

The game’s interface is equally a boon, as all your intel is always kept readily available. Moving from star system to planetary view or back to outpost command is as easy as clicking one of several icons located around your main character’s avatar. There are a few things that could have perhaps been explained better, but I found the community to be very forthcoming. A chat box is conveniently located at the bottom right of the screen, though it becomes disabled during full-screen play.

In terms of actual gameplay, Star Supremacy isn’t particularly new or innovative. You’ll output production, trade with community members, build up a military, and the mapping is actually quite similar in design to The Stratagems. All that being said, Star Supremacy is polished and tweaked expertly, offering an incredibly streamlined experience with less waiting, less hassle, and a lot more fun. 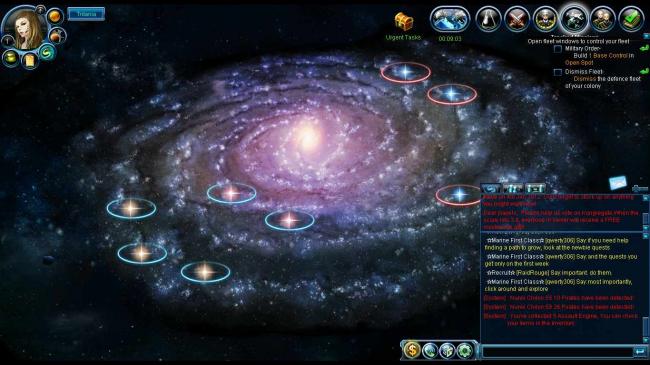 There is, however, less of a focus on cooperative play, though alliances are still a significant factor here. You’ll reap production benefits by joining an alliance, but when it comes to warfare, it’s pretty much every man or woman for themselves.

It’s also worth noting that Star Supremacy runs like butter. No lag, no framerate dips – the fan on my CPU never had to kick in. And yet, the game still looks great. Star Supremacy is compromised mostly of 2D assets, but little touches like clouds floating by and a well-designed mini-map make this game a joy to play. The soundtrack doesn’t offer much in the way of musical variety, but the aural presentation is mesmerizing all the same. Audio cues sound great and keep you constantly aware of vital updates.

In a sea of games shoehorning themselves onto Facebook, occasionally you come across the rare gem that truly works to the strengths of the platform. Star Supremacy might not be the newest game in town, but it’s certainly one of the most polished and well-designed. The presentation is topnotch, and the strategy systems are firing on all thrusters. If you’re looking for a strategy adventure to lose yourself in, Star Supremacy should probably be your first choice.