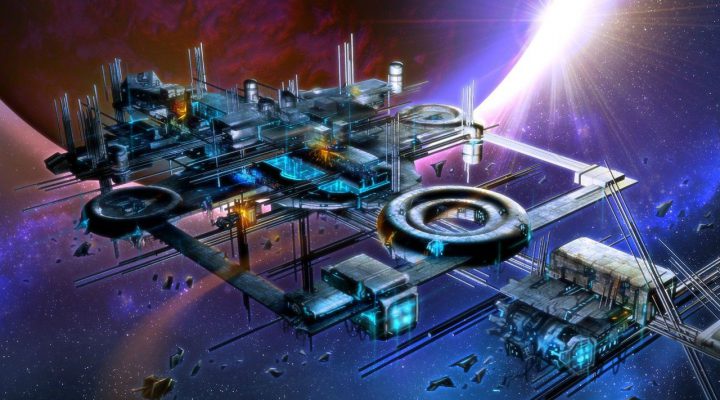 Can take a while to get into.

Star Realms made its promising start as a tabletop deck-building card game that amassed a startling amount of popularity. Its digital adaptation is an excellent representation of what makes it such an awesome game to pick up and play. While many digital card games make it somewhat difficult to understand their core concepts or gloss over what makes the titles fun in the first place, Star Realms is just about as close as you can get to actually playing with a physical deck.

Players face off against the Blob, who have massive, terrifying fleets on their side, and they’re destroying anything they come into contact with. Through building your own defenses and rival fleets it’s your job to take them out and, eventually, go on the offensive. 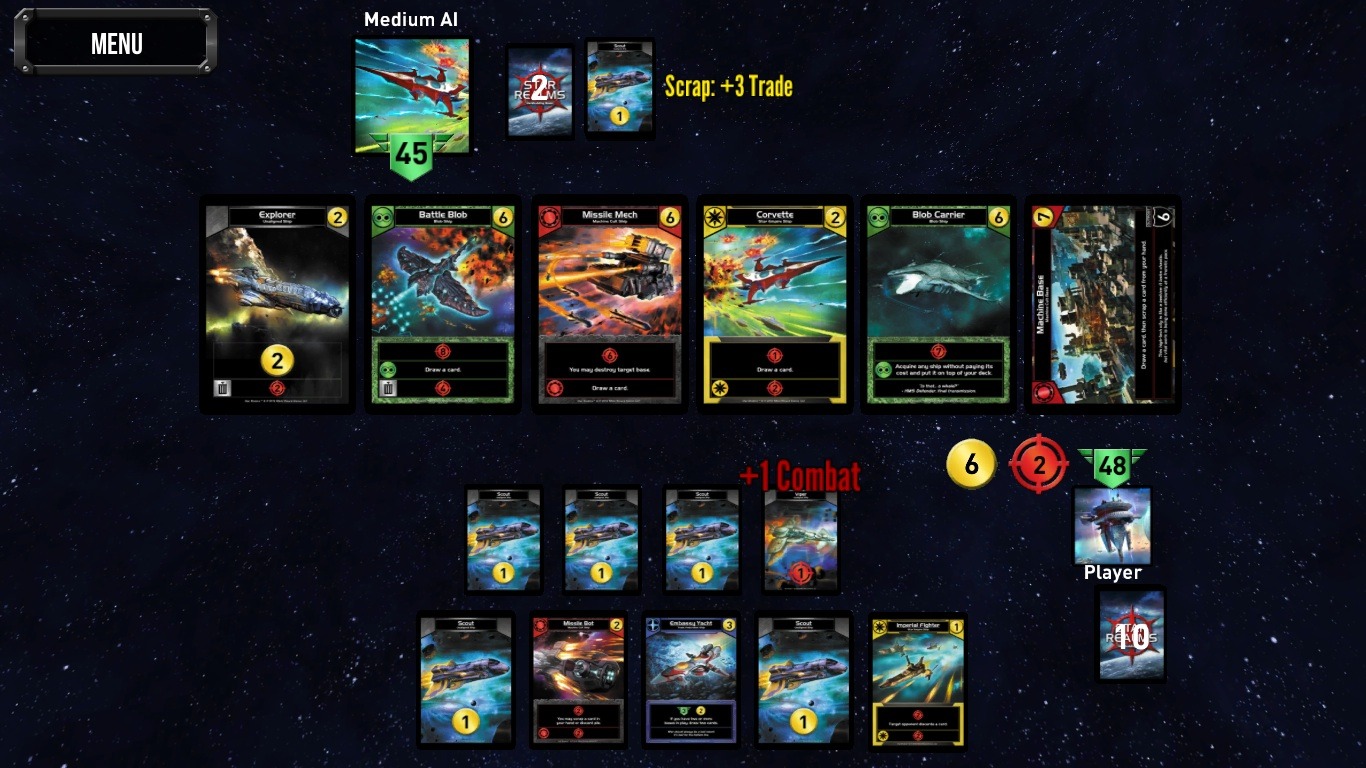 As you build your deck, turns keep going in a fairly predictable fashion. Draw a card in order to earn points in Trade, Authority, and Combat. You can use Trade to spend on new ships, Authority manages your hit points, and Combat allows you to attack your opponents and Authority. It may sound slightly complicated, but it’s actually very simple to understand. If you’re concerned it’s going to be too obtuse, there’s a richly-detailed tutorial mode to fall back on that’s integral for newbies or even those who haven’t played the game in a while. There’s still plenty to learn, even among seasoned vets.

Campaign mode is rife with specific scenarios that you can jump into if you’re not so sure about playing with others as a beginner, with single-player rules and conditions to meet with each mission, or you can simply engage in a match against AI. Online and local multiplayer are gated behind a paywall unfortunately, but hey – they’ve got to make money somehow. 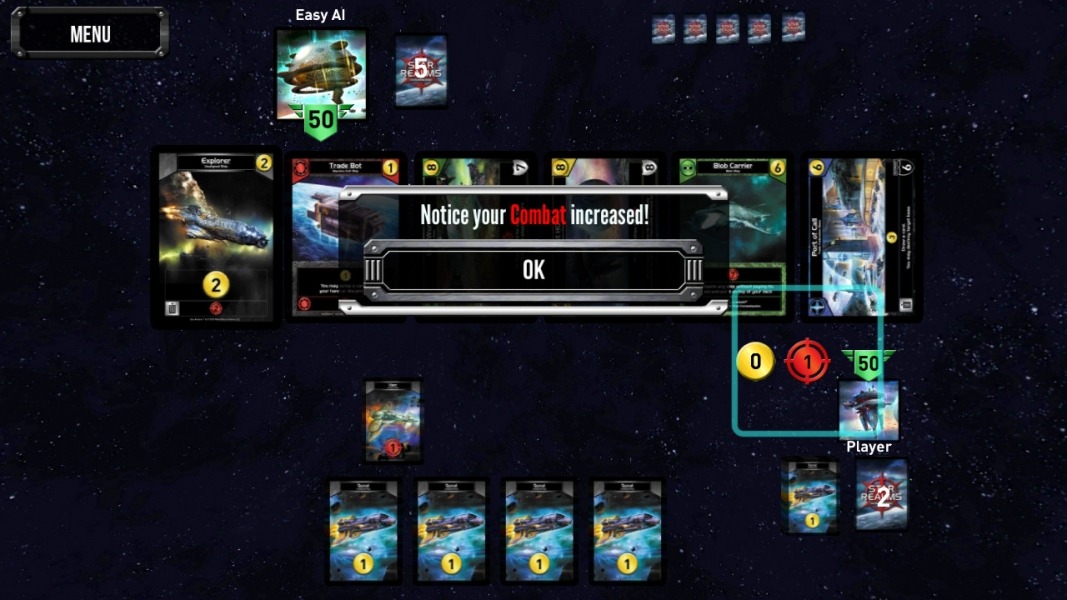 Where Star Realms truly shines, aside from its dedication to remaining as close as possible as it can to its source material, is its gorgeous artwork on every card and close-ups that give you a chance to inspect them and get a better feel for them. There’s a looming respect for the source material here that really shines through in every aspect of the game, even when it comes to sound effects and accompanying background music.

In all, Star Realms is a very tight riff on the deckbuilding and mobile trading card game genre, with plenty to offer for new players and veterans alike. If Hearthstone or Magic have worn out their welcome and you’re looking for something with a little more oomph, give this a try instead.