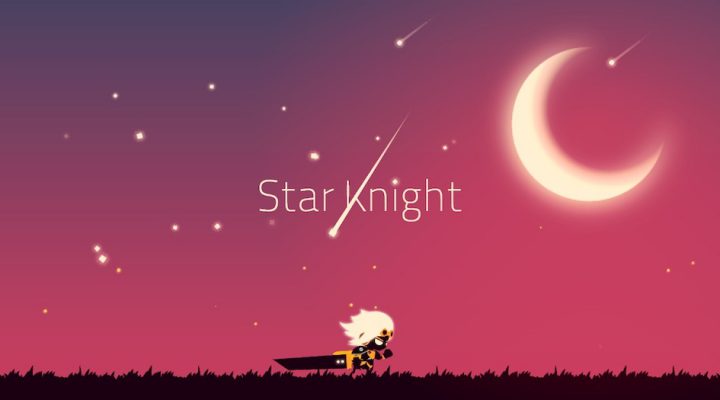 A good mix of platforming and fighting

Easy to accidentally jump instead of attack

I don’t envy the action-platformer that tries to carve out a spot on mobile devices. I don’t envy any game with that goal, honestly; the market’s a teensy bit saturated. But I do think that Star Knight – with it’s fairly solid controls, mix of platforming/puzzles/action, and really cool visual style – has a fair shot.

The overall look really does it for me. I was a pretty big Patapon fan in the old days, back when Sony wasn’t ashamed of the PSP, so just about anything that uses a flat vector cutout motif will grab my attention. It’s also quite functional. Enemies are all pretty easy to distinguish from each other, which makes it simple to figure out how to approach a given encounter once you know what each of them is capable of. Environmental hazards are also pretty obvious due to the color schemes on display, so you likely won’t end up due to not knowing what will hurt you. 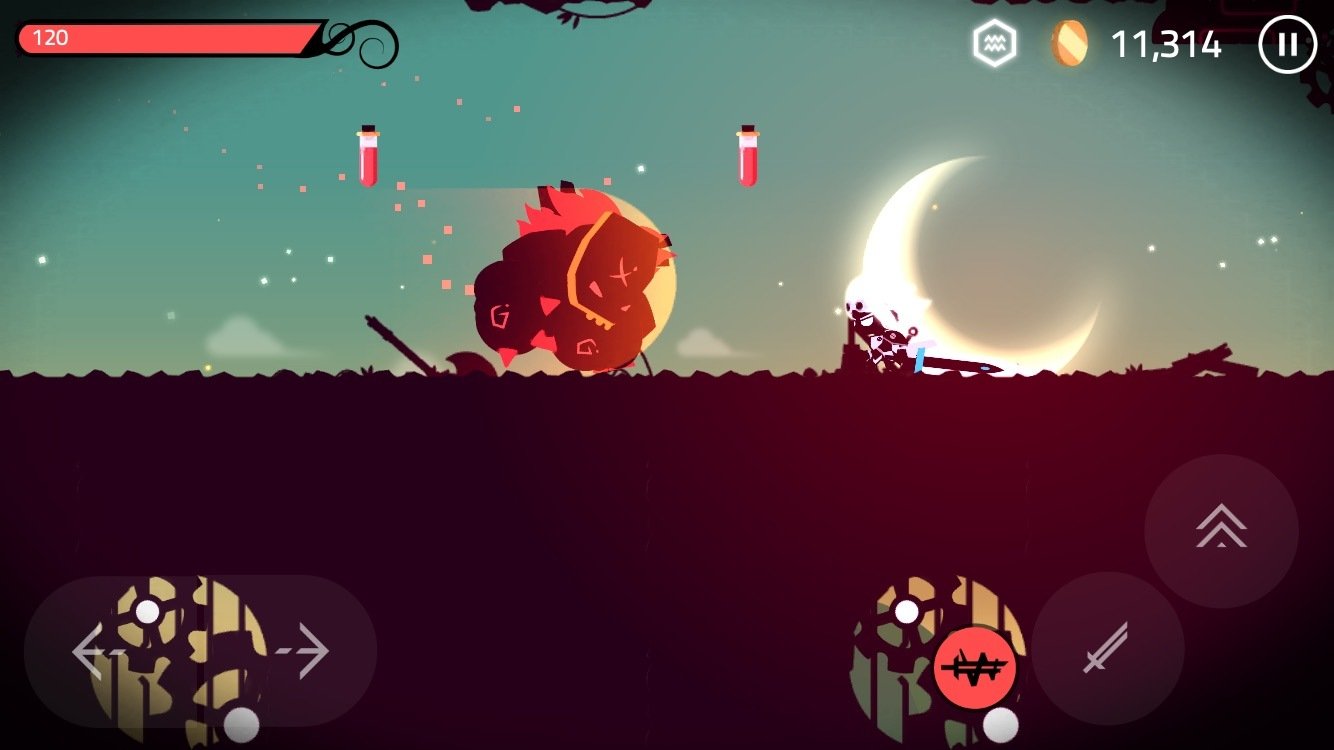 Responsive controls are another thing that Star Knight checks off the list, for the most part. I accidentally hit the jump button while trying to attack more times than I’d have liked, though thankfully I never had problems in the reverse. So no slashing at the air while trying to avoid a bed of spikes for me! So long as you can keep your thumb from wandering too far towards the center of the screen (like I apparently tend to do), you shouldn’t have any problems.

I’m not a fan of all the “leap of faith” moments, though. Making a platformer tough is fine, and filling a level with hazards is also fine, but I never really considered it to be fair when games task players with making blind jumps that usually lead to death if they aren’t pre-cognizant. That sort of stuff happens fairly often here, unfortunately. 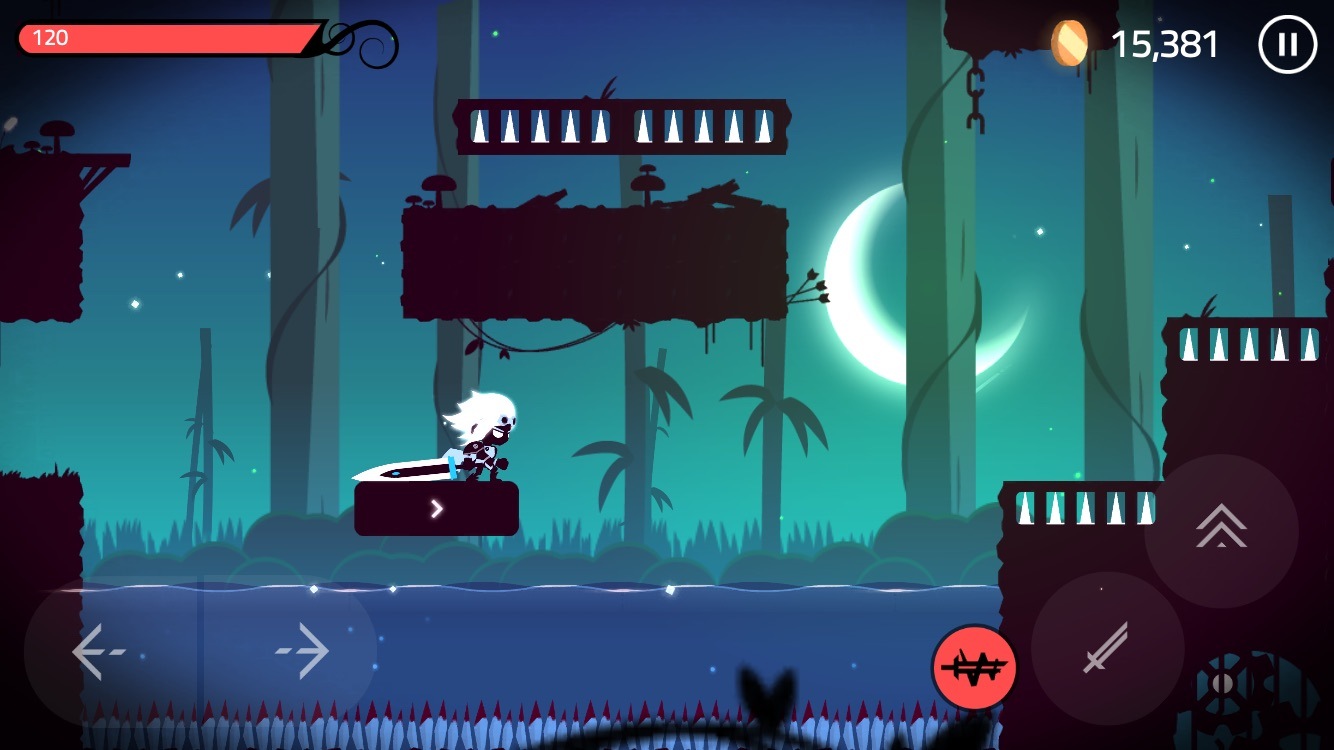 Then there’s the issue – well, not really “issue” so much as “boast” – of difficulty. Things didn’t really become much of a challenge until the last couple of levels of the first area, so if you think things are too easy at first I’d suggest sticking it out a little longer. Eventually you’ll have to contend with collapsing platforms, smashy spike plates, and exploding enemies – all at the same time. It makes for an enjoyable challenge, and pulls of a pretty nice mix of platforming and fighting throughout. The Arena levels can also get to be fairly tough after a few waves, and they have the added bonus of being a great way to earn some extra gold for new weapons.

Star Knight also “borrows” the death penalty system from Shovel Knight. I don’t think this is a bad thing, but there’s no denying the rather blatant similarities. Essentially, whenever you die you’ll leave a portion of your current gold behind. If you want that gold back you’re going to have to retrieve it manually, which can sometimes be a pretty big risk if your swag is precariously hovering over a spike pit or close to some other nasty hazard. It’s a great way to give a bit more impact to player death, add some tension to the more tricky areas, and still provide a chance to recover everything. 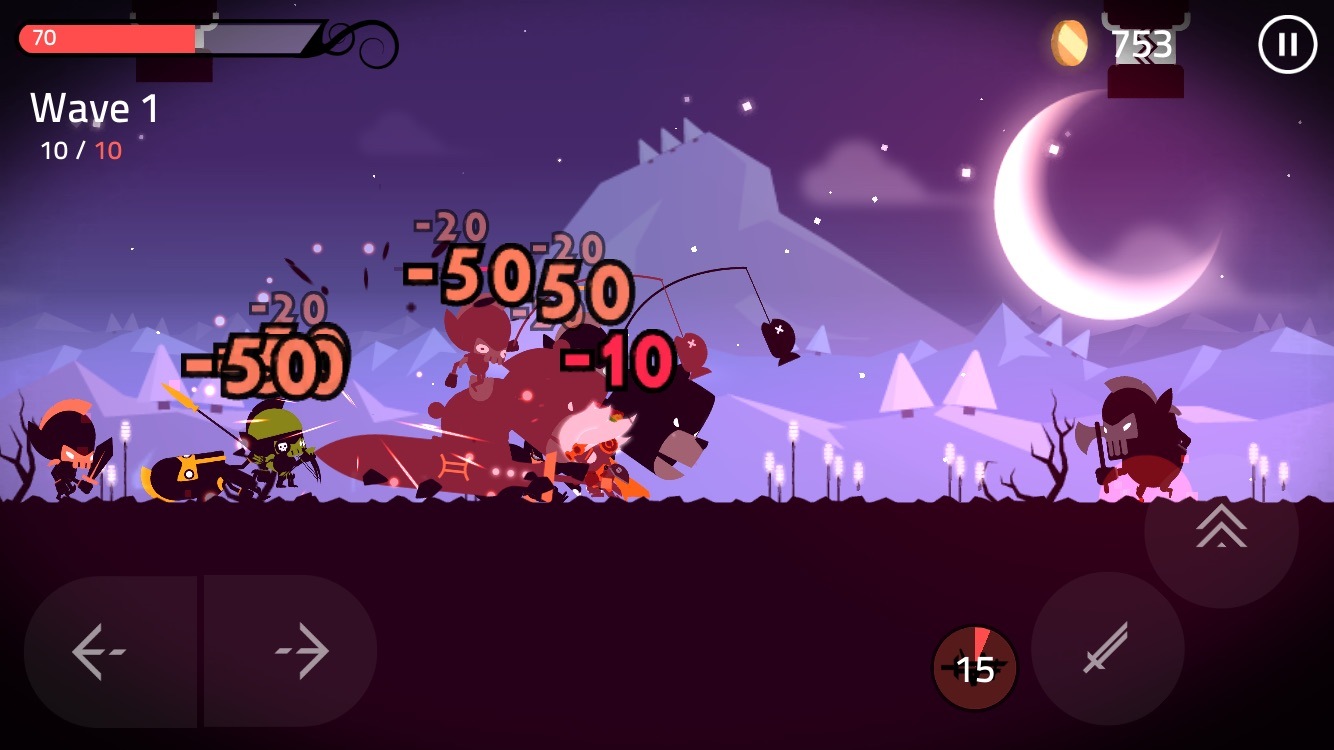 Putting my fondness for the art style to the side for a moment, I was rather surprised with how much I enjoyed Star Knight. It plays almost as good as it looks, and the level designs get appreciably more insidious as you reach new areas. (Except for the blind jumps, anyway.) Star Knight is a cool action-platformer that’s definitely worth a look.