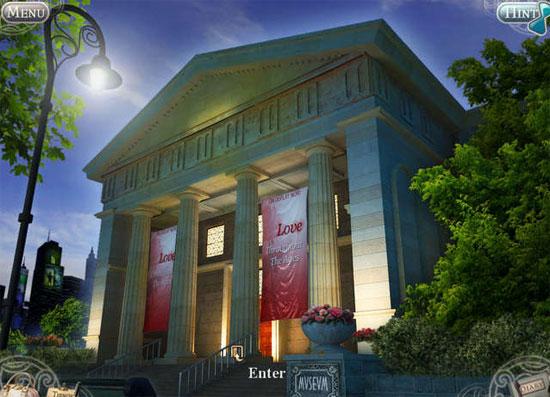 Most hidden object games include a handful of puzzles to break up the action. Star Crossed Love turns that formula upside-down by including almost nothing but puzzles, with little bits of hidden object searching scattered here and there. But just like in “regular” hidden object games, most of these puzzles aren’t particularly good, and the hidden object gameplay isn’t any better. Throw in a few poor design choices and a clumsy interface and what you end up with is a star-crossed game that really isn’t very easy to love.

First things first: Star Crossed Love is not a hidden object game. It’s a puzzle game. You will occasionally need to find hidden objects here and there throughout the game, but only in order to complete a puzzle – pieces of a stained glass window, for instance, which must then be assembled like a jigsaw. Many of the hidden items are ridiculously small and indistinct, and are sometimes scattered across multiple scenes. But there’s no indication as to which scenes contain hidden objects and which don’t, and that can be frustrating; in one level I spent the better part of an hour searching across a half-dozen screens for two very well-hidden objects, one of which I didn’t even know I needed. Not a lot of fun.

Why didn’t I use the hint function, you ask? Because, I reply, the hint function simply isn’t available through much of the game. Hints can generally be had for specific puzzles, although as often as not they simply explain what you’re supposed to do rather than offering up any real assistance. But there are several instances when hints can’t be accessed despite being desperately needed. Wandering aimlessly around the streets of medieval Bavaria with no idea what you’re supposed to be doing? Tough luck, champ, because you’re on your own.

The “skip” feature is similarly unreliable. Most puzzles can be bypassed after a timer expires but one or two cannot, and at least one of that number, an exercise in pattern recognition, is a real toughie. Believe me, when a puzzle has no hints and no skip option, things can go from frustrating to infuriating in a serious hurry.

The controls in Star Crossed Love also suffer from a glaringly awful design flaw: The inventory, which naturally gets a fair bit of use, only pops up when the cursor is placed over the heroine’s purse – and disappears as soon as it’s moved away, intentionally or not. It may sound like a fairly minor point but the first time you have to transfer a half-dozen items from your inventory to the game screen you’ll come to realize that it’s a bafflingly bad system. Who in his right mind could have possibly thought this was a good idea?

Visually, the game is decent but unremarkable, which is also a suitable description for the music. The story, about a young, attractive, successful young woman in New York City who just can’t seem to find her true love, is paper-thin and doesn’t really end but rather just stops. Stories in games like this have a tendency to be on the light side but this one is particularly laughable, especially since the gameplay doesn’t even come close to making up for it. 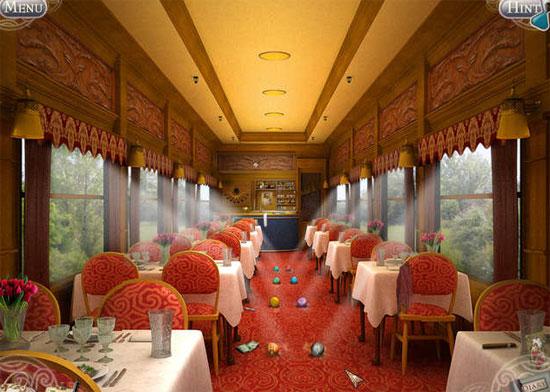 And that’s the real problem. I can put up with a flimsy plot and lack of polish (such as the scene in a train car in which a dozen or so important-looking items were all labeled “Some Object”) if the basic gameplay is enough to keep me interested. But Star Crossed Love just doesn’t rise to the occasion. Most of the puzzles have been culled from other games – repeat the notes, assemble the pieces, connect the circuits, match the pairs and so forth – and while a couple are challenging and rewarding, most are dishwater-dull.

Sometimes I worry that I’m not the right person to review a game. This may come as a shock, ladies, but I’m not exactly Lance Romance here and after I’d been playing Star Crossed Love for awhile I began to wonder if maybe my appreciation of the game wasn’t somehow being co-opted by my tendency toward the curmudgeonly. I enjoy a challenge but to me the whole thing felt cheap, obtuse and arbitrarily difficult. But was I being objective?

I think so, yes. The story is saccharine and goofy but that’s nothing new; the real problems are the cumbersome interface, inconsistent hint and skip options, and moments of stubborn, frustrating aimlessness, which I strongly suspect will put off all but the most die-hard puzzle fans. The puzzles themselves aren’t especially noteworthy on their own and certainly not enough to distract from the flaws that plague the rest of the game. Star Crossed Love could have been a nice break from the usual HOG routine but when you put it all together, there are too many pieces to this game that just don’t fit.