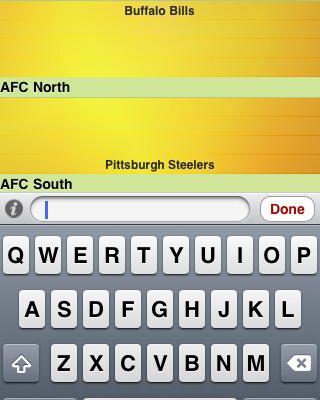 Trivia games on the iPhone have had something of a mixed reception as of late. Some games ask you straight up questions, others give you a series of clues, and some even pit you against live competition. Whether for good or for bad, we thought we had seen every kind of trivia game imaginable. Then we played Sporcle.

Rather than asking you specific questions, Sporcle challenges the total sum of your knowledge on a certain topic. Do you enjoy Adam Sandler? Name all of his films. Feel well-versed in hockey or basketball? Name every professional team. US States, the works of William Shakespeare, the 12 days of Christmas – Sporcle will test you on all of them. 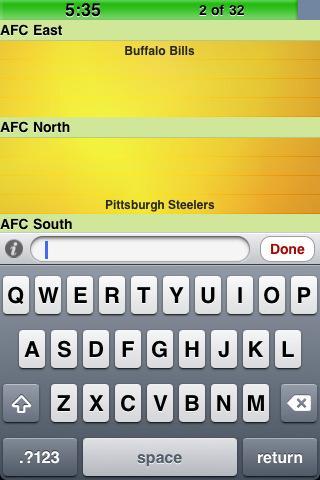 Sporcle turns the classic trivia formula on its head in a way that couldn’t be more refreshing. Rather than asking dozens of questions with a single answer, Sporcle asks a single question with dozens of answers. Instead of struggling to find an answer and rush to the next question, you’ll be squeezing every last drop of brain juice you have to get your memory going to answer as much as you can before walking away from a challenge. It’s a unique rethinking of the trivia genre that any trivia nut should love.

Presentation is minimal, but Sporcle has it where it counts. The game relies heavily on the iPhone’s on-screen keyboard, which monopolizes a good deal of on-screen real estate. To compensate for this, the empty lists you’ll be filling automatically scroll once you’ve provided a correct answer. Depending on the question at hand, sometimes things will be broken up into additional categories. Pick baseball teams, for example, and things will be organized by AL East, NL West and so on. Shakespeare’s plays are broken down into comedies, tragedies, and histories. These sub-categories can really help you narrow down what you’re missing when trying to come up with every possible answer. 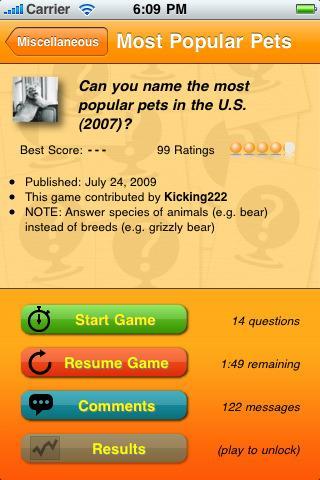 Any complaints we have about the game are minimal at best. The original Sporcle (playable for free on sporcle.com) offers a far broader range of quizzes, and also features neat visual tie-ins for some of the available challenges (geography ones feature maps, for example) which are completely absent from the iPhone app. Again though, we’re nitpicking here. Sporcle for the iPhone offers a tremendous amount of content with new quizzes added regularly, and the lack of a graphical tie-in is more than excusable given the size of the iPhone screen.

For only 99 cents, Sporcle offers up terrific variety and a fresh take on trivia that could easily find a home on any iPhone out there. If you’re getting tired of all of the generic quizzes that have filled the App Store, Sporcle will make you believe in mobile trivia again.

PuppetShow: Souls of the Innocent Review