Home / Reviews / Spoiler Alert Review: Save the First for Last 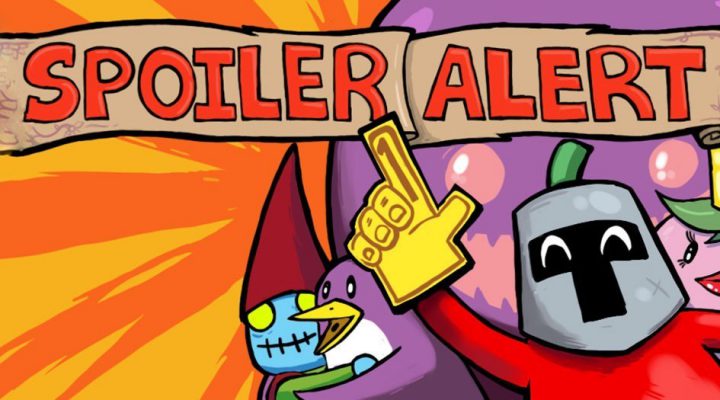 At their best, levels make you feel acrobatic as you test your precision

For every memorable level, there's one that's forgettable and uninspired

The game's sound effects and music are often grating

I don’t know about you, but personally? I can’t stand videogame credit sequences. Don’t get me wrong: I have a vast appreciation for the hard work that goes into delivering the bleeps and bloops that I love. More often than not, however, these long, unskippable reels of text do little service to the men and women behind the scenes, serving to bore more than to thank. Worse still, they often signal the end of a great experience. So if you are in fact anything like me, your interest will piqued when I say that for novel platformer Spoiler Alert, the credits are just where things begin. 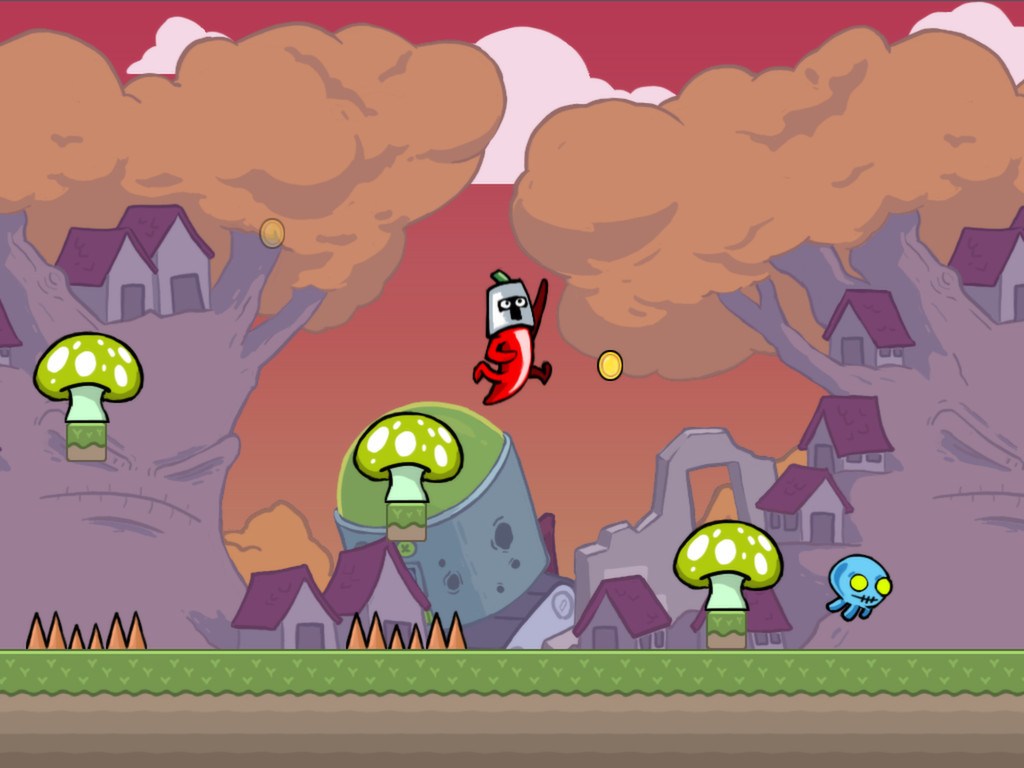 Right from the opening menu, Spoiler Alert lets you know that genre standard, it ain’t. Starting you off on level 30 of world 3, developer Megafuzz pits you almost immediately against the fearsome Mr. Death Bunny, in a final battle to abscond with the fair Princess Tomato. One quick bonk to the head later and you’ve dispatched the steroid-induced rabbit and scooped up the vegetable (fruit? vegetable?) damsel, and trotted off to greener pastures. Not but a “programming by” later, though, does the time-space continuum get thrown out of whack, sending the brave Chilli Knight zooming backward, forced to retrace his steps to prevent the universe from imploding under the weight of irreconcilable paradoxes.

And so it is that Spoiler Alert has you racing backward from 3-30 to 1-1, taking care to collect any coin, stomp any baddie, and grab any power-up that past-you came into contact with during the first unseen playthrough, while avoiding anything else. A perfect run is defined not by snatching up or taking down everything in sight, but rather by emulating a very specific path with a carefully timed series of taps. Your standard touch-based runner, turned on its head.

At least, that’s the sales pitch. Regrettably, Spoiler Alert’s premise of hurtling back through time without breaking anything proves rote as often as it does rewarding. Clever concepts like snatching up a fire-breathing power up in reverse and tapping deftly to inhale the flaming balls you presumably spat out lead to levels that feel downright acrobatic. Littered throughout the game alongside moments like this, however, are entirely forgettable interlude stages that have you doing little more than tapping to jump over the heads of easily avoidable enemies, or generic spike pits.

Providing the player easier challenges to lay the foundation for more demanding gauntlets is no crime, but each of Spoiler Alert’s 3 worlds has an almost 1:1 ratio of delightful moments to dull ones. The result is an experience that struggles to find a sense of pacing, and often feels as if it’s looking at you expectantly, hoping you’ll be enthralled solely by the fact that you’re going in reverse. “See, it’s like a standard runner but with a twist!” After 90 levels, unfortunately, I started to feel like the twist was the fact that a concept so novel could result in an experience so middling. 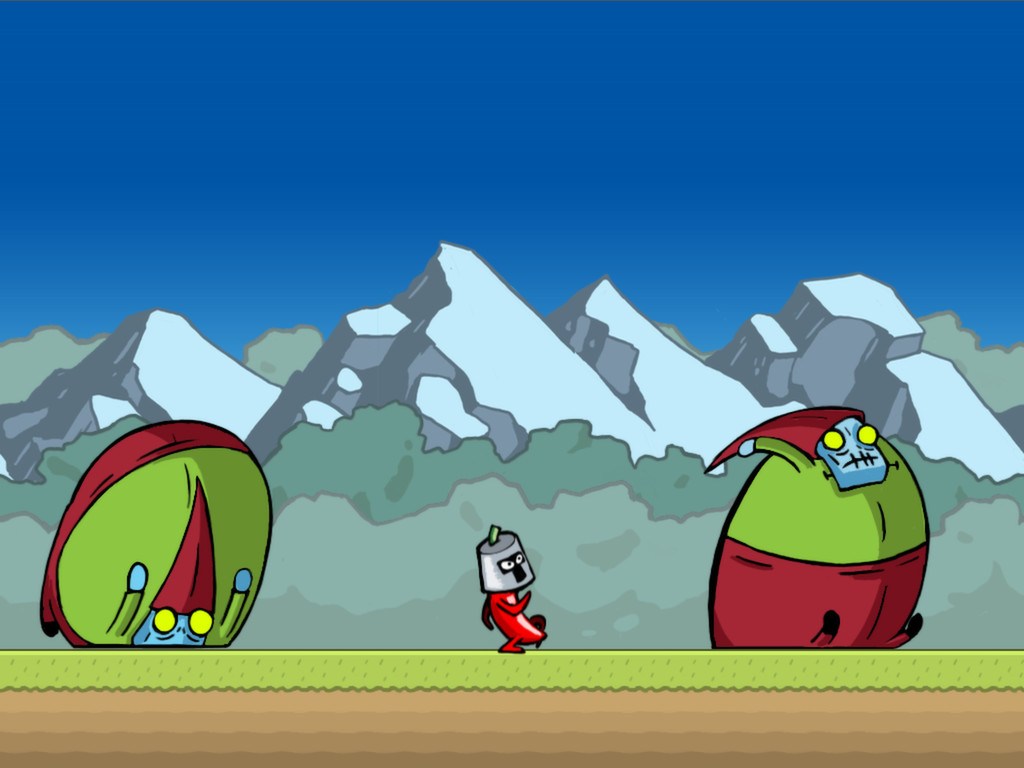 The mediocrity of Spoiler Alert’s level design and mechanical execution is made all the more saddening by the fact that its aesthetic and narrative tone are wonderful. Rendered in a simple, painterly fashion, the game’s vistas look caught between having been crafted with a brush and a crayon. Top-notch enemy animations and doting touches belie what at first seems like hastily drawn sprites, giving Spoiler Alert the hard-to-capture feeling of a child’s imagination brought to life. Sparse but irreverent writing ties the experience together, giving the game a tone reminiscent of that particular brand of cartoon which is too smart for its own good.

And perhaps, ultimately, that’s the pitfall of Spoiler Alert as a whole. A game whose origins began with “what if we just,” but never quite finished the sentence, so to speak. A game so focused on sending the player backward, that it never thought about whether it was propelling its genre forward in any meaningful way.