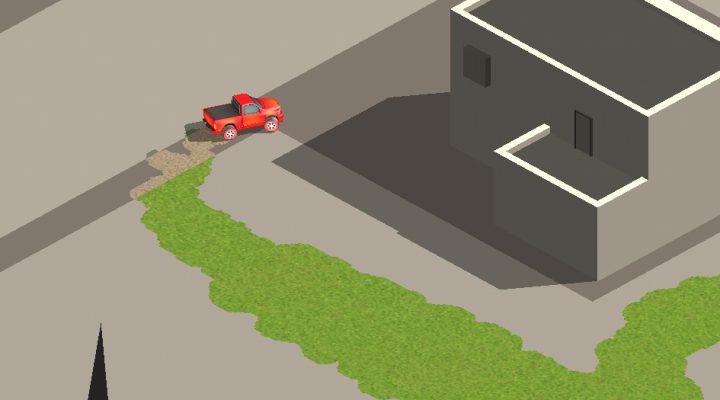 Fun to tear around the map dribbling color everywhere

Running out of retries can creep up on you quickly

Removing ads will not remove the energy timer

Splash Cars is an odd mixture of wacky racing, survival, and painting that makes me happy – most of the time. I’ve enjoyed playing it, and will continue to do so, but that energy timer gets in the way a lot more than I’d like.

Each level in Splash Cars is a grey canvas that’s desperately in need of some color, and it’s up to you to give it a touch up. All you have to do is drive around and your car will automatically leave a colorful wake behind it, but you’ll want to concentrate on avoiding major collisions while also keeping your gas reserves up or else your run will end prematurely. Though damage isn’t anywhere near as big a concern as running out of fuel. 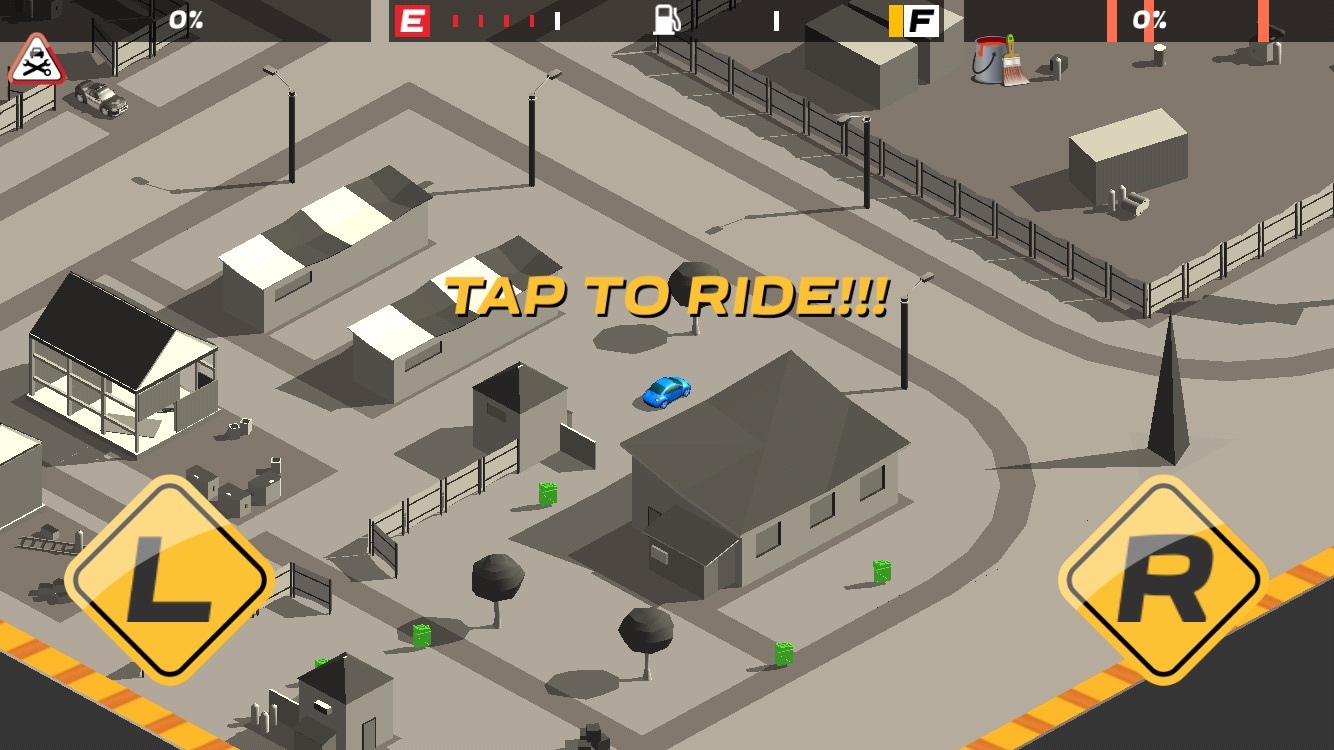 Driving around a simple 3D environment that becomes increasingly more colorful, hunting down gas canisters, grabbing power-ups, and avoiding police cars is great. It’s a lot of fun to skillfully weave between houses and watch them both suddenly shed their grey in favor of a much more vibrant palette, and it’s not even that bothersome when a mistimed turn results in a momentum-halting collision with a tree.

There’s also a progression system that’s tied to regular play activities (such as driving for so many collective meters) that will incrementally give you extra bonuses like a slightly increased paint spread, which goes a long way towards softening the blow of a failed run. It’s a shame there’s no Retry button, though. I usually want to jump back into a level if I miss the third star, but I have to go back to the main map screen and re-select it instead, which is just a little irksome. 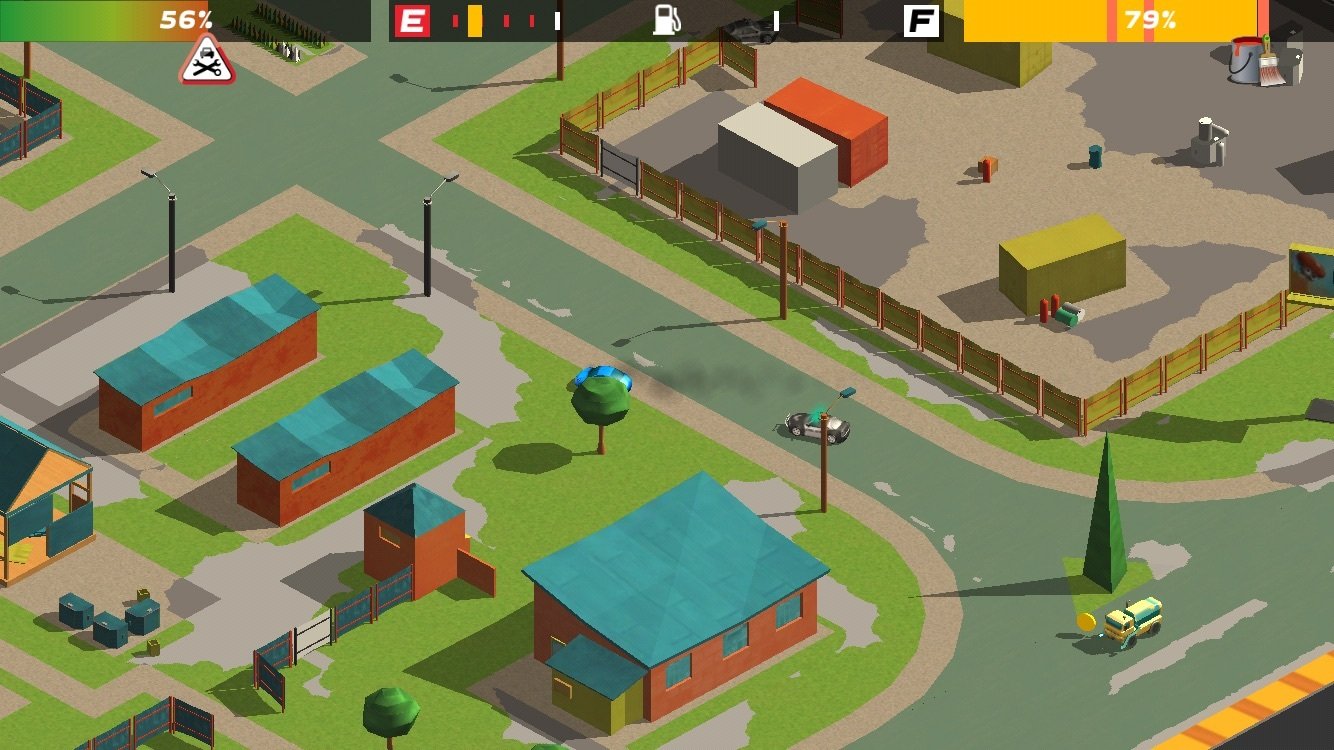 I’m also not all that excited about Splash Cars’ free-to-play elements. I don’t mind the inclusion of ads or even the energy timer (a.k.a battery power), but the timer won’t take long to run out – at least not until you’ve managed to earn a few extra battery slots. But even that I can work around. What I don’t much care for is how that battery meter doesn’t ever go away, even after paying to remove ads. At least you can spend coins or watch a video to refill battery power, which is nice I guess, since you don’t necessarily have to cough up real money.

If it seems like I’m being too negative about Splash Cars’ monetization, it’s only because I’ve been having so much fun with it. I think it’s well worth playing, but I also think the in-app purchase stuff could definitely use some work.