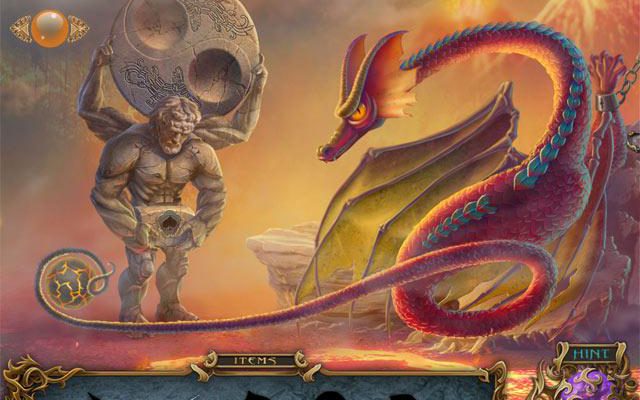 Alright, let’s admit it; ERS Game Studios needs to slow down. The company’s latest hidden object adventure, Spirits of Mystery: The Dark Minotaur, is a product—some might say a victim—of ERS’s breakneck publishing pace, and as such feels sloppily designed, narratively muddled and distinctly recycled.

Much like the previous Spirits of Mystery games, The Dark Minotaur casts you as a young princess who’s carrying the weight of the world on her elegant shoulders. This time, your job is to stop an evil sorceress who’s stolen the animals from the royal menagerie, intending to use them to wake a mythical beast called the minotaur. (Presumably, waking the minotaur is the key to world—or at least kingdom—domination. You don’t know this at first however; your only goal is to rescue your animal friends.) 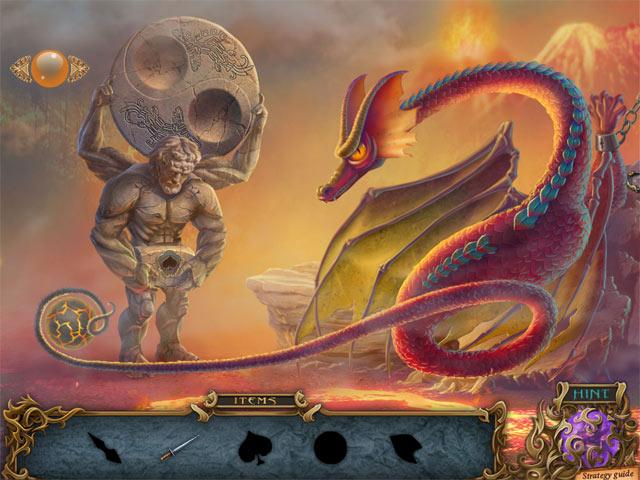 Rescuing the royal menagerie’s former inhabitants is essential, and not just because they’re your chums. These animals are magical and grant powerful boons to whomever holds them. Now, you’re probably wondering, if they’re so important why’s a princess like you allowed to go after them instead of say, the royal army? <shrug> Perhaps you have very liberal parents? Whatever the reason, you set out investigating the animal-napping and immediately discover the sorceress didn’t act alone. Her henchman is the royal hunter, a sour-looking guy who for some reason also has magical powers. [Side note: I’m almost certain I’ve seen the character model for the hunter in another ERS game where he was cast as a magician. I seem to remember he had a black panther companion in that game too.]

Lacking a sidekick of your own, and toting a motive that’s a weensy bit weak, you start to work tracking down the menagerie. Although the story is pretty generic fairytale fare, the search for the animals does provide an excuse for some interesting gameplay. For instance, as you find each of your animal friends, you gain a corresponding animal amulet which flashes whenever an animal has some help to offer. Of course, even magical animals don’t work for free. They want some good eats before conjuring up those useful items and so you’ve got to find things like grain, milk and tasty bamboo.

Aside from bonding with your pets, another fun part of the game allows you to use magic mirrors to see monsters hidden in the scenes. The game’s hidden object aspect is enlivened by this mode shift, although you’re still asked in other areas to seek out items shown in silhouette, then find a way to use them with other things in the scene. ERS gives a twist to the interactive hidden object mode by adding an on-screen button that allows you to swap between two different scenes. They’ve also included a brief element of match-three gameplay, which although somewhat clunky, offers another nice change of pace. 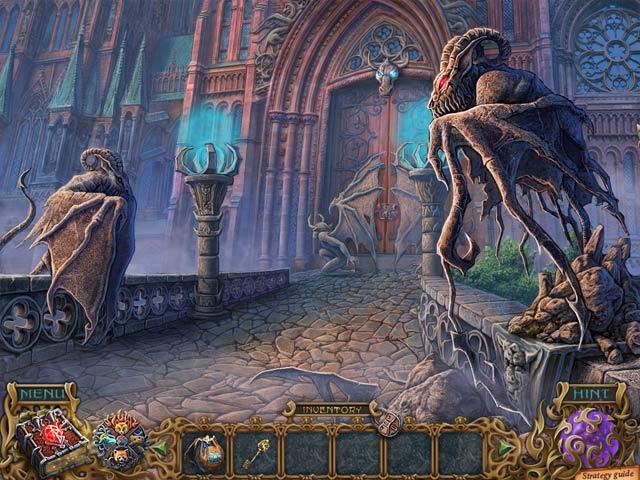 There’s some fun to be had here and the game looks and sounds pretty good. Ultimately however, it suffers from things that I suspect are the result of hasty development. Most obviously, the game isn’t completely stable and crashed three times during my play session. There were also some obvious bugs, such as the black screen that became visible when I zoomed in on a skeleton’s shirt pocket. Other issues include a deceptive hint system that fails to correctly direct you to your next immediate objective, and some fiddly interactivity that makes you think an item can’t be used when in fact, you’re merely clicking outside of its narrow trigger range. Further, in terms of item usage, there are a good number of absurdly convenient setups, such as the key to a prisoner’s shackles being on the window to his cell, and a handy battering ram sitting right next to a cave-in.

Story-wise, The Dark Minotaur is something of a puzzle …and not in a good way. Throughout the tale you’re trying to stop a cataclysmic event that will unleash a terrific evil upon the world via the titular minotaur, but then very little actually happens. The minotaur himself even feels like an afterthought. I won’t spoil things with more details, but let’s just say the ending’s a definite let-down. The game’s bonus chapter fails to remedy this and in fact, offers an even less-compelling motive for action than the main storyline does. 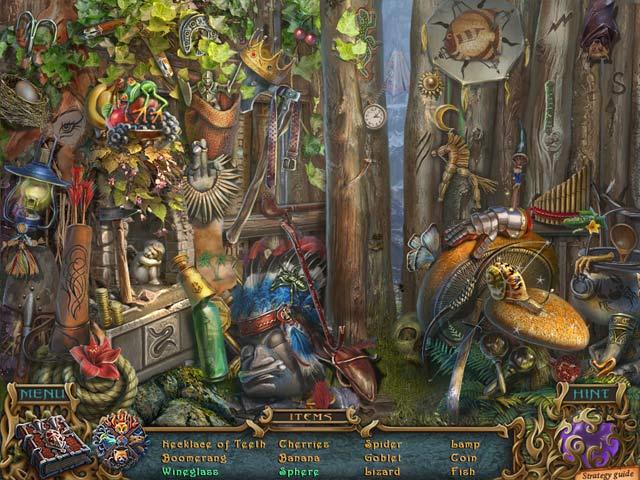 This Collector’s Edition comes with the usual extras: concept art, wallpapers, screensavers, videos (the ones from the game) and music tracks (which sound as if they’ve been recycled from previous ERS games). In an attempt to add something new the extras, ERS also includes what they call “user pictures”, more commonly known as profile icons or avatars, but these are basically pointless.

Spirits of Mystery: The Dark Minotaur is a decent game. Although here and there it’s inspired, its forgettable story, obvious bugs, lazy design and recycled audio/visuals prevent its entertaining individual gameplay moments from adding up to an entertaining whole.