Home / Reviews / Spirits of Mystery: Song of the Phoenix Review

Spirits of Mystery: Song of the Phoenix Review 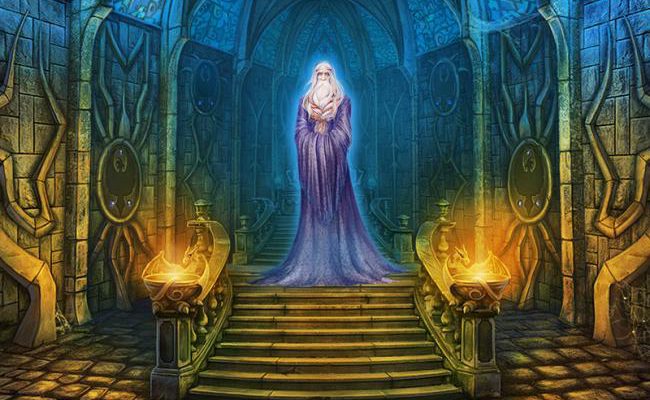 Spirits of Mystery: Song of the Phoenix is proof positive that ERS Game Studio are masters of the hidden object genre

Spirits of Mystery: Song of the Phoenix takes place in a medieval fantasy world wherein two powerful kingdoms—the Dragon kingdom and the Phoenix kingdom—have spent three centuries at war. This 300 year old conflict is on the verge of being resolved by a marriage between the Dragon princess and the Phoenix prince, when the prince’s older brother (working in cahoots with an evil sorceress) kidnaps the prince and imprisons him. The delusional scumbag then demands that the princess marry him instead, or he’ll kill her unfortunate groom. Of course, the princess isn’t about to let this happen. And in an interesting twist on the whole “damsel in distress” thing, it’s she who must do the saving, of both the two kingdoms and her prince. 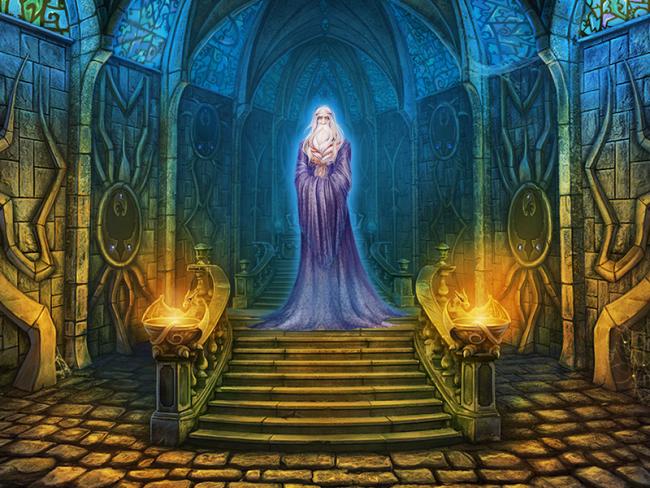 What I love about ERS is that its high standard is apparent before the game even starts. The main menu’s fire-breathing phoenix and echoing voice-over are merely the first of countless details that spell the difference between this great hidden object game and other, more mediocre ones. After that, what’s immediately noticeable is the effort made to bring the world to life through full character animation. Where other games only have talking heads, Song of the Phoenix also shows characters moving through their environments. In addition, much attention is paid to animating little details, such as the tail-twitch and deep breathing of a sleeping panther. These small touches are everywhere and go a long way toward convincing you of your magical transport to another world.

This level of quality is often missing from hidden object games, but in Song of the Phoenix it’s the guiding principle, and goes well beyond just animation. Gameplay too benefits from it. Expanding on the game’s exploration aspect, a magic amulet allows you to scan environments for hidden symbols and clear the areas of malignant spells, a process that often reveals hidden object scenes. Hidden object sequences themselves come in two flavors: the familiar “find the things on this list” kind, and another, more complex kind that cleverly integrates puzzle solving and hidden object play. 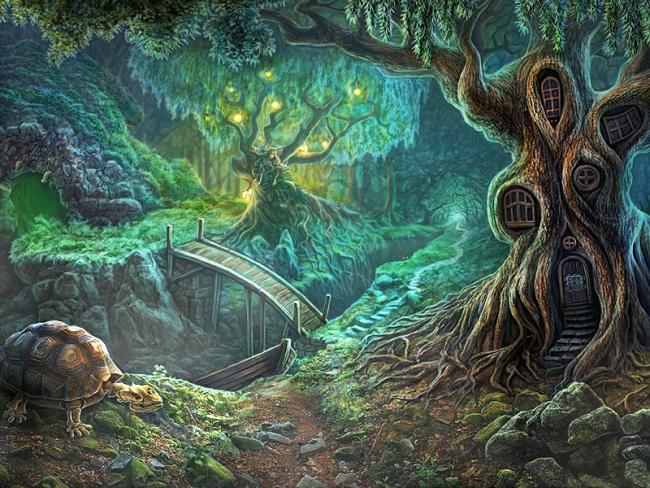 Puzzles outweigh hidden object sequences here something like 3 to 1, and that ratio works perfectly thanks to Song of the Phoenix’s large number of creative and beautiful puzzles. (My personal favorite is one involving the placement of metallic chameleons.) Puzzles range from the “solve-in-two-seconds” variety to the sort that’ll keep you arranging and re-arranging elements for a good fifteen minutes. The mix of the two is good, and keeps the game rolling along at a sensible clip.

Along with ambitious animation, creative puzzles and expanded notions of hidden object play, Song of the Phoenix also boasts an amazing amount of custom-made scenes and voice acting. Unlike most hidden object games, every character has full voice. And while the performances aren’t Oscar-worthy, the sheer amount of voice acting in the game is definitely impressive. Far better than the voice acting however, is the game’s character and environment design. Other companies would be hard-pressed to outdo ERS when it comes to creating mouth-wateringly beautiful scenes, and this game contains a truly overwhelming number of them. 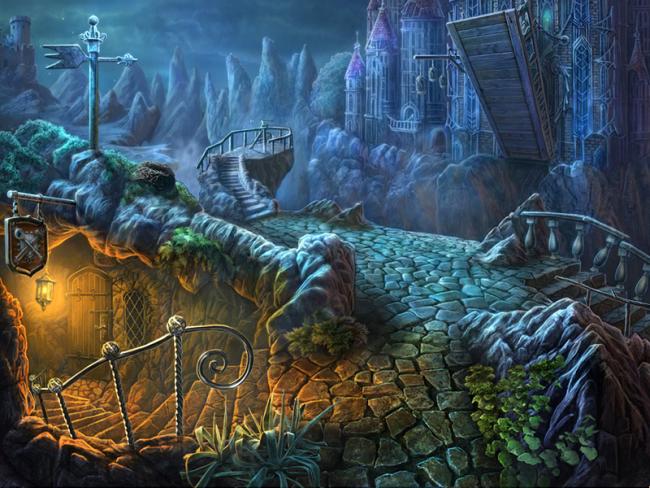 Song of the Phoenix’s main game has plenty to offer, but with the initial release being a Collector’s Edition, completing the main story unlocks a bonus chapter as well as concept art, music, wallpapers and screensavers. The bonus chapter’s narrative continues the thread of the main game, albeit in a tangential way, and while the storyline feels only marginally related, the bonus chapter does offer a good number of fascinating new scenes to explore.

Spirits of Mystery: Song of the Phoenix is a spectacular hidden object game. As usual, ERS leads the quality charge, with its simple but winning combination of strong story, great graphics and innovative gameplay. Forgive me for sounding a little like an ERS fangirl, but hey—isn’t it good to know you’re getting value for your gaming dollar? When you buy an ERS game, there’s never any doubt.