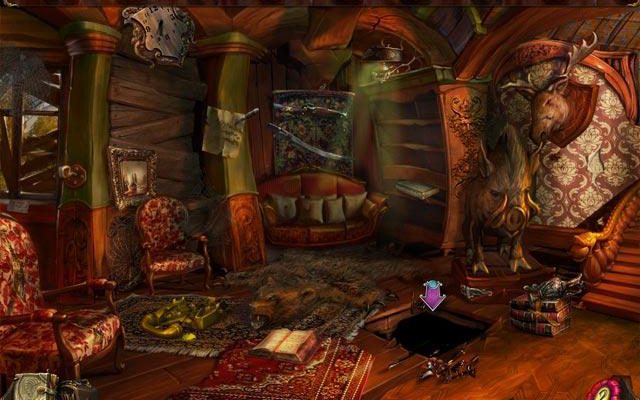 The ghost of a young girl needs your help, but is she telling you the whole truth?

You’re stuck in the middle of a game of ghostly He Said/She Said in the hidden object game Spirit Seasons: Little Ghost Story. Elderly butler Jacob insists that he’s trapped in the house with a malevolent spirit, while Agatha, the ghostly girl in question, maintains that Jacob is a bad man who let her die. With a broken car and no way to reach help, you’re stuck sorting out the mess if you ever want to get home.

You’ll roam the halls of the decrepit house looking for answers as to who’s telling the truth, searching each room for clues. By reading various notes and news clippings, you’ll learn that Jacob and his wife were looking after Agatha after her parents were killed in an accident. Discovering the truth about how Agatha died will take a bit more effort, which is where the hidden object searches come in. 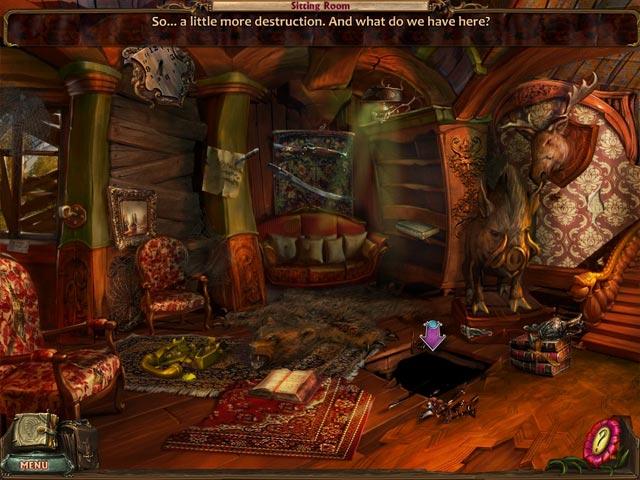 In the hunt/fetch formula that’s common to the genre, you’ll have to finish various hidden object levels in order to retrieve the specific item, like a ladder or a key, that you need to proceed to your next destination. The levels themselves are presented as a laundry list, with certain items being highlighted in red. To find those, you’ll have to interact with the scene in some way, either by peering more closely into something like a bucket, or simply shoving a pillow out of the way to see behind it.

The items jumbled together in these portions of the game are all very well drawn, but the searches aren’t as interesting as they could be. No matter where you are in the house, you’ll have to find plenty of acorns, gloves, and seashells, as they tend to repeat level after level. To add to the ennui, you’ll frequently have to find several of each, which feels like an artificial way to make the game longer.

A few puzzles are mixed in among the hidden object searches, but they’re pretty rare and are the kind of brain teasers you’ve seen many times already. You’ll reconnect wires to complete circuits and reassemble jigsaw puzzles to undo locks (sometimes more than once for the same lock, hooray). The puzzles are all well done, and skippable if you’re simply not in the mood, so while they’re not exactly something to get excited about, they don’t get in the way of the fun, either. 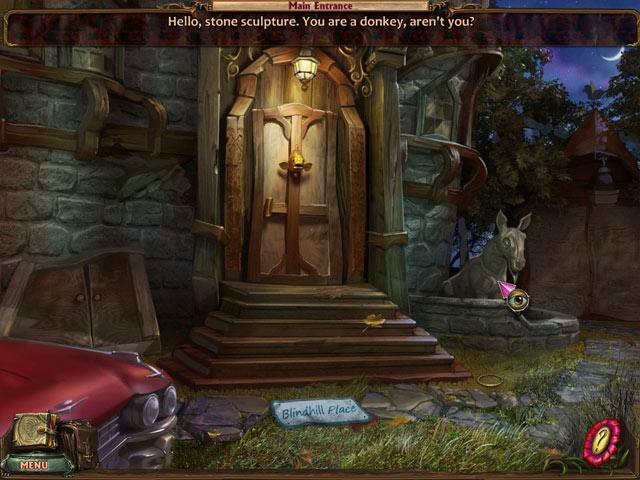 Spirit Season‘s biggest problem is the way it constantly fumbles the language. At first, its awkward grammar is almost charming, as you read a news clipping hoping that Agatha’s parents can “insoul” the town, but as you engage in more conversations, the mangling becomes more obvious and off-putting. Agatha calls Jacob “a great fabulist,” (she means “liar”) and your dialog choices are so curiously phrased that it’s sometimes hard to guess what you’re about to say. These kinds of mistakes could perhaps be excused because you can still get the gist of what’s going on, but when the language issues begin creeping into the actual gameplay, it’s tough to maintain your enjoyment. I spent several minutes scanning a scene for two “jawbones,” only to give up in frustration and use a hint. Turns out they were staring me in the face the entire time – a set of wind up chattering teeth from the joke shop.

Spirit Season: Little Ghost Story is just shy of being really enjoyable. It’s lovely to look at, and its twisting, turning story will definitely keep you interested, but it simply falls short too much of the time. With the recent trend in spooky HOGs, there are far better ways to get your ghostly fix.