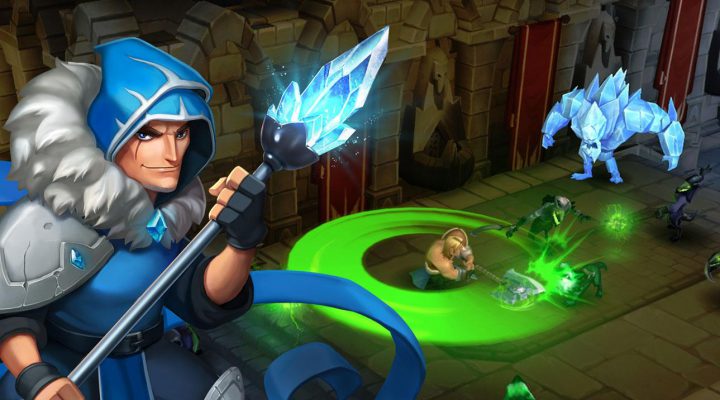 Tons of loot to collect.

Streamlined menus make it an easy game to play.

Free-to-play system means you run out of stamina quickly.

Some grinding necessary to level up and progress.

Spring has finally come to the northern hemisphere. The air is soft, trees are slowly unfurling their pale greenery, and birds seem to be singing from every corner of the sky. It’s time to stand up from your pile of video games, shake yourself off, and join Nature’s splendor.

Ha ha. Good one. There are too many games out there to allow ourselves a single moment to glance at spring’s glory. Okay, that’s a bit of an exaggeration, but you should make sure you’re still receiving a hefty dose of vitamin V every day. Hack-and-slash RPGs are a particularly good source, and since Kabam’s Spirit Lords is an enjoyable, streamlined entry in the genre, it should make for painless administration.

Spirit Lords takes place in a world where spirits drift alongside the living. When evil creatures begin capturing and using the spirits for their own nefarious purposes, heroes (that includes you) step up to do something about it. 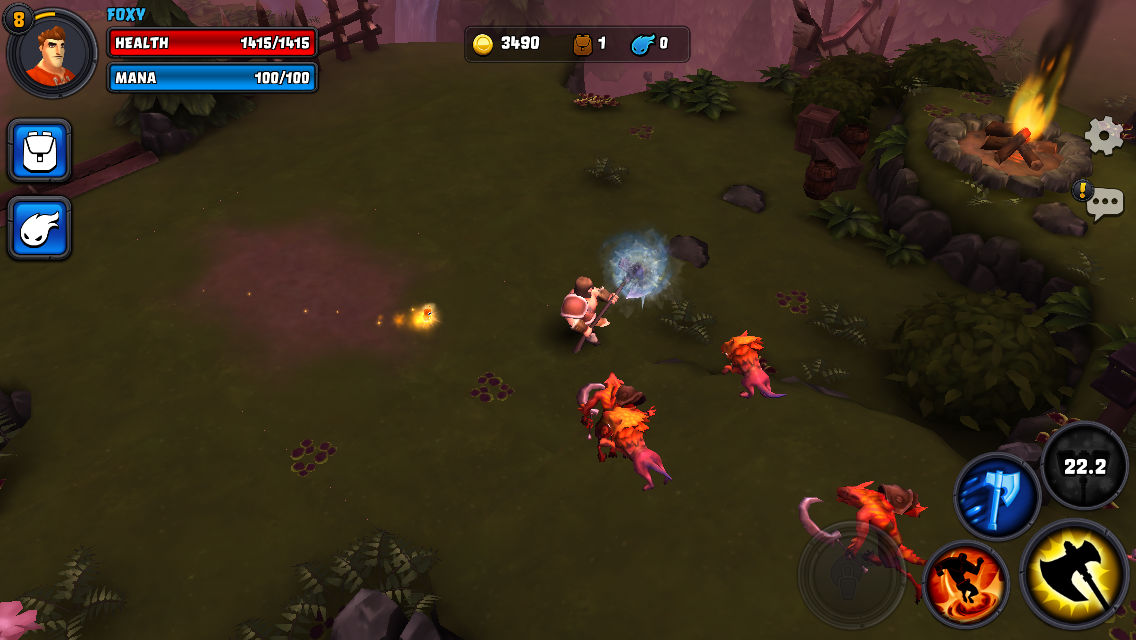 As you might be able to tell from first glance, Spirit Lords plays a good deal like another hack-and-slash loot-collecting game you might’ve heard of – namely, Diablo. You travel from dungeon to dungeon and dispatch mobs of enemies with skills, or with a thump from your good ol’ solid oak staff (or axe). You collect the loot they leave behind, as well as any treasure chests you come across. Finders keepers.

But Spirit Lords has some twists of its own, like an additional spirit-collecting mechanic inspired by Puzzle & Dragons. As you fight, you may win element-based spirits that grant powerful skills. These can be levelled up, combined, and evolved into new spirits.

You can also use hard currency to play a Gashapon-style game that rewards you with random spirit helpers. When you opt to play this game by tapping the “Shop” button, the Gashapon merchant literally zips into view to make his sales pitch. It’s pretty funny.

In fact, Spirit Lords’ graphics are teeming with life and personality, which helps set it apart from the myriad Diablo clones on the digital marketplace. Your heroes are rounded, colorful, and weirdly-proportioned, as are the enemies and NPCs you meet. 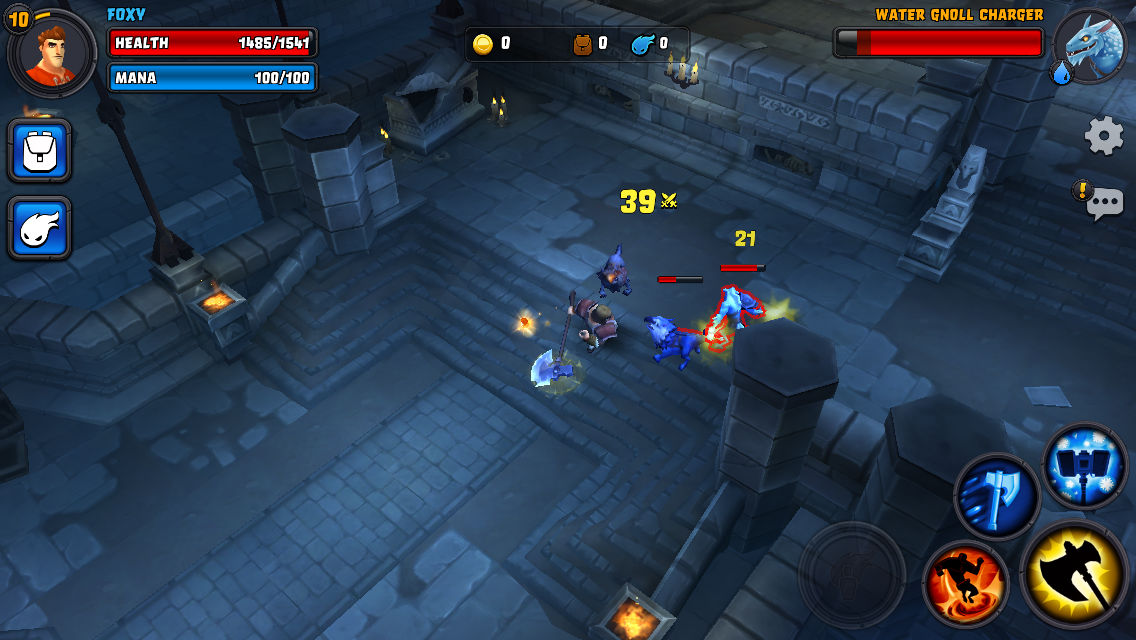 Another nice thing about Spirit Lords is that it’s simple to manage compared to its brethren. There’s no mystery or tedium involved with equipping and sorting loot; you’re immediately informed if a piece of equipment is better or worse than what you have equipped, and all the stat boosts (and decreases) are laid out for your easy consideration.

As you might expect from a free-to-play online hack-and-slash title, Spirit Lords has a stamina system to contend with, and it depletes pretty rapidly. Granted, a single dungeon run offers a lot of action, so you won’t necessarily feel ripped off. But grinding is necessary early in the game to build up your levels and spirits, so don’t expect to blaze through the game’s story.

Ultimately, Spirit Lords’ free-to-play barriers are relatively minor. They’re definitely worth looking past if you’re in the market for a charismatic game that lets you collect oodles of loot and brilliant-looking ghosts.