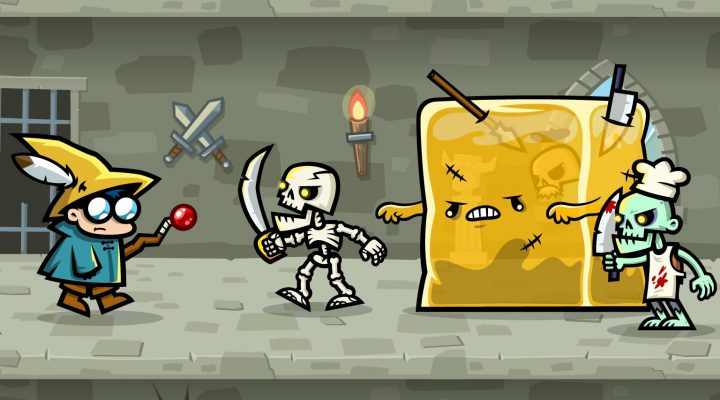 IAPs are pushed too early

Spellspire from 10tons is a clever twist on a word game that combines quick spelling with spell-casting. You begin the game as a grumpy looking novice wizard bearing only a stick as a wand and some worn apprentice robes, but even with little else, you have the power of your words. Your goal is to climb to the top of a tower, one floor at a time, fighting monsters with only the words you can spell.

On each floor you are given ten letters and you must make as many words out of those letters as possible before you’re killed by attacking monsters. The longer the words you create, the more powerful your own attack is against the hordes. Though the actual point values change as you upgrade your gear, seven-letter words will do more than ten times the damage of three-letter words, so you better buff up your vocabulary. Along with flexing your spelling muscles, battle victories will reward gold to buy and upgrade magic wands, robes and hats that can boost your attack stats and healing power. 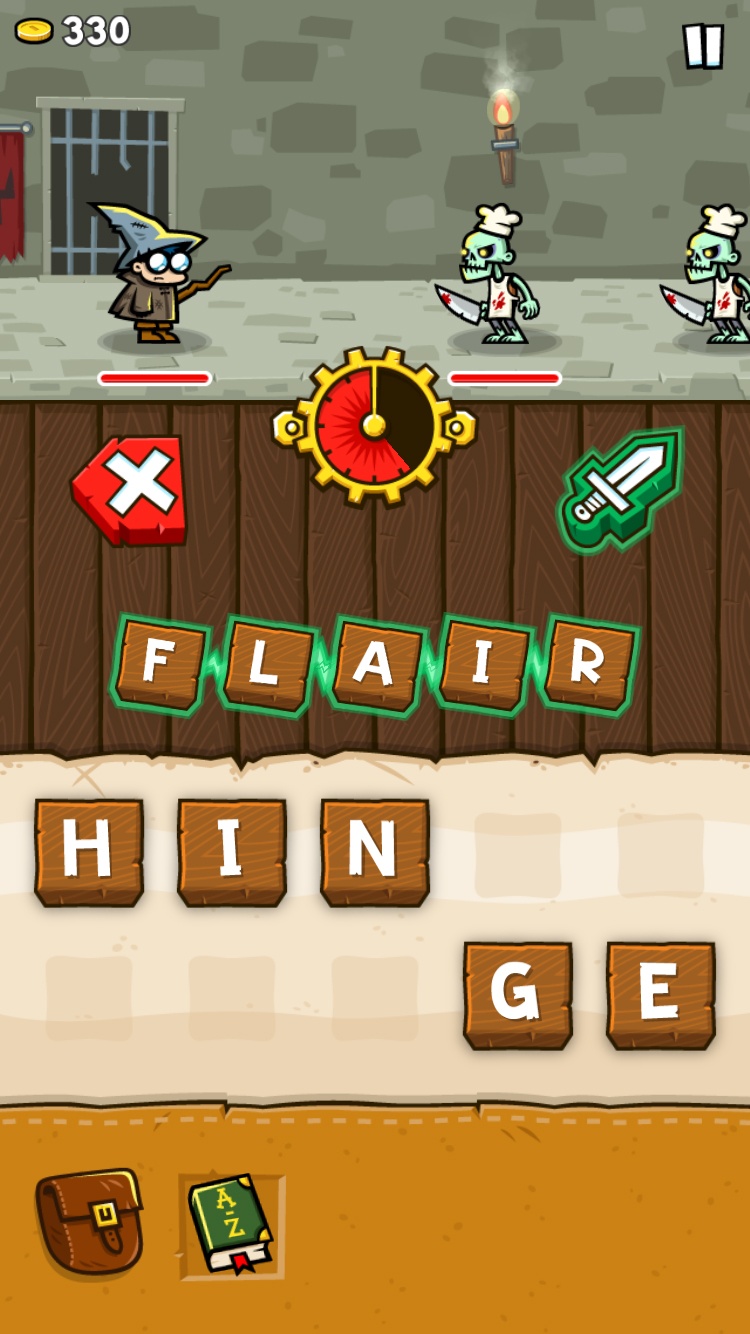 While a game based on spelling might not seem universally appealing, the time pressure of battle, the strategy behind choosing gear, the charming artstyle and the satisfying victories all make Spellspire surprisingly engaging.

In early levels of the game, the RPG elements are pretty casual, with a few options to choose from that add some nice boosts to your gameplay. Over time the gear decisions become more important and truly effect the outcome of your battles. Unlocking more powerful clothing and weapons requires either stars or level progression which is how the monetization structure reveals itself. You’ll encounter the first boss at level 10 where there is a noticeable ramp in difficulty and this means you’ll need to gear up as much as you can. Unless you’re a stellar speller or get an easy board, you’ll need to go back and replay earlier levels to get more stars and gold for better gear. However, be warned that going back to play levels costs one life each, regardless of the payout or how well you play.

I reached level 10 after just a few short game sessions on my first day of playing; though I didn’t mind going back and replaying previous levels to earn stars and gold, I was disappointed all of my lives were used up for this required task so early on. The monetization impulses are effective and (mostly) subtle and would be understandable later in the game when I’d be truly invested in success. However, pushing required upgrades so early in a game is alienating. Players in free-to-play games only monetize when they really love a game and understand the value of what an IAP will bring, and it’s difficult to know all that after only a few levels. Had the push come at level 20 instead of 10, I might have felt better about the grind.

The good news is that if you’re willing to wait for your lives to respawn, you can play each level once more to earn a star and then keep spending lives to eek out a little more gold from each level. At each boss level you’re going to need as much power as possible so you will need to earn as much gold as possible. Inevitably, success over those bosses is going to take sheer persistence and impeccable spelling. However, the game is worth the grind and likely some strategic purchases along the way. 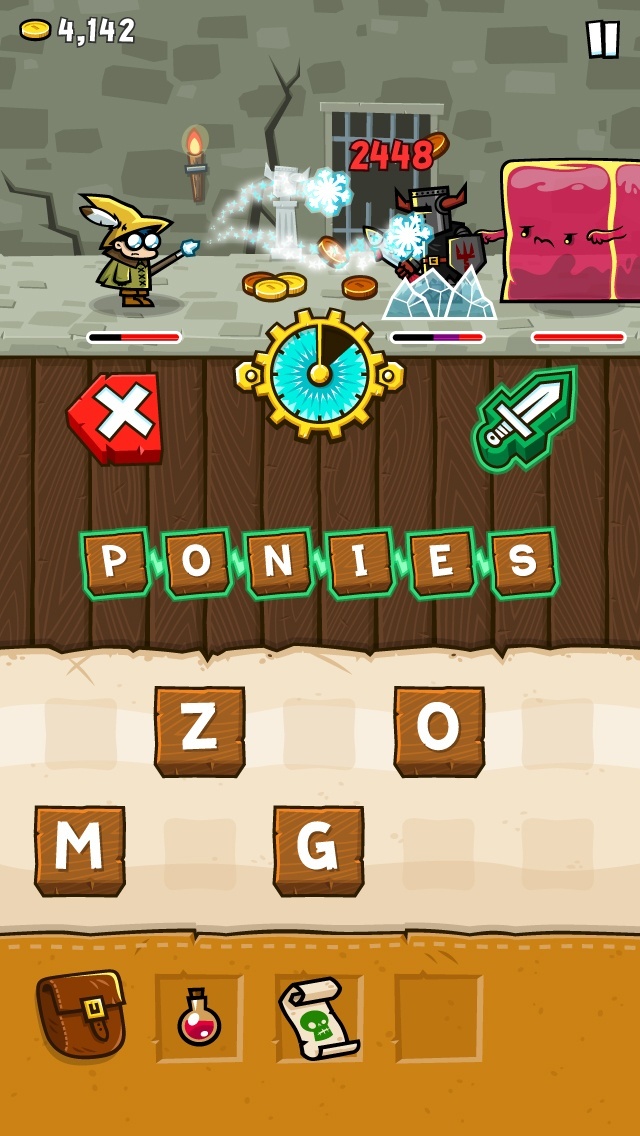 Spellspire has great graphics, charming characters, and a smart game mechanic that focuses on quick spelling but adds some casual RPG fun for those who like a little strategy with their wordplay. It’s certainly worth the free download for spelling enthusiasts or even those who just want a little brain workout.

Chameleon Run Review: Speed is Everything