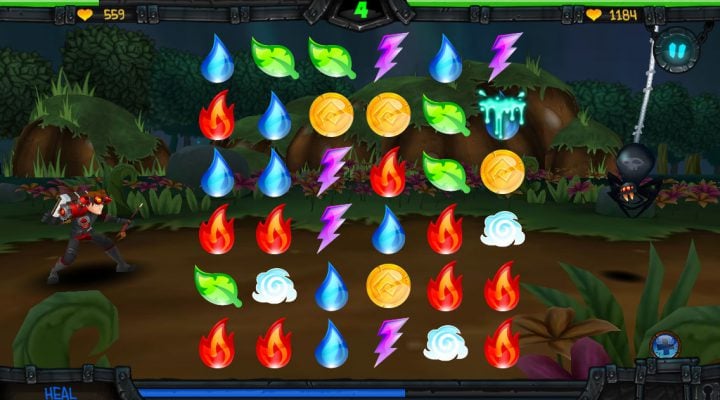 You're bled constantly for coins

You play through Spellfall as a Duskwalker, a magical warrior trained to protect innocents from the darkness that arrives with Spellfall. Indeed, the grim event brings all kinds of undesirable wildlife with it, including goblins, dire wolves, giant spiders, and armored centipedes (ew). 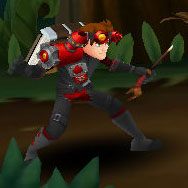 Battles are carried out via a match-three grid filled with element-based tiles. When you match three or more of the same element, a related attack rains down on the bad guys. Since most enemies are vulnerable to a certain elemental attack, learning and exploiting those weaknesses is vital for victory.

You need every advantage you can get, too, since Spellfall does not make victory easy. Enemies hit with excessive force, and a distressingly high percentage of battles begins with the bad guy getting a free attack before you have a chance to move. 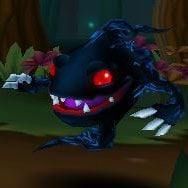 You can buy armor and weapons to bolster your attack and defense. You can also buy runes that add active effects like health siphoning, or defensive advantages like health recovery. Not surprisingly, weapons, armor, and runes cost piles of coins.

Coins are earned in-game, but it takes a long time to accumulate the thousands necessary to buy the equipment necessary for carrying you through rough battles. Worse, items revolve in and out of the store, so it’s not uncommon to save up your allowance for hours, only to be told you’ve missed your chance to grab your coveted item. 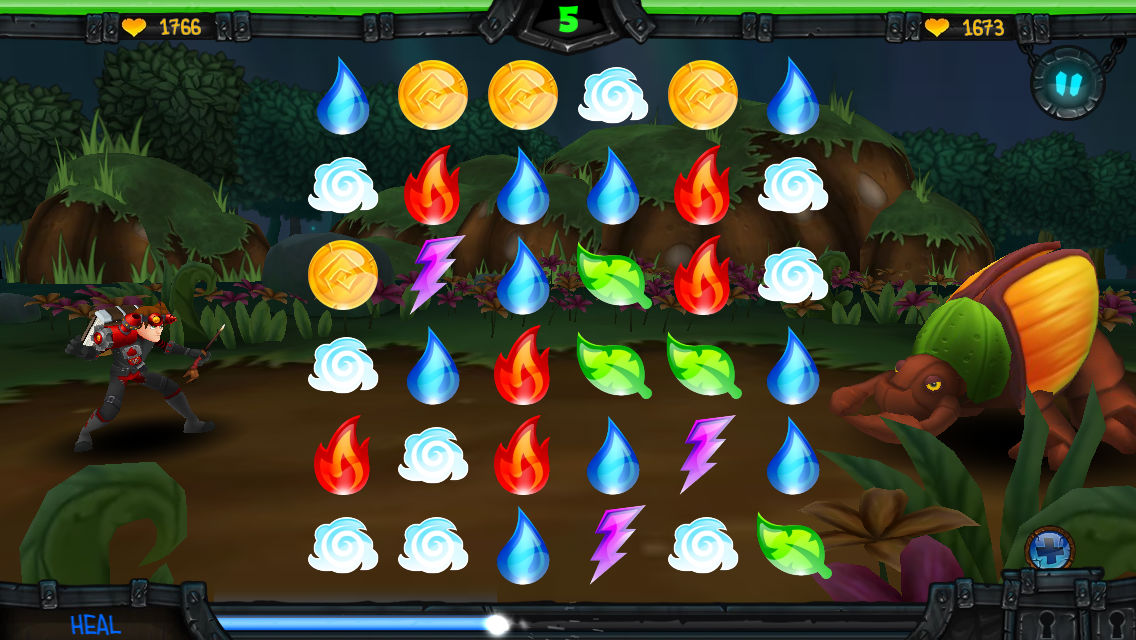 Moreover, Spellfall lacks any kind of hard currency. You pay for items and services with coins, or with real-world cash. When you fall during battle, the game offers to let you continue for 99 cents. There are items in the store that cost $129.99 USD. Offers for weapons and armor are constantly waved in your face. It’s all quite off-putting.

It’s too bad Spellfall constantly pressures you to buy, buy, buy, because the core game, though difficult, offers tons of satisfying moments. There’s nothing wildly innovative about Spellfall, but it’s still a gas to match up five or more game pieces and then nail your foe with a cascade of elemental attacks. It’s certainly not impossible to succeed at Spellfall without spending  money, but you need to prepare yourself for a good deal of grinding and frustration.

Spellfall also looks great. Despite being a game that’s set in a gloomy environment, its monsters are colorful, intriguing, and well-animated. There’s nothing wrong with how the game sounds either, though your avatar’s screams are a bit over-dramatic. Then again, who’s going to scream gently when a dire wolf is gnawing on their leg?

Spellfall is free, so despite its aggressive panhandling for in-app purchases, you have nothing to lose by downloading it. But it would have been nice to drop a couple of bucks for a great-looking match-three battle game that lets you concentrate on its story without being pulled out of the fantasy by sales pitch after sales pitch.