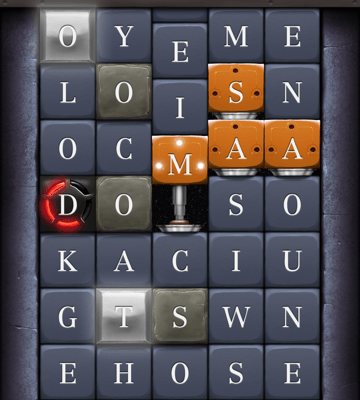 I’ve said as much in the past, but crafting a puzzle game that sets you apart in the iOS space gets tougher and tougher by the day. At this point even the clones have clones. So while creating a game that stands out is a rarely achieved goal in recent times, I’m glad to see app developers are still giving it a go. Spell Rift doesn’t quite reach that breakout status, but it’s enjoyable nonetheless.

In Spell Rift your task is to find words in a large grid of letters, a la word search. You can either drag your finger across each letter to spell out the word, or tap it one letter at a time. Every word you enter in nets you points, and the used-up letters disappear to give way to new ones. While this mechanic lies at the core of the game, each of the 21 levels has different victory guidelines.

One of the things that truly impressed me about Spell Rift, and is really at the root of these types of games being any good, is how exhaustive the dictionary is. In some other puzzle games you’ll find yourself spelling out words that the game just won’t recognize, but Spell Rift doesn’t have that problem. It even includes some shorthand words like “OK,” along with a variety of slang terms. In addition the touch detection is spot on, and easily kept up with me as I swiped back and forth over the tiles.

While having a huge dictionary is great, my primary issue with the game is that every level feels very similar. The basic blocks are the same, there’s no background or changing music to differentiate them, and the objectives are usually to either collect X number of tiles or X number of words. You might have a time limit to reach on occasion, but such events are few and far between. Typically you just trace words until it tells you to stop — there’s no varying strategy you need to employ. In that same vein, it becomes apparent after a few levels that you’re just looking for the same words over and over.

They try to keep it fresh from level to level, with special blocks that need to be dealt with in different or unusual ways. Some are basic bombs that blow up, taking more tiles with them if they’re not cleared in a set number of turns. Others are more complex and vacuum up the tile underneath them during each move that doesn’t clear them, or spread a virus from block to block that turns them all into the same letter. But while these special blocks help mitigate the sameness of each level, they don’t cure it. 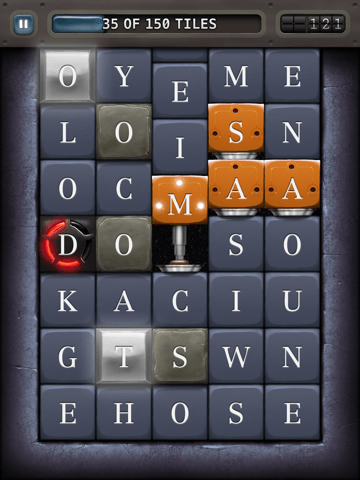 Although this may seem like a lot of complaining, I honestly enjoyed most of my time with Spell Rift — It’s just not a game that’s going to entertain you for hours on end. As stated earlier, every level feels too similar, and there’s no sense of impending doom to stave off like you see in other puzzle games (with the exception of the VERY rare timed levels). It’s best served as a simple bite-sized experience, before the déjà vu feeling sets in after a few levels. Play it a bit here, and a bit there, and your overall enjoyment will be better served in the long run.