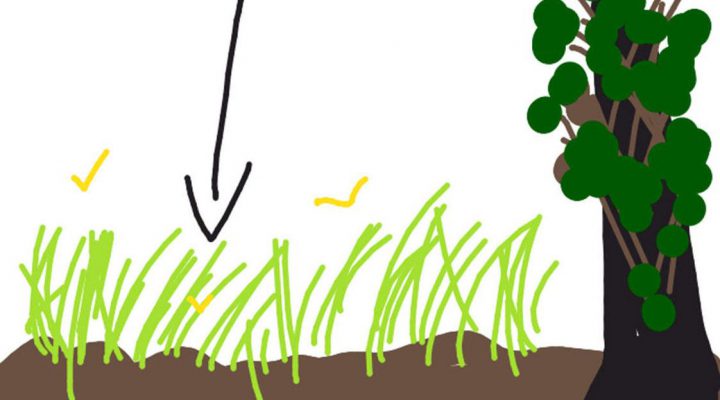 You can switch between game modes whenever you get bored.

Some answers are impossible to guess due to spacing / phrasing issues.

Remember the hit drawing / guessing game Draw Something? It’s back — and it has a few new features stapled to it.

Zynga has given us a new entry in the franchise with Speed Guess Something. It mixes traditional Draw Something gameplay with a guessing game that’s simple, if a little flawed — but pretty fun regardless.

The drawing / guessing portion of the game is familiar. It’s basically Draw Something — which, in turn, is basically Pictionary. 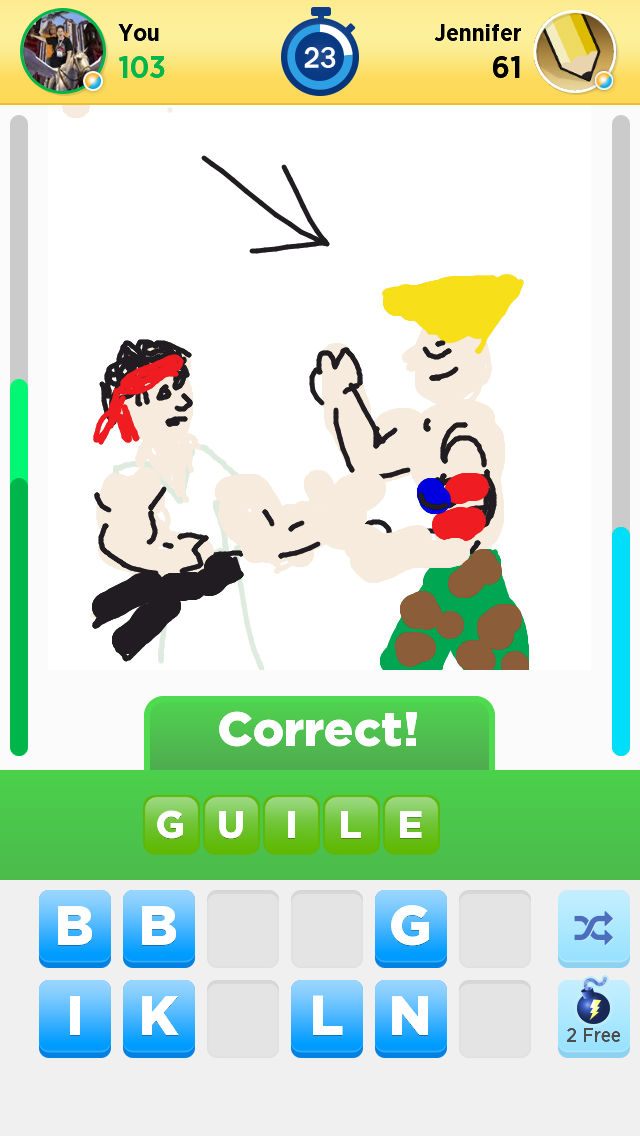 You and your opponent take turns drawing objects, places, and ideas across a series of categories. The person who’s not drawing must guess at what’s being scribbled on-screen, and then roles are reversed.

Even though Draw Something is technically yesterday’s news, the core premise is still loaded with fun. The more complicated a topic is to convey with a rough sketch, the more coins you earn if a correct guess is made. “Apple” is a no-brainer, but how do you draw a “Rickroll?”

The other half of Speed Guess Something is its titular speed guessing portion. You and an opponent square off by trying to guess at the nature of the picture being drawn between you. The faster you nail the correct answer, the more points you earn.

Unsurprisingly, Speed Guess Something offers microtransactions that help smooth out the guessing process. Bomb items eliminate supernumerary letters, which helps you hone in on the letters you need. You get a sampling of free bombs every time you start a new game in Speed Guess Something, and you can always buy more with the coins you earn (or buy).

The guessing bit of Speed Guess Something is fun enough: Nabbing a video game reference long before your opponent is pretty satisfying. On the flipside, you feel like a real dunce when your opponent correctly guesses a drawing of “CSI” in two seconds, and you’re helpless to do anything but sit and drool until the timer runs out. It’s all in good fun, though.

However, some of the answers you’re expected to enter are oddly-worded. I came up against a beautifully-drawn picture of the house from Pixar’s UP, but the only accepted answer was “UpTheMovie.” Come on, really? 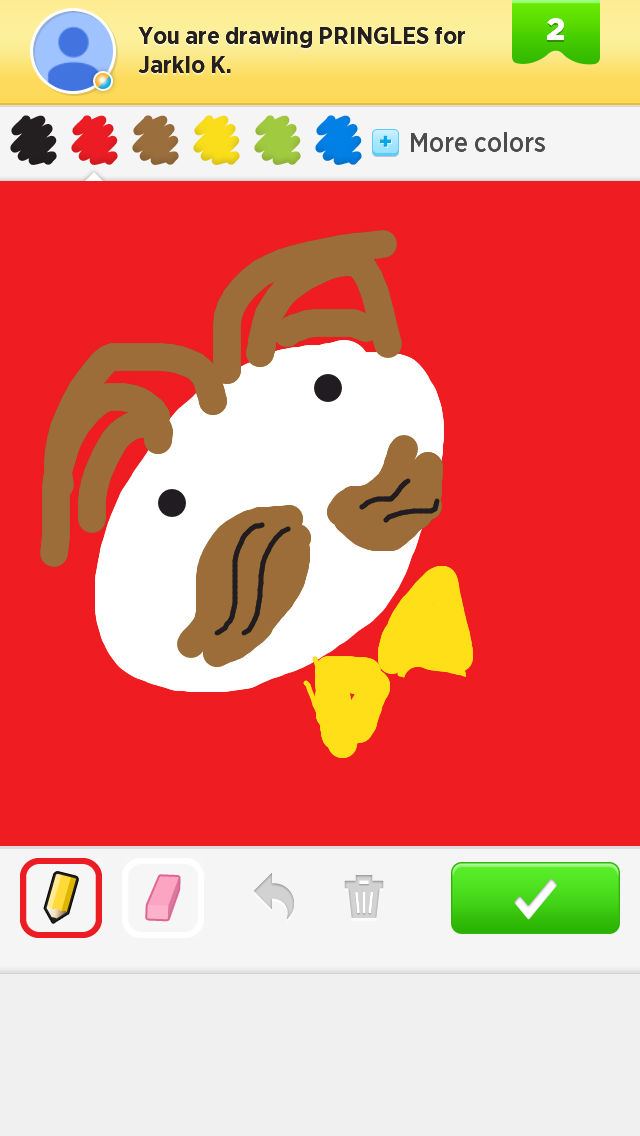 You may also find yourself waiting for ages while the game tries to find you a random opponent. Matches seem to sit in the queue for far longer than with most popular asynchronistic games. Is this a problem on my end? Or is there simply a sparse player pool to pick from?

Either way, Speed Guess Something demonstrates that scribbling with your finger is still fun. It’s just the guessing portion of the game that’s kind of muddy. If you’ve been lonesome for some Draw Something action, it’s definitely a game worth making your mark on.