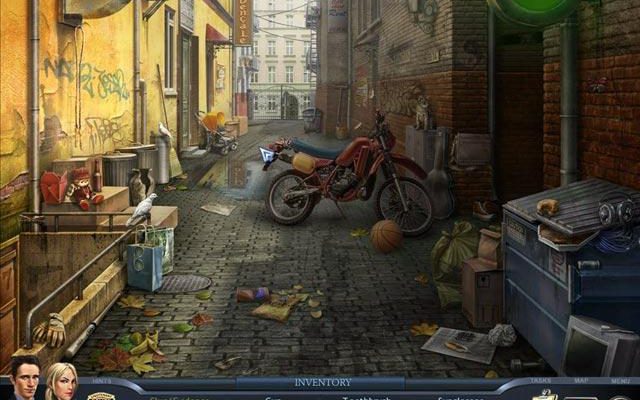 A smart mystery where the detectives are better seen than heard.

Special Enquiry Detail: The Hand That Feeds is from the same folks who brought you the Women’s Murder Club hidden object games, and it shows. The mystery, involving the death of a philanthropist’s teenage daughter, is smart and well written, and the game itself is polished and enthralling. If only the characters would just keep their mouths shut.

You follow two detectives, newly assigned to the SED, as they investigate the death of young Carmody Phelps. Nobody in her life, it seems, is above suspicion; her parents, her ex-boyfriend, even her best friend from school all seem to be hiding something. You’ll swap between detectives as they follow leads, and also process evidence as the forensic technician. In addition to ferreting out clues like Carmody’s diary and bullets, you’ll have to interview witnesses and suspects; make sure you pay attention to what they say, because you’ll need that information to solve puzzles later in the game. 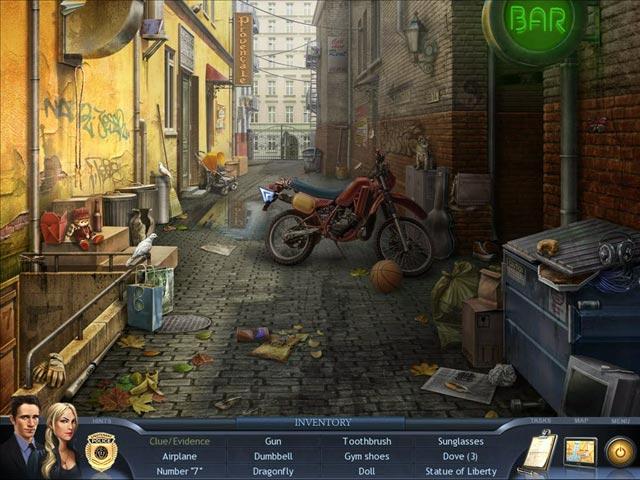 The object searching comes into play during the detectives’ investigations. They’ll comb scenes not only for vital clues – which are thankfully referred to only as “Clue” in your item list – but also other random objects. The locations are beautifully and realistically drawn, but there is a mild amount of repetition in the collections of things you need to locate. You’re constantly being asked to track down gloves (both alone and in pairs) and flashlights. It doesn’t happen enough to diminish the fun of the hunts, but it is a minor irritation.

A few puzzles are mixed in with the object searches, and they vary from the simple (finding a keyboard and mouse so that you can use your computer) to the more complex (assembling a ring puzzle to unlock a safe). They’re all skippable after a waiting period, but none of them are too difficult or obnoxious, so you’ll probably want to work through them all. They also pop up at just the right times and are blended in well enough to not actually feel like game-stopping puzzles, but more like pieces of real-life action. I’m not sure it’s possible to make a safe door that only unlatches when you’ve aligned rings the right way, but I totally bought it within the context of the story.

The forensic sections are brief, but a fun distraction from the object searches. In case you’re not quite up on your CSI techniques, the game provides instructions to walk you through each procedure. It does remove the puzzle aspect of these levels, but it’s a fair trade to make sure you don’t get stuck or feel frustrated. 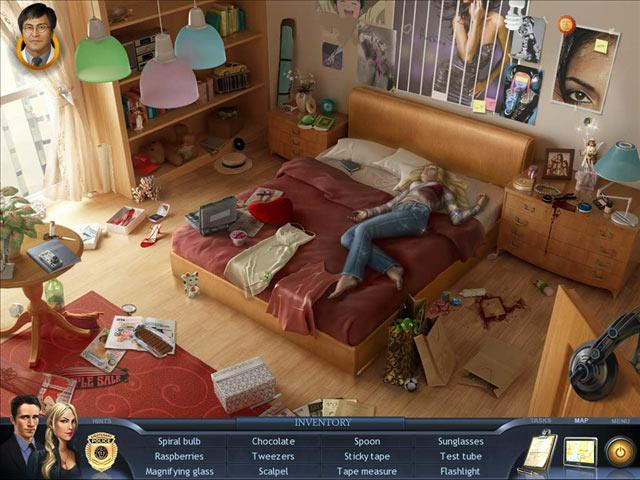 The gameplay of Special Enquiry Detail is top notch, but what really sets it apart is its well-crafted story, which would be right at home in any crime show. The characters are (mostly) realistic, the mystery makes sense, and the dialog is not only smart, but sounds like things people would actually say. It’s a very satisfying case to solve, and combined with the great searches and pleasant variety of puzzles, it makes for a wonderful experience.

Until the characters start talking.

The voice acting in Special Enquiry Detail is so terrible that it’s incredibly distracting. You’ll be so amazed by its awfulness that you’ll oftentimes actually forget to pay attention to what the characters are saying. (Thank heavens for subtitles.) Not only is the acting bad, but the characters sometimes flub their lines, too – the head of the SED uses “GRS” a shorthand for “gunshot residue,” for example. I’m guessing it’s a language barrier issue, given that the object lists also host a few flubs, such as referring to a “fleur de lis” as a “lily.”

It’s worth making the effort to tune out the voice acting and overlook the few minor mistakes here and there, though. It’s not perfect, but Special Enquiry Detail is a very smart and satisfying adventure for mystery junkies.