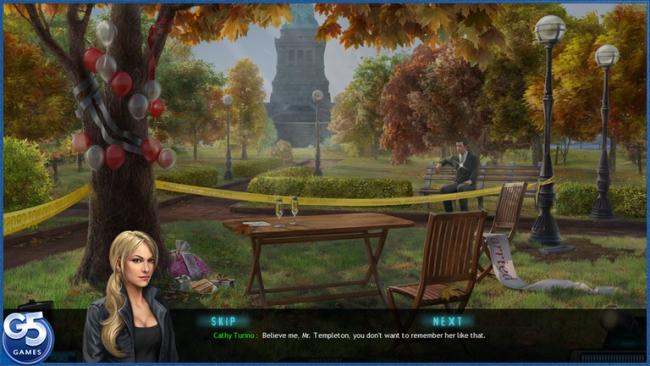 Special Enquiry Detail: Engaged to Kill is the sequel to the Hand that Feeds, and it offers us another chance to step into the shoes of New York City detectives Lamonte and Turino as they race to solve a series of murders by a serial killer. A young fashion model (and a new bride) has gone missing. It’s only after you discover her body that you’ll realize she is but the latest victim of the gruesome Engagement Killer. After being assigned to the case, you’ll retrace the killer’s steps and investigate cases both past and present in an effort to track down the serial killer and stop him before he can claim the life of another young bride.

The gameplay in Engaged to Kill offers a wide variety of locations, both within crime scenes and back in the lab, giving you a chance to test your hand at a wide selection of hidden object scenes and mini-games. Unfortunately, many of the game’s hidden object scenes repeat, and in the case of some of the darker locations are incredibly difficulty to complete, with skewed sizes and colors making items even more difficult to spot in the dark. You’ll have the option of using flashlight hints along the way, but it would have been nice if they recharged a bit faster (or weren’t used up when you’re simply told to leave a room as your “hint”).

As for the puzzles, you might need to compare hair samples in the lab during one case or reveal disappearing ink on scraps of paper in another. Some of these puzzles are fairly basic, while others do test your observational or deductive reasoning skills, making them a welcome addition.

Where the first game in the franchise was criticized for its unrealistic voice acting, most of that has been removed here in favor of text conversations. Still, in the few comic book cutscenes that are available, a few of the voices do come off as rather lackluster and unbelievable.

Furthermore, the game’s storyline sometimes also suffers from a lack of realism, as our detectives often go into situations completely unprepared for what they might find. In the first case, for instance, you’ll need to make a plaster mold of a shoeprint left in the mud. Wouldn’t a real-world detective be prepared for this and have the equipment necessary on hand (or, at least wait for a crime scene investigator to do it for them), rather than forcing you to steal materials from a nearby construction site? It might seem like nitpicking, but Engaged to Kill is clearly going for realism with its sometimes-disturbing images, so these moments seem entirely out of place. 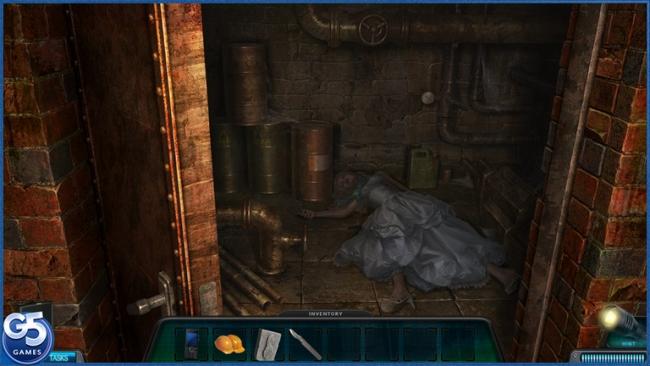 Overall, Special Enquiry Detail: Engaged to Kill isn’t one sequel that forces you to play the original in order to have a good time, and for the most part, you can do just that. The game’s storyline is mostly entertaining, with enough believability to satisfy series fans and newcomers alike, but some of the hidden object scenes are too cluttered or otherwise too difficult to be truly fun. If you had a great time with the first game in the Special Enquiry Detail series, you’ll likely be just as entertained here, but newcomers to the series (or crime-solving hidden object games in general) might want to download the game’s trial before making a purchase.

Nosferatu – Run from the Sun Review