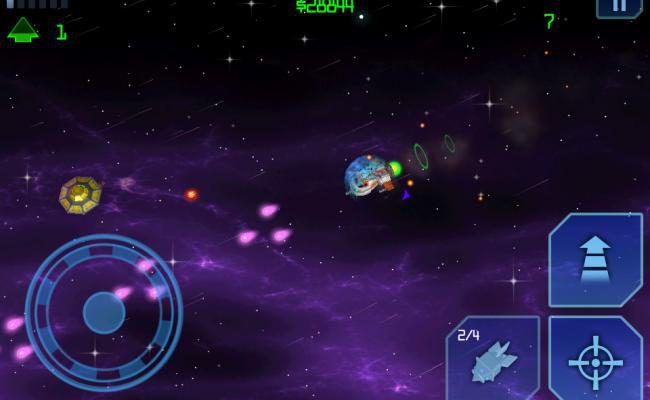 Like the ore it tasks you to collect, Space Miner Blast is pure gold.

We cover a lot of games here on Gamezebo. What’s more, many of those games are good – some are even great. But it’s been a long time since I’ve had the pleasure of playing a game I simply can’t put down. Space Miner Blast is one of those games.

The pseudo-sequel to Venan Entertainment’s popular Space Miner: Space Ore Bust, Space Miner Blast is a freemium arcade title that plays a little like Asteroids if you turned it up to 11 and added in some RPG elements.

Players pilot a mining ship that must face wave after wave of asteroids in need of processing, and by processing we mean blasting them to smithereens. Unlike most games of this nature, Space Miner Blast is not a twin stick shooter. This means you won’t be able to fire in 360 degrees regardless of where you’re facing. Like most real world vehicles, the ships here have a weapon mounted to the front. This means you’ll need to be facing the asteroids you’re shooting at, which ends up requiring a good deal more skill than most games of a similar ilk. 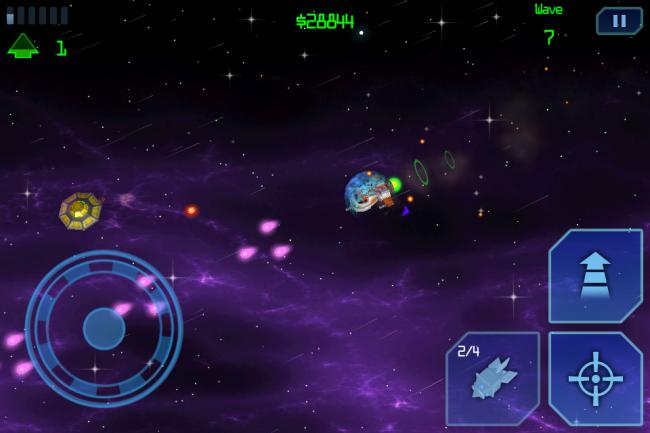 Of course, mining isn’t worth spit unless there’s something worth mining for. Many of these asteroids contain precious ore that the players will need to collect. This ore has a dollar value, and that dollar value doubles as your score. The more ore you can collect in a limited amount of time, the more it’ll be worth thanks to the game’s multiplier-based combo system.

As that dollar total goes up, so does your level – and with each new level comes the chance to upgrade your ship. Between waves you’ll be taken to an upgrade menu where you’ll get to select between a better gun, better shields, or a chance to earn more ore. Each of these categories can be upgraded six times, allowing for a full 18 upgrades before you max your ship out.

18 may not seem like a huge number, but with how much damage will happen to your ship, you’ll be lucky to ever make it past 10. While the game may start gently with only the occasional asteroid bump causing harm, you’ll quickly find yourself fighting a variety of deadly obstacles including UFO’s, mines, and flaming debris. Thankfully the game is willing to toss the occasional power-up and smart bomb your way to help you survive a little longer.

If you don’t survive (and in an endless game like this, you never will) you’ll be sent back to the main menu with little more than a high score and a thanks for playing – but in a game like Space Miner Blast, that’s all you’ll really need. With every play, you’re going to get a little better than before. That high score you just set? It’s now a target that you’ll be looking to blow out of the water on your next attempt. Thanks to the skill required, the more the game is played the better the player will get. 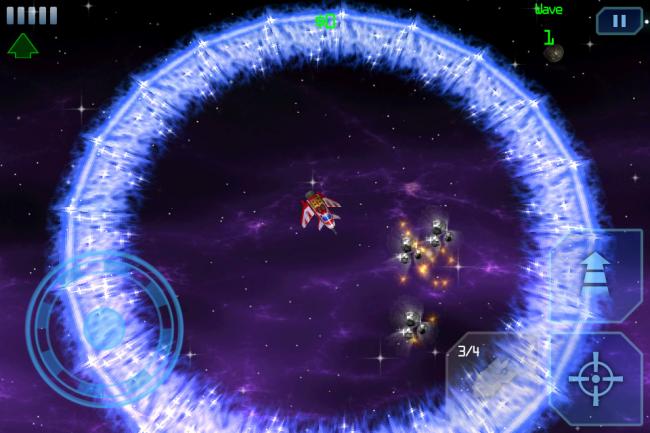 All of this sounds fine and dandy, but considering this is a freemium title there has to be a catch – right? Much to our chagrin, Space Miner Blast is one of the few titles that doesn’t hold anything back for players who don’t want to spend a dime. The entire game is available to you, with only a few extra ship choices locked away for those looking to shop. And at 99 cents for one ship or $1.99 for all three, you’re really getting quite the bargain. The free ship is well rounded, but the paid ships have particular strengths that make the experience a little different depending on which you choose.

In a strange twist, Space Miner Blast offers retina display visuals to iPhone 4 owners – but only if they make an in-game purchase.

Shooters are fairly commonplace on the iPhone nowadays, but Space Miner Blast manages to make the experience feel totally fresh thanks to their unique control scheme, customizable upgrades, and “just one more wave!” gameplay. It’s the sort of experience that you simply can’t walk away from, it’s easily the most addictive game we’ve played on the App Store in recent months, and best of all, it’s free. If you haven’t done so already, do yourself a favour and get hooked on space mining. Like the ore it tasks you to collect, Space Miner Blast is pure gold.