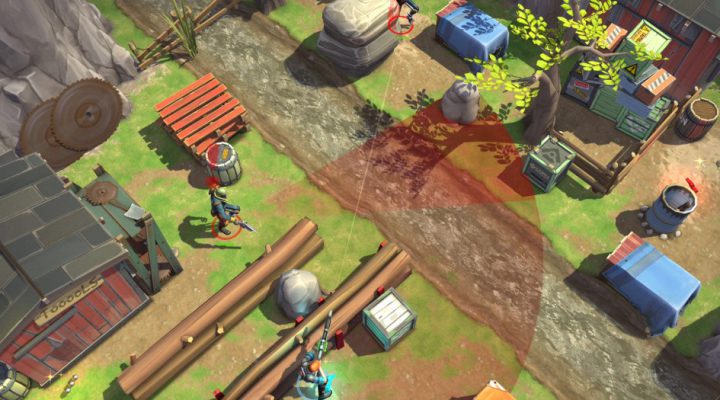 Plenty to do and lots of reasons to do it.

Gets a little repetitive.

Could do with adding a few new ideas here and there.

Space Marshals 2 is a big game. It wouldn’t feel out of place on Steam or one of the console download services — and that’s no bad thing. Sometimes there’s a distinct lack of chunk on the App Store, a distinct lack of depth, so finding something you can sink your teeth into is a welcome change. It doesn’t quite get everything right, and from time to time you could accuse it of being a little repetitive, but there’s still a lot going on here.

You’ll want to dive into it headfirst as quickly as you can, so it’s good that the game lets you do just that. This is a mix of stealth, action and tactics that clicks in pretty much all the right ways. And clicks with all the ferocity and ingenuity that’s sometimes missing from mobile games. 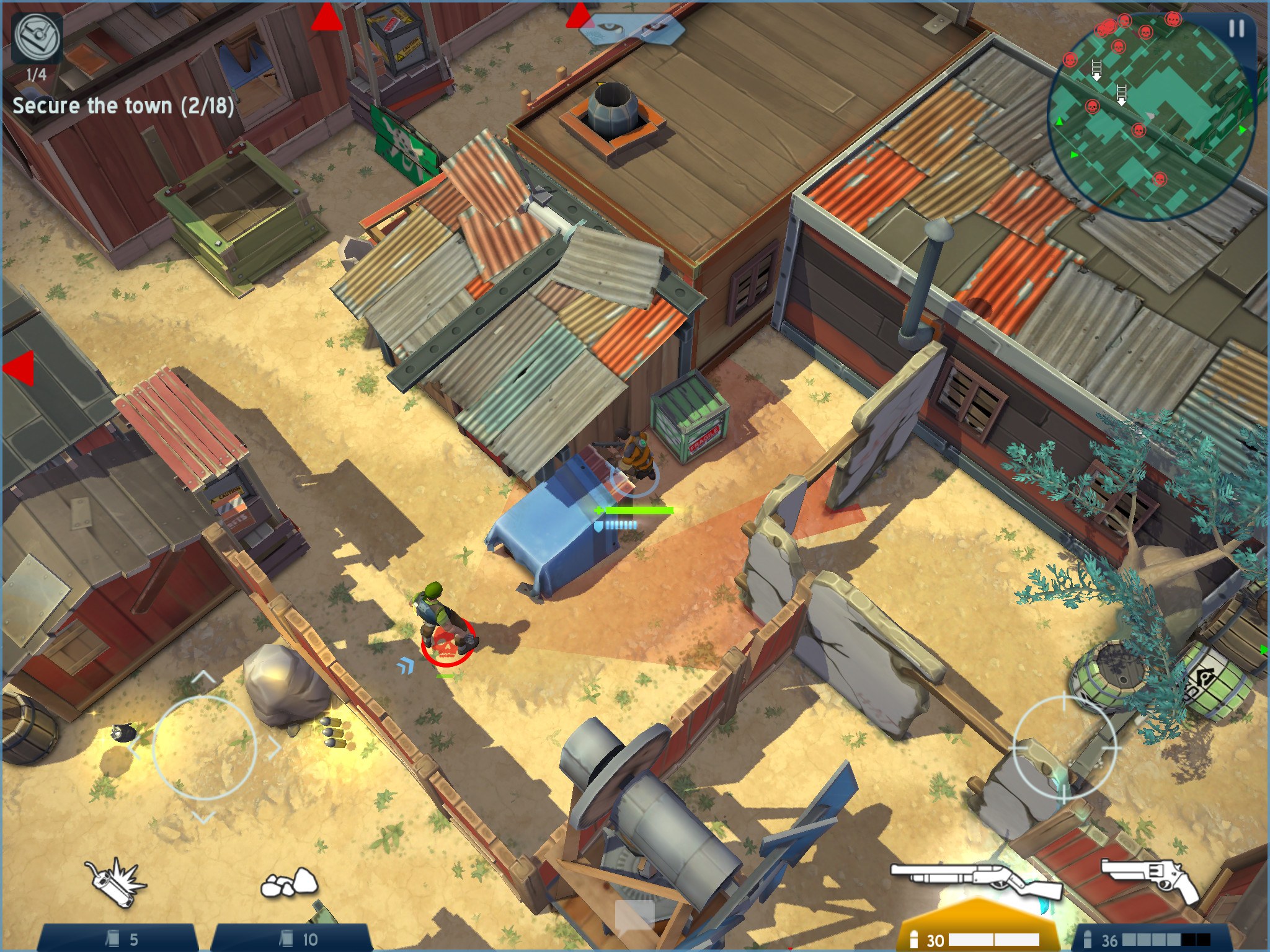 Space Marshals 2, as you might be able to guess from the title, is about policemen in space. Cowboy policemen to be precise. There’s some double crossing at the start of the story, then you’re chucked into a series of non-linear levels to find out what happened, capture some bounties, and generally be an intergalactic cop.

The controls are pretty much standard twin stick shooter. One joystick moves you around, another one aims your weapon. But if you’re expecting this to be a full-on onslaught of bad guys and bullets then you’re going to be a little disappointed. Instead Space Marshals 2 challenges its inner stealth game, throws in a bit of cover shooter, and then laces the whole thing with brief bursts of frantic action that get the pulse racing but are far from the norm.

The biggest twist here is the sneaky cover system. Tapping anywhere on the screen crouches your space marshal down, letting them hide behind cover and move more stealthily around the levels. When you’re crouched, you’ll automatically perform sneaky takedowns when you’re close enough to an enemy. Running into a fire-fight all guns blazing, especially at the start of the game, will usually end badly. You need to figure out how to take out the criminals one by one, preying on their weaknesses and then using brute force when the time is right.

You unlock new weapons, hats and armor as you progress through the game, and the variety of baddies you need to take down shifts from simple goons to tougher bosses and automated turrets. 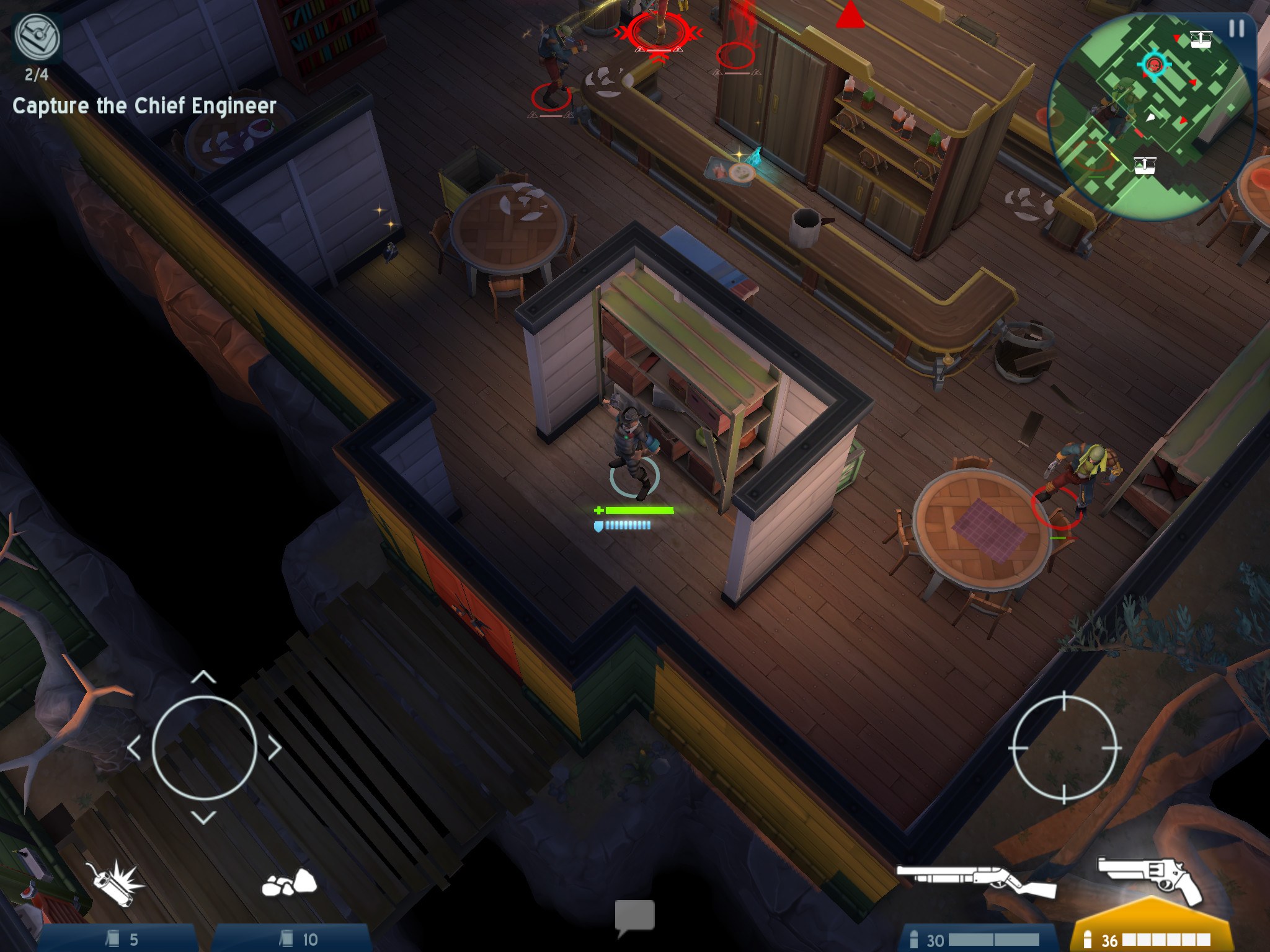 And it all flows along very nicely. It’s fun planning which enemies to take out first, and figuring out the route you need to take to get to your goals. Sometimes you’ll feel a little lost, but while the levels are large they’re never big enough to really confuse you.

There is sometimes a lack of variety here, and when you’ve crept through a level taking down bad guys without really doing anything other than avoiding their vision cones it can feel like a bit of an anti-climax. But, and this is a big but, when the game gets things right it’s a splendid example of how genres that feel like they shouldn’t fit on mobile can be coaxed to work wonderfully. It’s slick, it’s engaging, and you’re never going to blame a slip of the controls for any of your mistakes.

Space Marshals 2 is a worthy sequel, one full of panache and swagger, and if you like your gaming on the go to have a little more to it than popping bubbles or squishing pigs, then you’re going to lap it up.

Mystery of the Ancients: Three Guardians Review – That’s So Raven