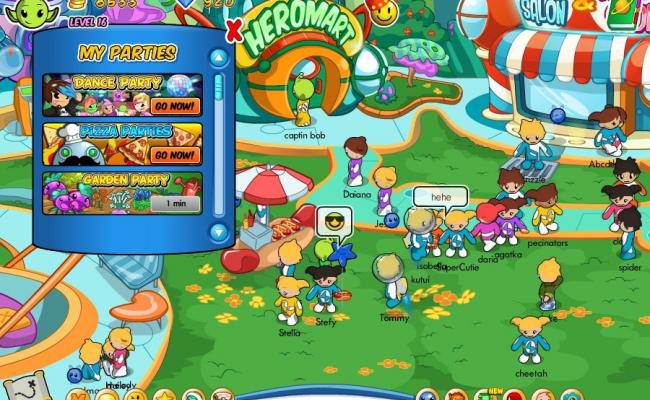 According to everything we think we know, space is a really, really big place. So big that one hero isn’t going to cut it. Bubble Gum Interactive has the solution though, and that’s to enlist young people everywhere to play Space Heroes Universe. This kid-friendly online game has players teaming up to stop Lord Shadowbot, socializing and playing all kinds of games in as brightly colored a version of space as you’ll ever see.

Every space hero worth his or her salt needs a few essentials, and new players get introduced to them quickly. After signing up for a free account, newbies get the choice of male, female, or alien avatars as well as the chance to customize hair, skin, and space suit color. Even better is the jet pack, bubble blaster (no guns here, as this is an E for Everyone affair) and Starjet that everybody receives, and a short tutorial that explains how to use all of them.

A couple of introductory quests show off other key gameplay features. The arcade houses just a portion of the Space Heroes Universe game collection, which is truly impressive in scope. From versions of old school arcade classics to puzzle games that test brains as well as reflexes, there’s something to suit any taste and enough variety to satisfy even the shortest attention span. Other games can be found in logical places, like the pizza making and food-themed games in the kitchen of the pizza joint. There are coins and gems to be won at all of them, as well as leaderboards that show off how everybody stacks up in terms of scores.

Just exploring different areas of the homeworld by foot or jet pack can also be profitable. Joining all heroes on their journeys are their pet Glows, extraterrestrial balls of energy with special powers. It’s the kidnapping of the Glows by Lord Shadowbot (who wants them around because he’s scared of the dark, you see) that provides the game’s narrative, though that sometimes gets lost in all of the other activities.

A more direct link to the story comes through in the space missions, where players use their Starjets to do battle with Shadowbot’s henchmen, the Nauts. There’s certainly plenty of fun to be had flying between worlds and blasting away at aliens with bubble cannons, but it comes with a bit of a catch. The simple mouse and spacebar system that works so well for the arcade games doesn’t offer enough control to keep up with the Nauts, and my kindergartener and pre-schooler got frustrated with what figured to be one of the game’s highlights. 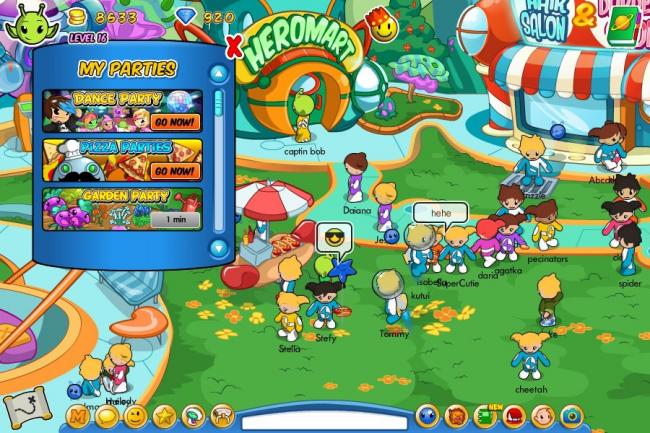 They also had a hard time understanding why they couldn’t buy more decorations for their houses or adopt pet Kritterz. Those features and others like Starjet upgrades are for premium (read: paying) members only. And while plenty of virtual worlds for kids use a similar system, Space Heroes Universe feels a little more restrictive in terms of what you can do for free – which is how the game promotes itself in most cases.

Free players do have access to most of the social gameplay aspects, most notably chatting, adding other players to a friends list and attending parties. Parents have the option of setting their kids’ chat to allow only pre-selected phrases or typed communication, with the latter method protected by both filters and live monitors. Emotes and a handful of actions help foster non-verbal communication too. As is the case in similar games, expect older children to be more into the social elements than younger ones.

All of the above takes place in an environment that provides a full serving of eye candy. The art style is adorable, if a thirty-something male can be granted a one-time exemption to use that word, and it suits the tone of the game perfectly. There’s a retro future vibe to the Starjets and buildings that also works, and the sound effects are somewhat sparse but appropriate. 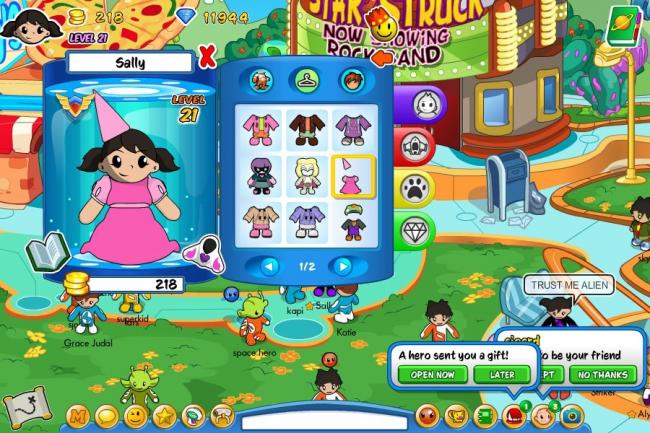 If Space Heroes Universe is missing anything, it may be the singular hook that helps it stand out in a fairly competitive field. It does offer colorful, safe, space-themed fun that should appeal to many kids, even if they have to ask their folks for a little bit of money to enjoy it all.