Home / Reviews / Space Grunts Review: To the Moon and Back

Space Grunts Review: To the Moon and Back 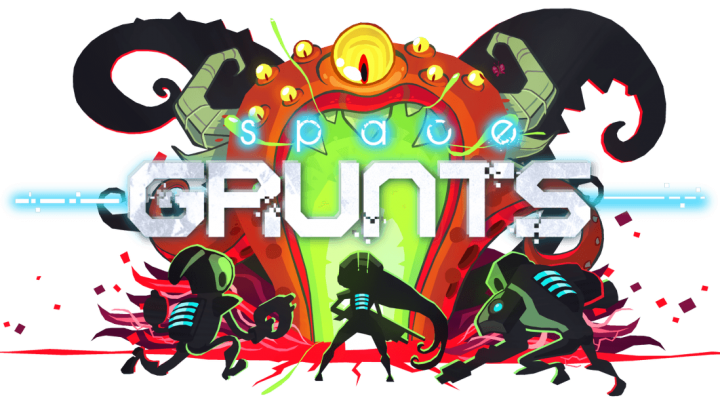 Enemies can be hard to tell apart, especially on a smaller screen.

If you want a good case against travelling into space, play a video game about space. Case in point: Space Grunts, an action-roguelike game from OrangePixel (makers of the excellent shooter Gunslugs). In the freezing depths of the void, you’ll meet up with vicious aliens, rapidly-spreading clouds of radiation, and more hostile terrain than you can shake a laser rifle at.

Space Grunts’ take on life in outer space isn’t pretty — but you still might want to visit for a few hours. It’s a sweat-inducing journey, even though some problems with its visuals and interface make travel pretty sticky at times. 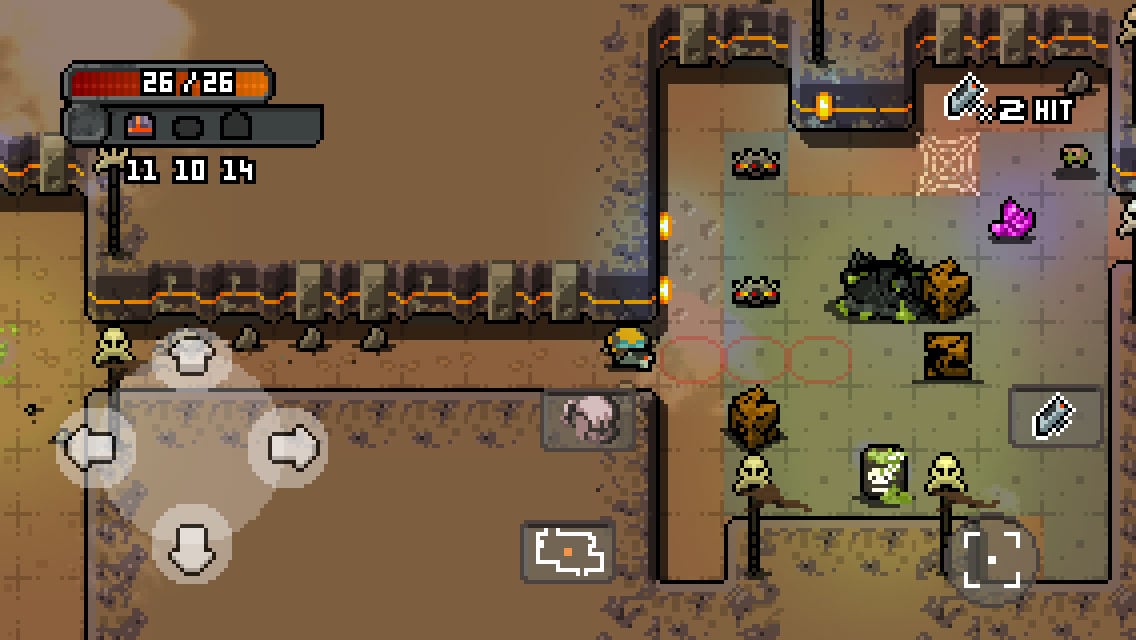 It’s 2476 in the Year of Our Crocodilian Space-Lord, and humans have successfully built moon bases all over the galaxy because we’re really good at sticking our fingers where they don’t belong. One moon base sends out a distress signal, and a team of “Space Grunts” are sent out to investigate the problem — and perform clean-up if necessary.

Not surprisingly, clean-up is necessary.

You choose one of three Space Grunts to assist you, each with their own strengths and weaknesses. The clever Captain is good at finding usable items strewn around the battlefield. The Strongarm wields tremendous alien-busting power (though he’s bad at finding items), and the Tech Junky is weak, but makes good use of any technology she finds. 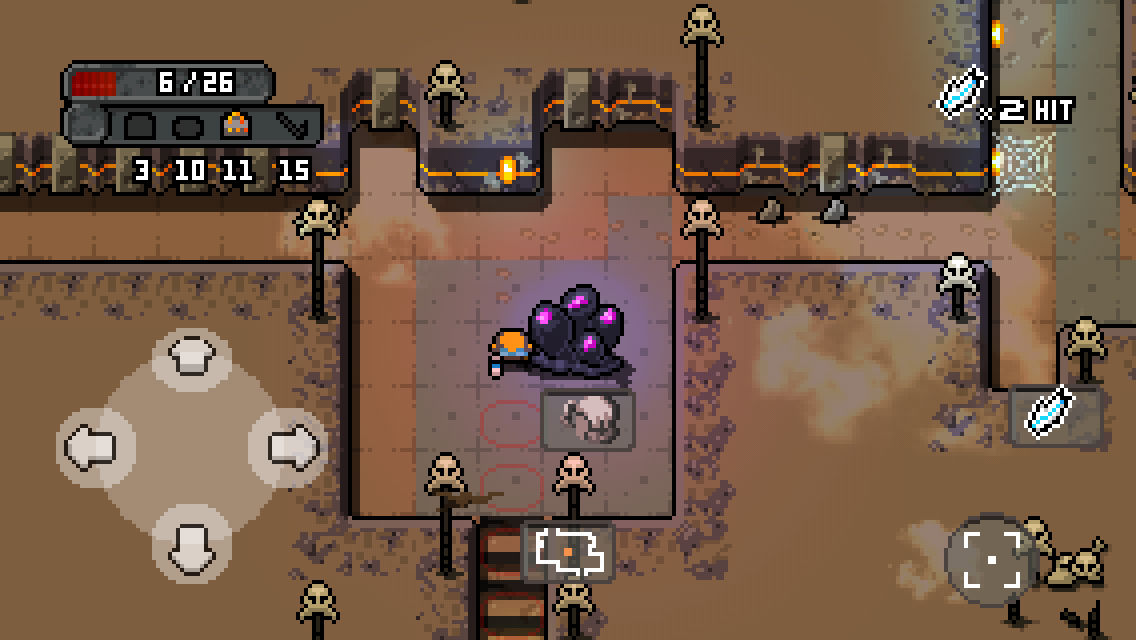 Once you make your choice, you’re plopped onto the battlefield. You move square-by-square using an on-screen d-pad, and whenever you make a move, any foes present on the field move along with you. Ideally, you should dispose of alien threats before they get close enough to attack you. To do so, you’ll have numerous weapons to get the job done. Some of your marine’s tools of the trade include canons, plasma guns, crowbars (hello Mr Freeman), as well as single-use items like mines.

The environment can be used to your advantage, too. Barrels of toxic waste are everywhere, and shooting one sets off a big kaboom capable of clearing out a room. Of course, if you’re anywhere close to the blast, you’re going to get nuked — and either way, you leave behind hazardous patches of floor that can’t be safely trodden upon unless you equip hard-to-come-by protective items.

Space Grunts may sound a little intimidating, and make no mistake: It’s no picnic. The game’s challenge ramps up considerably every time you descend to a new floor, and a few careless moves is all it takes to end a good run. But Space Grunts’ rules are also very easy to grasp. If you’re curious about roguelikes, it’s not a bad place to start.

However, Space Grunts’ simple, squished-up enemy sprites can make it difficult for you to remember what you’re up against. Ironically, the grand-daddy of roguelikes, NetHack, is less muddled-looking than Space Grunts because the former uses ASCII characters instead of sprites. Sure, it’s not gorgeous, but when your enemies are represented by letters, you’re not going to confuse them (and their capabilities) with each other. 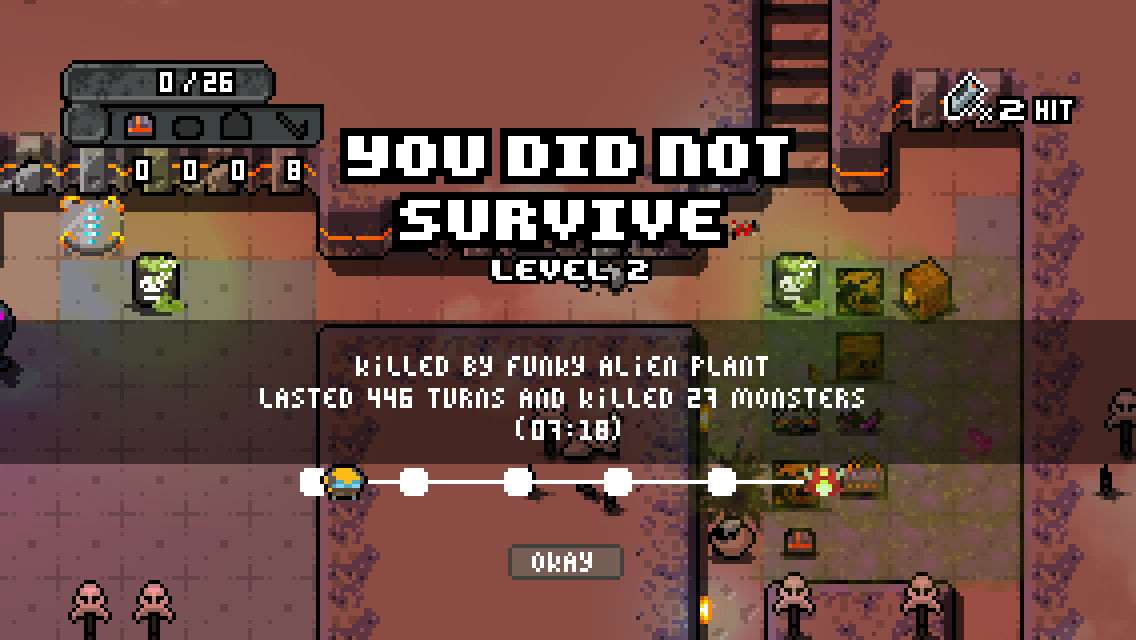 Space Grunts also has a rather messy interface; when you start the game, you’re probably going to find yourself hitting the item menu button whenever you press “up.” You can change the buttons’ locations, thankfully, so do this as soon as possible to retain your sanity.

Space Grunts isn’t the most original roguelike game in town, but it offers a decent challenge while remaining friendly for newcomers. It’s a good way to visit space while keeping both feet on the ground, where they belong.