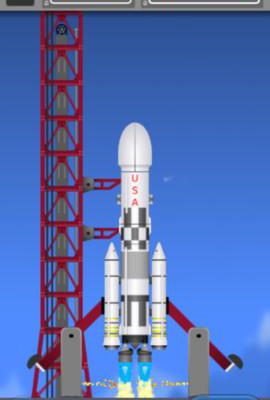 In which One Small Step can send you careening wildly in the wrong direction.

How many children have looked up at the stars at night and dreamed impossible dreams of being an astronaut? If you were ever one of them, then your iDevice now offers you the chance to find out just how impossible it actually is, all thanks to Space Agency.

The game offers you sixteen missions in which you must build a rocket, balancing fuel, weight and cost with the job it has to do, launch it into orbit and then fulfill a series of objectives. These range from simple satellite deployment to the variety of complex steps required for lunar exploration. It’s not a simulation, although it does offer more realism than most space games with basic models of physics effects like gravity and inertia.

One thing it shares with various simulations, however, is a high difficulty level. Missions are made up of various subsections that amount to mini-games. Some, such as timing and maneuvering your craft to escape planetary orbit at a certain trajectory, are fairly tough. Most though, like co-ordinating a lift-off, or the gentle maneuvering of a module docking with a space station, are not. 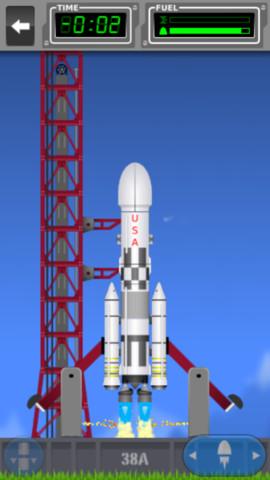 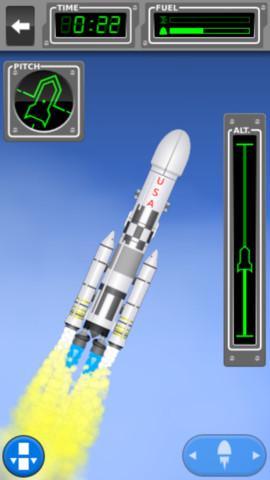 It’s in chaining them all together without save points that the game becomes so brutal: one slight misstep with a thruster rocket as you struggle to keep the heat shield on your crew module facing downward during re-entry and that’s it, you’ll have to start the entire mission again. It might only take five minutes to fly a mission, but there are lots of potential failure points, and lots of five minute repetitions can add up to frustration surprisingly fast.

Almost everything around the game exacerbates the challenge of a successful flight and the annoyance level of a failed one. Mission introductions rarely give you all the information you need for success, but you won’t know that until you’re stuck. One extra tap on the boosters early in a mission can leave you without sufficient fuel to complete the final step, but you still end up doing everything in-between.

But however teeth-grindingly infuriating the game may be, one thing it never feels is malicious or unfair. Every time you fail, each time you’re stuck without instructions, you’ll learn something. It’s a mistake you’ll endeavour not to repeat. Slowly, slowly, taking little baby-steps in space, you get better. And finally you’ll finish a mission and the bitter cup of incompetence will refill itself for the next level.

This sort of thing, a tough game which encourages gradual learning by incremental experimentation and puzzling things out, is going to be the absolute bread and butter to some gamers. Properly designed, that audience might well include me. 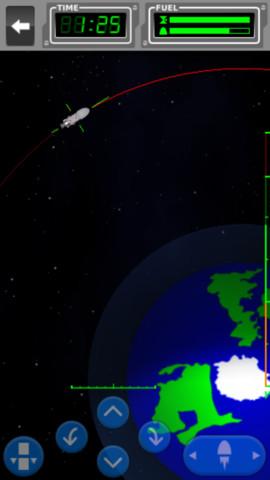 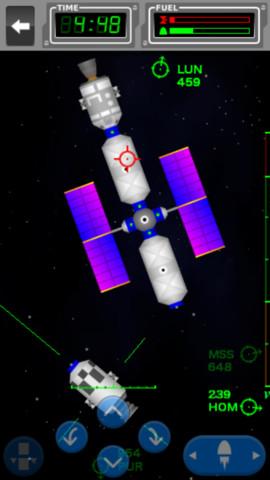 But here’s the big problem I had with Space Agency: a game like this should feature a punch-the-air, eureka moment when everything comes together and you get it right. But I never felt that. On completing missions, all I felt was blessed relief that I wouldn’t be made to jump through those claustrophobic, narrow hoops again. It’s not the sort of sensation that keeps you coming back for more.

Additional small barriers are put in place by the functional-but-basic presentation. Graphics and sound are perfectly serviceable, but hardly awe-inspiring, although I did like the samples of faux-NASA radio traffic, the legendary crackling “lift off” that many will remember from early space program TV coverage. Usability follows similar lines: all the functions you need are there, but often not where you expect or want them to be.

I didn’t really enjoy playing Space Agency. But it would be unfair to mark down a game that is very clearly tailored to a specific audience, and will likely bring them several hours of absorbing pleasure, just because it didn’t suit me. The charms and flaws of the game are very much one and the same in this release, and I’ve done my best to describe them here. If what I’ve said sounds like nirvana to you, rather than a frustrating exercise in repetition, go buy this now. Otherwise, stay well away.