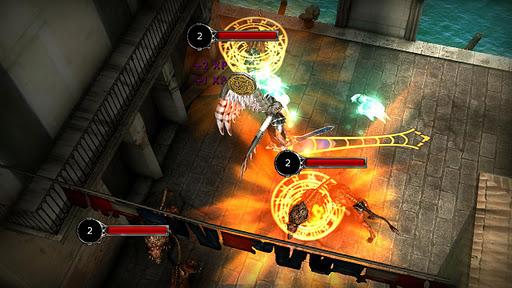 There have been quite a few awesome games over the years with the word “soul” or “craft” in their titles. With that in mind, the new freemium action-RPG SoulCraft should be incredible, right? As it turns out, developer Digital Bits has crafted something that looks amazing but can’t quite carry those same lofty standards over to the gameplay side of things.

The visual impact of SoulCraft starts with the design of its main character, an armored, butt-kicking angel. Think Zauriel from Grant Morrison’s JLA run, but without the touchy-feely side. Apparently the plan was (and still may be, eventually) to have players choose from angels, humans or demons to send into combat, but for now, it’s strictly the guys with the halos. Your angel is sent to cities all over the globe that have been overrun by the forces of evil. That’s pretty much all you need to know, because if there’s more of a backstory, you won’t find it in the game itself. New York, or what’s left of it, is your first destination.

The initial game mode, Arena, is a straightforward fight for survival against a predetermined number of enemies. Four other modes can eventually be unlocked, including timed dashes to an exit portal, a battle to destroy monster-generating portals, and even boss battles. A wide range of difficulty levels adds to the challenge. Sadly, part of the challenge also comes from controlling our heavenly warrior. Touch controls are located in the bottom-left corner for movement and the bottom-right for attacks, but they aren’t nearly as responsive as you’d like. Poor aim is an actual trade-off for increased power on some of the weapons, and the close proximity of additional buttons for spells you learn as you go compounds the problem. Be prepared for your angel to occasionally do things you didn’t intend for him to do.

Defeated enemies release their souls, which are used as currency to buy new gear. Digital Bits chose the unusual strategy of unlocking everything through leveling up – menu options, cities, enemies, spells, the whole nine yards – so it feels like you are really accomplishing something every time you gain a level. Loot comes in Rare, Epic and Legendary varieties, and weapons and armor can be upgraded by spending Gold.

Gold is the necessary evil of the game’s freemium set-up, but SoulCraft is actually pretty generous with it. You receive some for free just for registering your download, and prices for more are reasonable. There are ads, too, but they are limited to an inauspicious box in one corner of the screen during menus and loading screens.

About those loading screens… Expect to see them often, as the game goes to them before and after each level. Occasionally the entire app will crash, leaving you staring at a completely black screen. Unless that’s just what it looks like when evil wins. 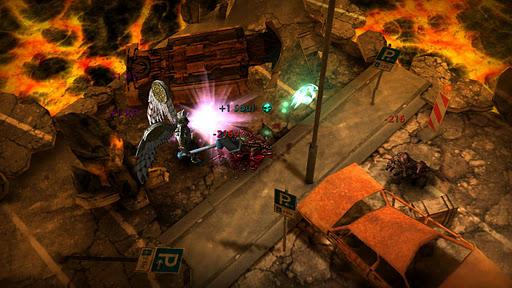 The frustrating parts of the game are even more of a shame considering how great it looks and sounds. The graphics are really top notch for a mobile game, with only the tendency of your angel to float backwards or sideways at times standing out as an exception. Then again, he is an angel. Appropriately dramatic music and bone-crunching sound effects make the audio as good as the visuals.

Some mobile games just feel like they could have used more time to work out all the kinks before going live, and maybe that’s the case here. SoulCraft looks the part of a winner, but it’s going to take some updates for it to truly live up to the potential inherent in its name.