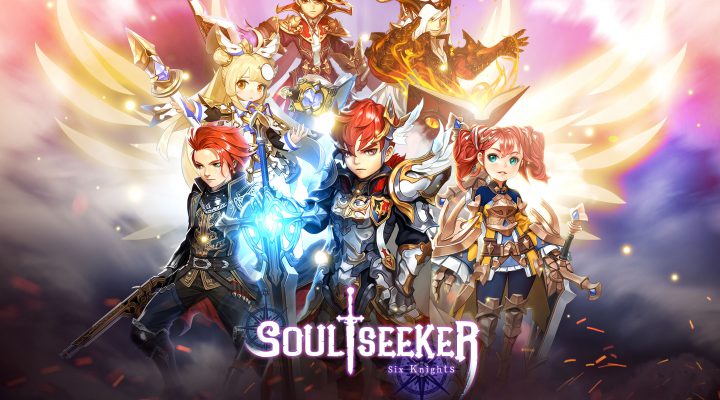 It wouldn’t quite be fair to say that playing one mobile free-to-play MMORPG means you’ve played them all, but it wouldn’t be a million miles from the truth either.

This thriving genre can look a bit daunting to newcomers, what with its endless stats and upgrades and arcane fantasy elements, but once you’ve played a few you realise that they all boil down to the same incremental process of fighting, looting, earning, upgrading, and fighting again. After all, it’s a reliably addictive formula.

Developers differentiate their games by emphasising different aspects of the genre. One might double-down on story, while another bets the farm on elemental combinations. Meanwhile another developer might focus on combat, or imaginative visual design.

With Soul Seeker: Six Knights, Korean developer Clegames has decided to make its game stand out by throwing in, well, absolutely everything.

You control a squad of heroes, the majority of whom are feisty and female. They all have perpetually bouncing breasts too, but let’s overlook that. 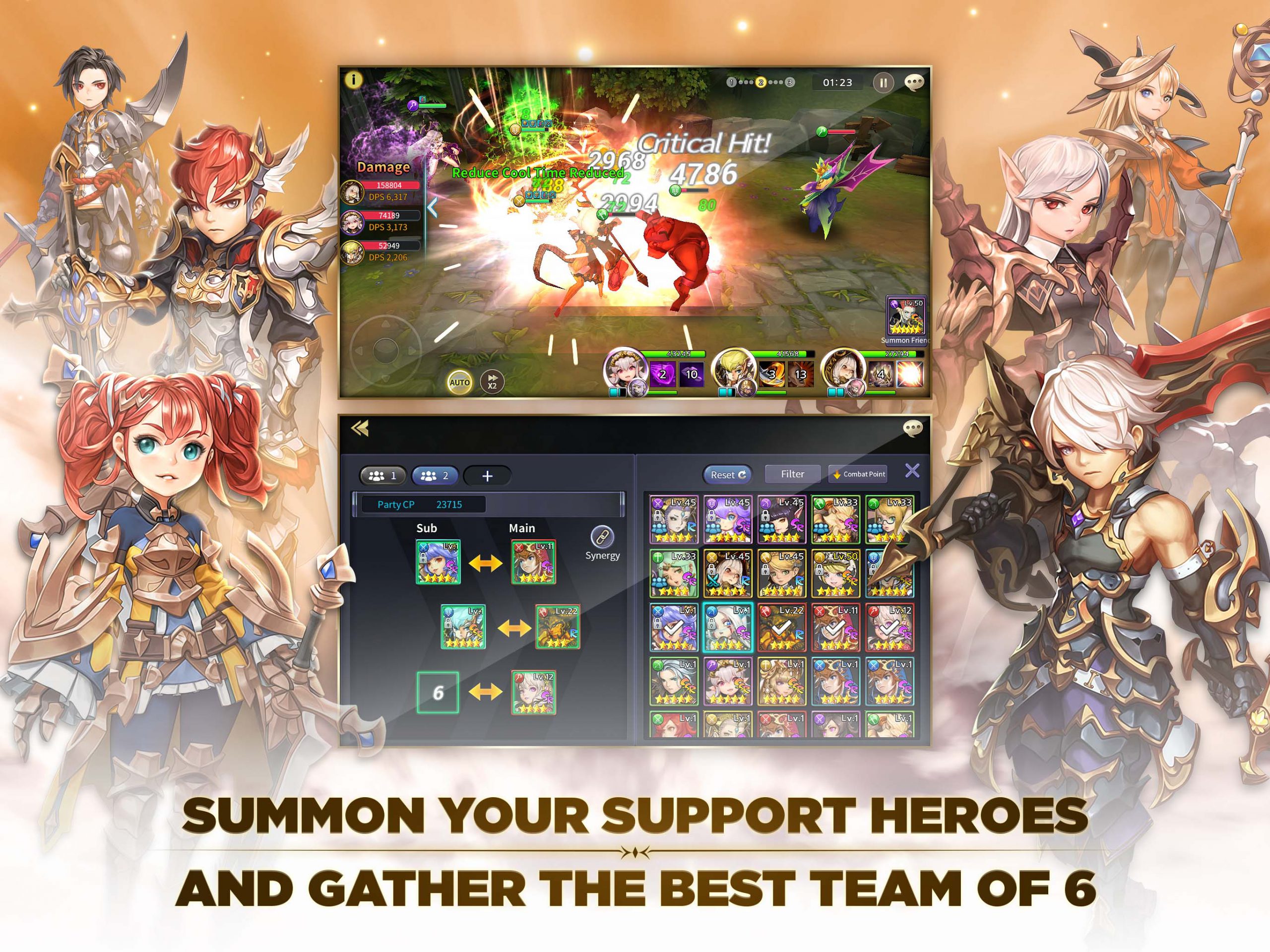 The story revolves around the pursuit of the Soul Stones in the fantasy kingdom of Hermes. The cut-scenes are genuinely entertaining, with characters, dialogue, and situations that are well-drawn enough to keep you interested in finding out what twists and turns you’ll encounter next, even if some shaky localisation takes the shine off in places.

The characters themselves are imaginative, too. In place of the RPG usual suspects you’ll meet (and defeat) giant mushroom monsters, carnivorous plants, wobbly scarecrows, and other assorted creatures that wouldn’t look out of place in a Studio Ghibli picture.

The six knights of the title are your party, though there are only ever three on the screen at once. The other three are back-ups, and you can tap them in whenever your primary hero is getting low on health during a battle. If you forget, the game will tap them in for you.

Each hero has her own skill, and you can set these to deploy automatically as soon as their timers run down.

Combat in mobile RPGs can often seem like a spectator sport, with almost no input from you. Sure, you can normally choose to execute skills yourself, but this has a limited impact.

In Soul Seeker: Six Knights, you can get a bit more involved. Holding your finger down on a specific enemy concentrates your fire on them, allowing you to take out your opponents in order of how much damage they’re causing, and you can also tap and drag on a hero to send her to a particular point on the screen. 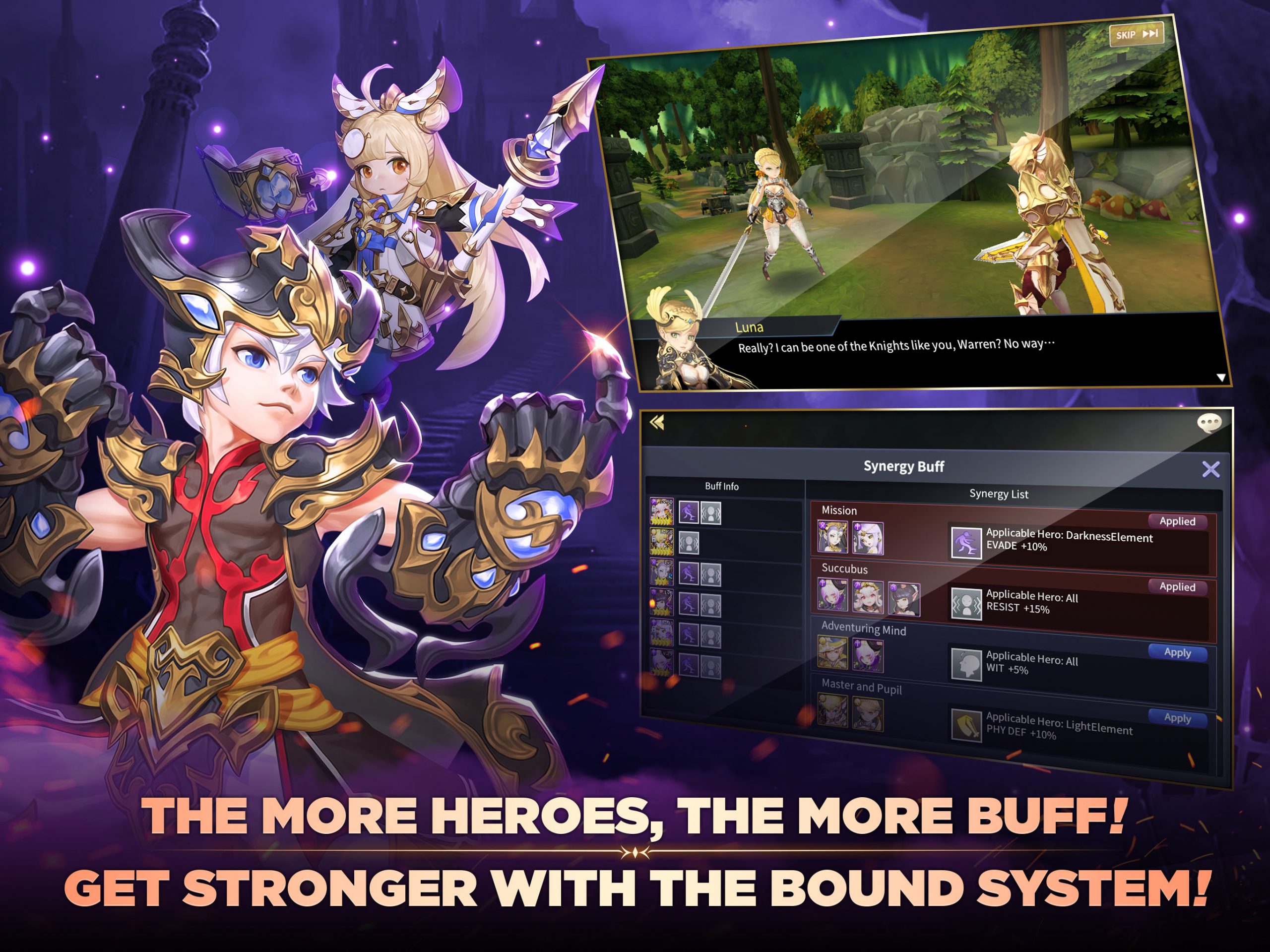 This has a massive impact on combat, since you can outflank and outmaneuver your enemy – a good thing since your enemy also has a habit of attacking from multiple sides.

Otherwise, it has everything you’d expect to find in a high quality mobile RPG, including a rock-paper-scissors-style element system, whereby you can customise your team to give your heroes an advantage over the elemental affinities of the opposing team.

There are 150 different heroes to eventually add to your army, which you summon, along with weapons, armor, and runes, using diamonds and friendship points. Naturally these heroes can all be levelled up and evolved, too, and all of your items can be upgraded to the nth degree using gold.

Once you get to level 20 you can join a guild, which unlocks a whole extra dimension of gameplay where you can play PvP against other players or PvE alongside them, and there are always quests, achievements, and log in rewards to claim.

In other words, Soul Seeker: Six Knights is a mobile RPG like any other, but with a more engaging story and better combat than most. In a crowded genre, that’s a solid recommendation.