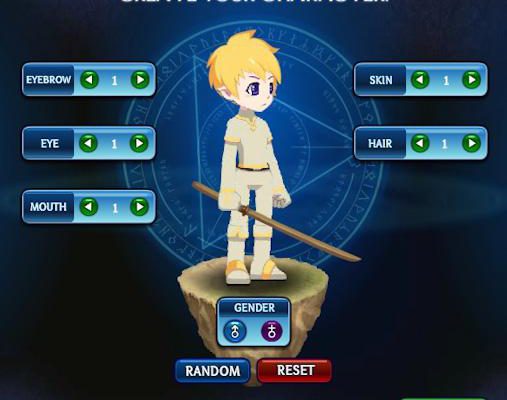 Soul Crash is a social fighting game that actually lets you fight. Well, kind of.

Up until now, playing a social fighting game usually meant plugging in some stats, pressing a button, and hoping that your character does more damage than the other guy, and most don’t even let you see the combat aside from swooshes or a stock audio file of swords clashing. It’s a genre that has always demanded more from your imagination than your skills, in other words, and even the best titles offer a few weeks’ worth of enjoyment at best. Not so with Soul Crash. Here is a game that actually feels like a fighting game, and its features point to a day when playing a version of Street Fighter may be feasible for Facebook.

For one, the characters in Soul Crash actually fight. Instead of just standing opposite each other for the entirety of the match while some number crunching goes in the background, Soul Crash‘s fighters jump and hack and slash and everything else you’d expect from a genre with the word “fight” in its name. It’s still automated for the most part (which means you shouldn’t expect to jump or slash on your own), but Soul Crash differentiates itself from its peers in that the outcome of the battle largely rests in your hands. 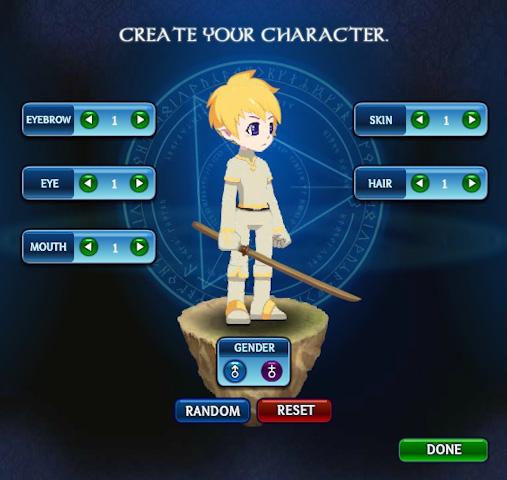 By building up a soul orb, for instance, you can counter an enemy’s attack with a devastating ability that can’t be blocked. Build up more, and you can call in one of your two tag team members to add some extra kick. Build up three, and you can unleash a devastating attack that sometimes finishes off a foe in one move. Timing is everything, since a badly timed special move can completely miss its target and leave you at the mercy of your opponent.

In short, we may not be playing Soul Calibur here, but Soul Crash‘s combat is leaps and bounds ahead of many of its competitors. It’s even proficient in the little things, such as enchantments for your weapons or cosmetic gear that you can purchase through your winnings. Some semblance of story is even found in the missions and quest map, complete with entertaining and challenging bosses that require some strategy to beat. And as a small but welcome touch, you can change the taunts that you character says before and after a battle, complete with a filter if you’re devious enough to make your fighter curse in the process. 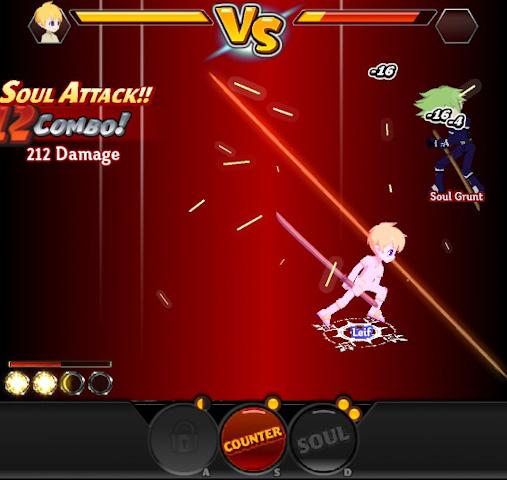 It’s a shame that multiplayer matches are a no-no and that the nuts and bolts of combat remain in the computer’s hands, since such features would go a long way toward making Soul Crash stand out in the marketplace. There are also a host a little issues, such as an extremely long recharge timer that prohibits you from using your Facebook friends in combat too often and bugs that sometimes net you negative energy. There’s also a ridiculously large amount of items that can only be purchased with Facebook credits, such as swords that cost around $30 and gear collections that run as high or higher. For those prices, you might as well pick up a used copy of a game from the Soul Calibur or Street Fighter franchises.

But hopefully this release counts as the first round of a new era for fighting games on Facebook. The right elements are all here; now Gaia just needs to polish their execution. While you shouldn’t start plunking out Facebook credits for gear just yet, Soul Crash is certainly worth a visit.