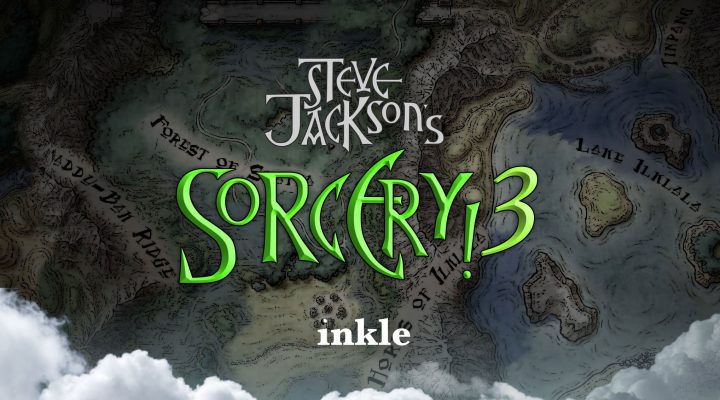 Great time-travelling addition to the gameplay.

Less of a gamebook than similar titles.

Ideally need to have played the sequels before playing this one.

Smartphone game developers were doing some very impressive things with the gamebooks of old, but none have had the impact that Inkle has made. These guys have reinvented the concept to such a degree that I’m forced to wonder whether apps like Sorcery! 3 is still even a gamebook.

That’s not a criticism, mind you. It’s an effort to impart just how advanced the mechanics have become; leaving the old “turn to page 305” system long dead in the literary dust. 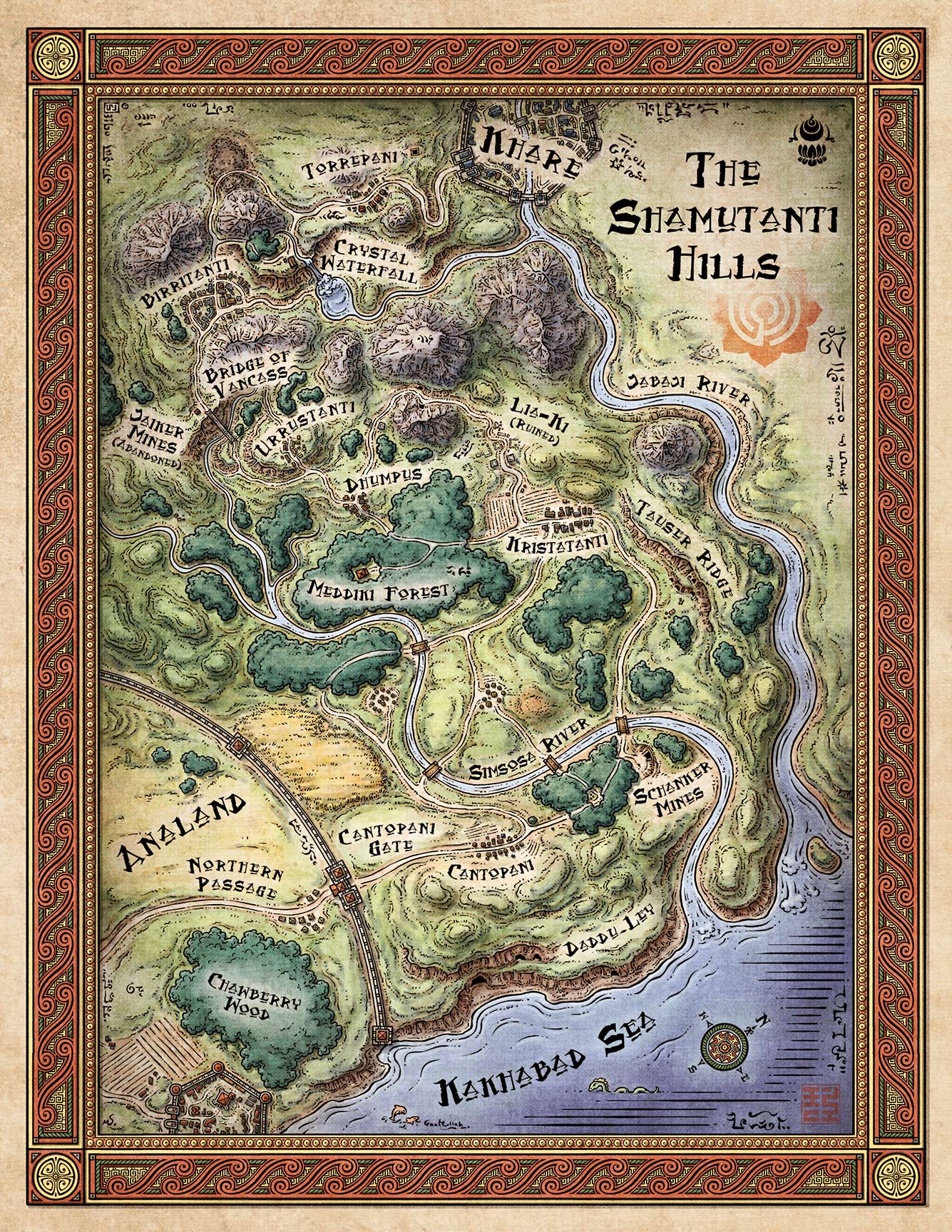 Sorcery! 3 picks up right where Sorcery! 2 left off, as you stumble out of the city of Khare. The action begins right away as you set out on a new quest across the Baklands to track down seven magic serpents. These deadly creatures are servants of the Archmage, and you need to prevent them from warning him about your impending arrival at his fortress doors.

It’s a quest that’s packed with twists, turns and RPG-like battles. These fights employ a superb mechanic that fits with the interactive fiction style while still adding some skill to the mix. Gauges are used that allow you to set how much of your resources are ploughed into a fight, and by paying attention to the narrative cues interspersed into the combat sequences you know whether to expend all your energy, turn and run, or play the fight out as frugally as possible.

Much like the spectacular 80 Days, Sorcery! 3 makes use of an open world map that you can navigate with an impressive amount of freedom. Especially considering that it doesn’t seem to harm the strong story at the game’s core. Exploration becomes much more of a factor in your success that it did (or could) in the original dead tree version, and that includes slipping in and out through time to investigate the Baklands wasteland across millennia. 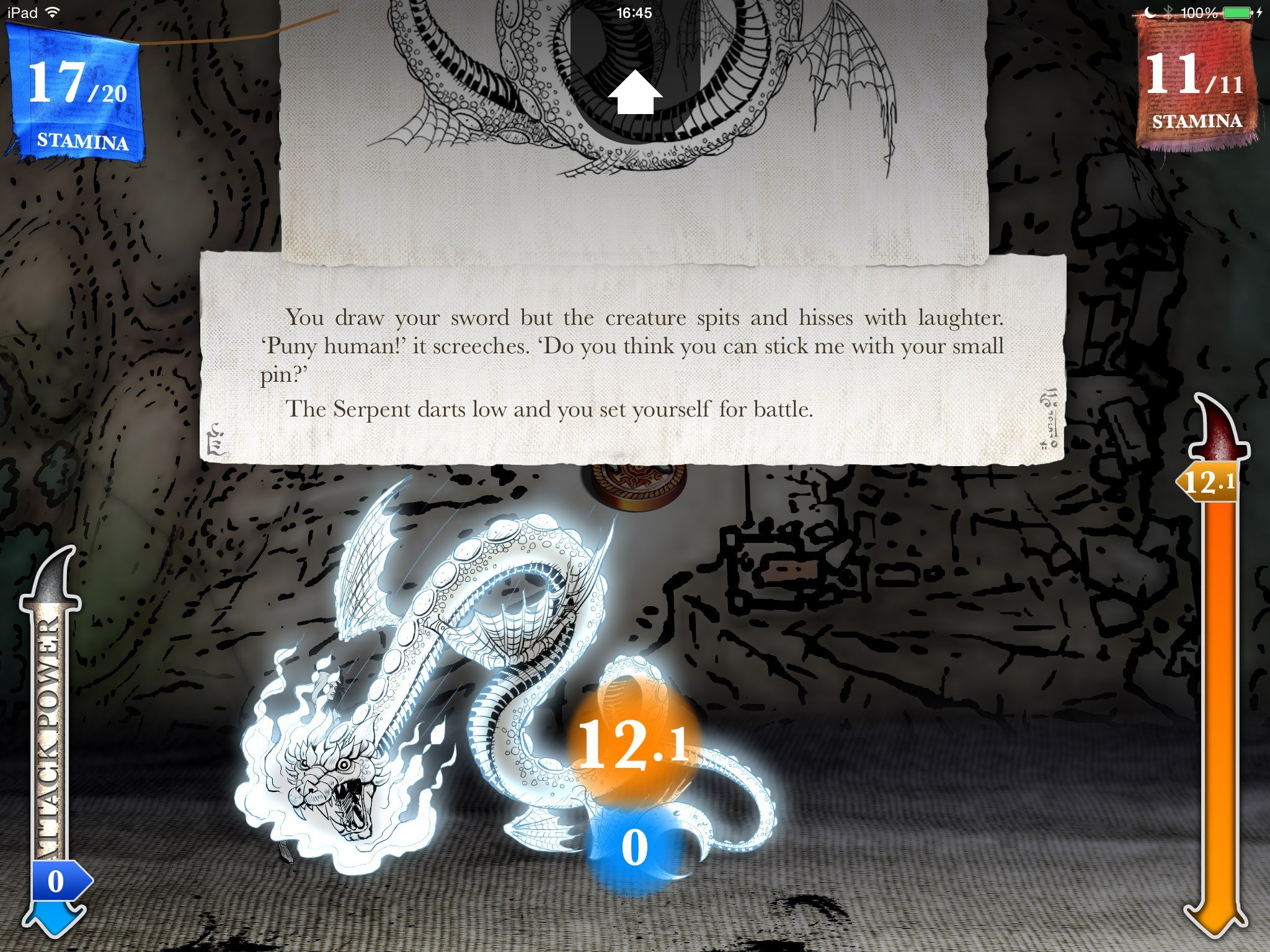 There’s actually a brilliant mechanic at play here that’s akin to a hidden pop culture reference. The kind of reference that super-fans will delight in, especially as the noobs pass it by without noticing, only further enriching our sense of quiet, elitist delight. Sorcery! 3’s time rewinding option is not just inspired, but essential to a well-played game that adds a Braid-like puzzle element to the gameplay.

For those of us who thumbed — literally — through the gamebooks of yore, it’s so much more. For the first time since choose-your-own-adventure stories went digital, you can effectively keep your finger in the page once again. And like so many other ways Inkle has evolved the gamebook, doing so is no longer a simple way to cheat but is an active and essential part of the gameplay. This time travelling addition is new to the Sorcery! canon, but it’s a worthy addition that makes the game significantly more playable on the digital medium.

It must be said that there’s some loss of nostalgia in Sorcery! 3, however. It’s an amazing game that you absolutely must play, but it’s much less of a gamebook than similar apps are. If you harbor no such nostalgia for its paperback ancestors, I could almost envy you, because it’s perhaps the one shadow cast across the pages of Sorcery! 3 for me.

This shadow isn’t nearly enough to spoil anyone’s enjoyment, of course, as this is once again a seminal moment in interactive fiction.