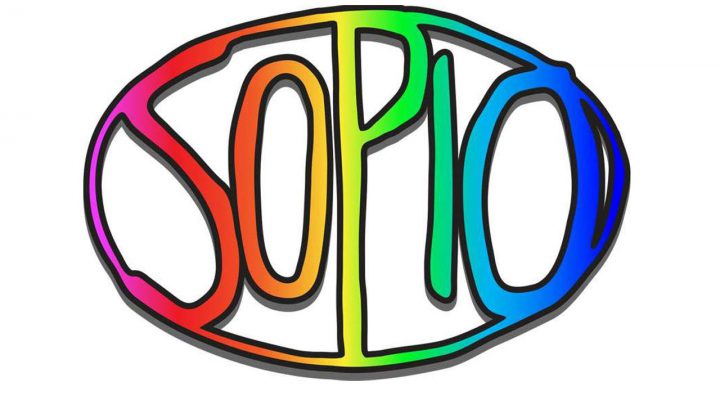 Sopio is a four-year-old card game from Alex Day and Danny Hooper, two young gentlemen of varying internet fame.  To mark the game hitting the big oh-four mark, the pair released Sopio for iOS devices with the help of Lightwood. With simple rules, crude drawings, and eye-rolling puns, the physical version of Sopio caught on and grew into a game that now features multiple decks and booster packs.

Of course, having nearly 1-million subscribers to your YouTube channel helps a bit too.

So, unlike most developers on launch day, Day and Hooper weren’t worried about if consumers will like their game. The success of the physical edition already proved that people dig Sopio. The real question is if people will like playing it on their phones and tablets. 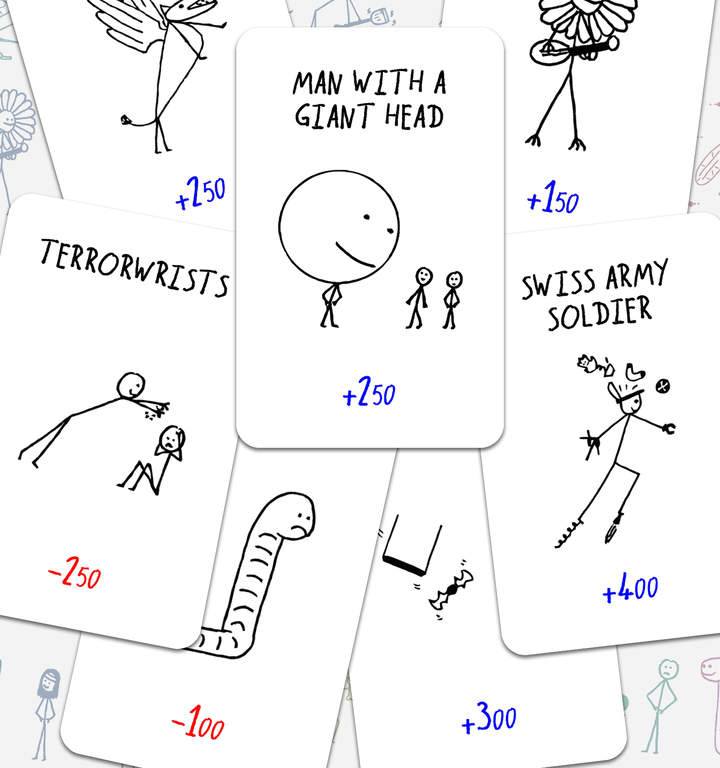 Sopio is a multiplayer card game where the goal is to reach one-thousand points by playing cards that generally increase your point-count, and decrease your opponent’s point-count. While some cards do just that, the majority of cards come with secondary instructions. Anything from reducing your opponent’s points by a whopping 400 at the cost of having to discard one of your other cards, to having to play two cards in one turn on yourself and an opponent respectively.

This is where I ran into Sopio’s first digital hiccup; it’s hard to tell exactly where the cards go. For example, if a card is played where I must choose a card from my opponents hand and I see a dangerous minus-500 card sitting in their hand, I’m going to want to snag that card from them before they can use it on me. But instead of that card going to my hand, it goes right into my points, instantly reducing my total points by 500. Whoops. 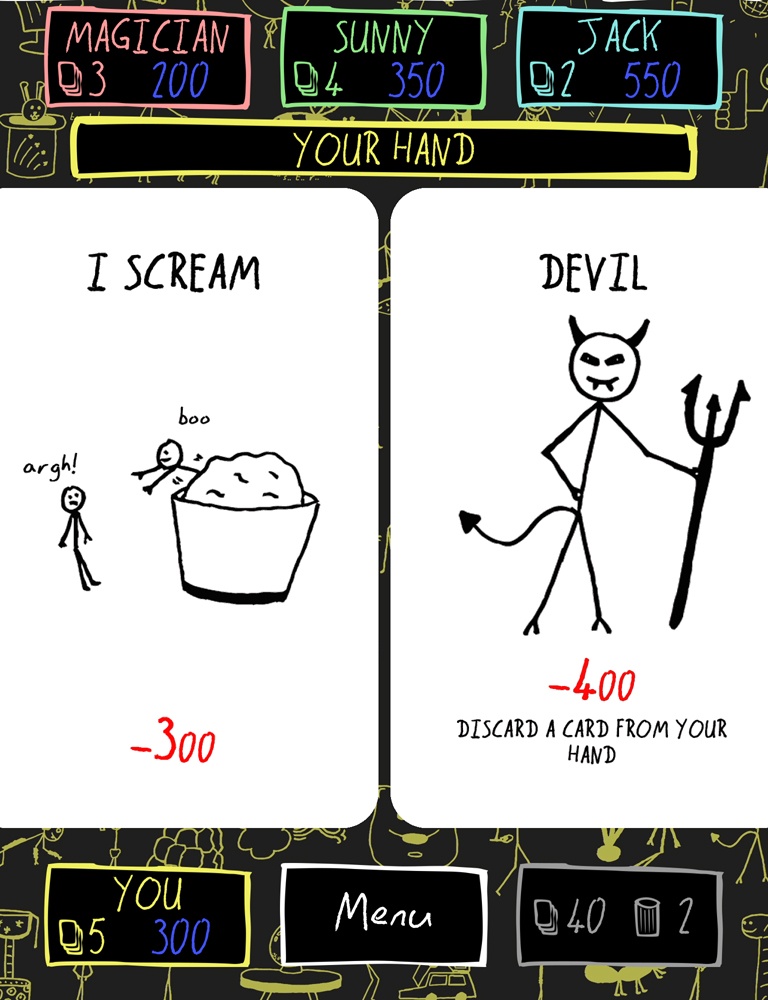 The user-interface doesn’t relay to the player where cards will go, and the card wording is ambiguous, making some cards annoying to have to deal with.

If I were sitting around a table with my friends, this would all be different since someone would speak up about what cards go where and when. But with the iOS version, I’m on my own. On my own, quite literally, I might add.

There is no multiplayer in the iOS version of Sopio. You play against 3 AI characters each game, and while there are various AI characters to compete against, they all play the same. The A.I. does a good job reacting properly to one another (and the player) if one entity has too much of a lead on the others, so it keeps the game feeling competitive and kept me focused on making sure I kept my competitors’ points as low as possible. 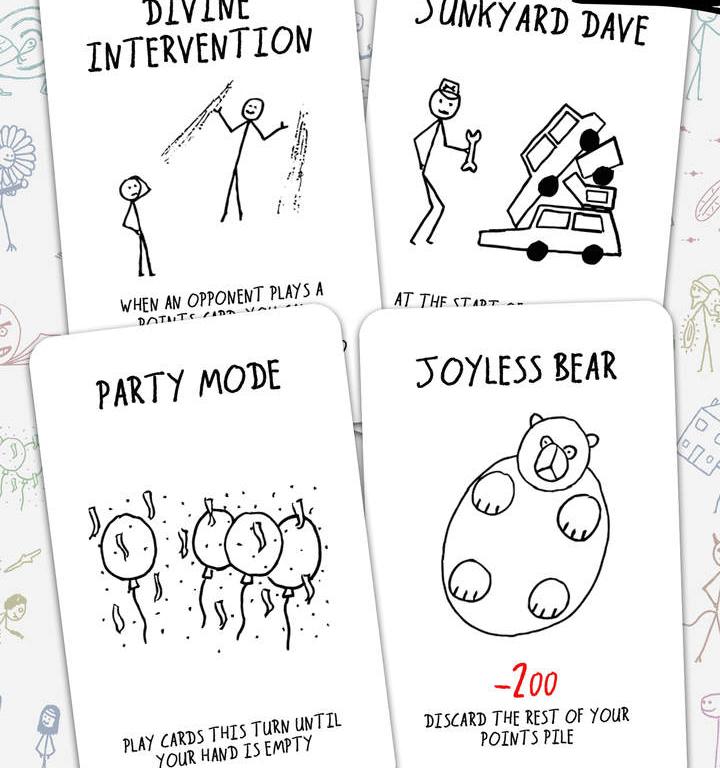 Even though the A.I. maintains a competitive atmosphere, I know I’m missing out on the kind of experience that players get by playing the game with other people.

It’s clear that Sopio was designed to be as ridiculous as possible, and these cards can totally ruin a player’s game if played properly. When I play these game-altering cards, I miss the satisfaction of seeing (or even knowing) that the person on the other end of my play is groaning in anguish as they discard their entire hand, or something equally as frustrating. The A.I. bots just can’t compete with real players – at least on an emotional level.

Sopio is a fun game that I imagine is loads of fun to play with a small group of friends, but unfortunately that experience doesn’t translate very well digitally, where it has been isolated into a single-player game.