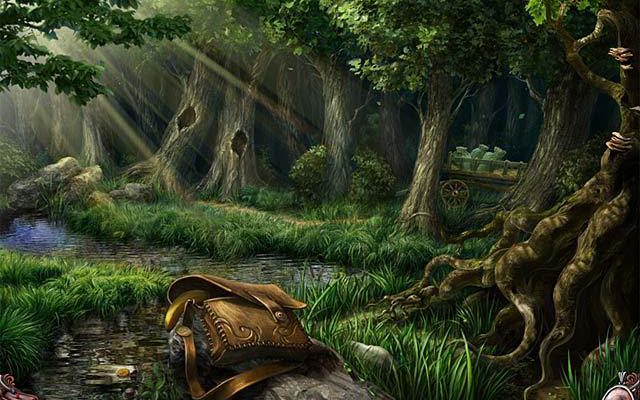 In Sonya, we see a hidden object game with tons of potential: an interesting story mixed with lots of puzzle variety and lovely gameplay visuals. However, we also see a game that seems a bit unfinished, as though Specialbit Studios added repetitive hidden object scenes just to prolong the experience. A bit of a double-edged sword, Sonya is an enjoyable game, but isn’t enough to break the mold.

Sonya follows our title character on a journey to save her sister Lily. Attacked in their own home, the sisters are separated as Lily’s life force is stolen, leaving her physical form for dead if it’s not returned. You’re given but a brief clue from Lily’s apparition as to her attackers and must set off through the forest, through a magical portal and beyond to reclaim your sister’s soul before it’s lost for good. 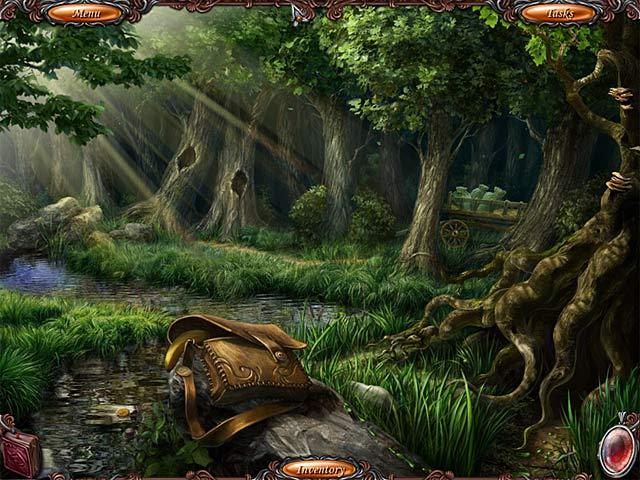 Sonya plays as a fairly traditional hidden object game with a nice variety of puzzles thrown in. You’ll claim items in each hidden object scene that must be used elsewhere in the game, either on their own or after combining them with an appropriate counterpart (a pair of broken goggles and replacement lenses, for instance). While the basic scenes of finding items based on words on a list are overused to the point where some become monotonous, there are other scenes that are only played once and last longer, instead relying on visual clues. In these scenes, you may be asked to find three or four pieces of metal that come together to form a valve handle that must be used right there in the scene to unlock something else. They’re lengthy portions of gameplay that are actually quite enjoyable, even if a bit unintuitive. 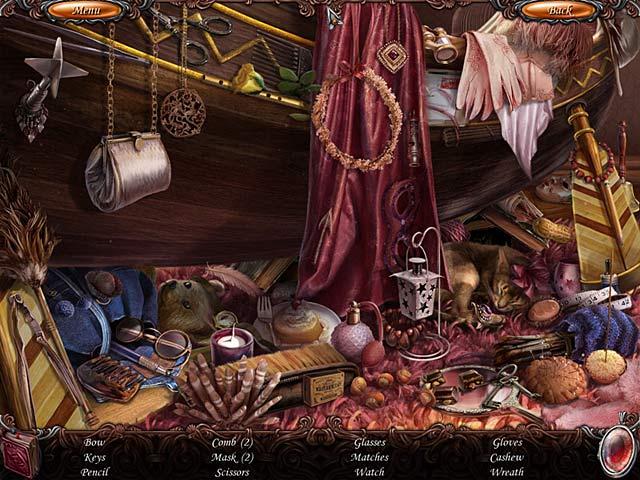 While the gameplay here also suffers from a bit of an over-dependence on backtracking (“This tripod needs a spy glass. I have one at home.”), there are other technical issues that seem a bit more distressing. For one, the 180-degree difference between the game’s two visual styles is jarring to say the least, seeing beautiful gameplay environments interrupted by voiceless cutscenes in a comic-book style. It’s not that these comic-book graphics are bad, but they feel entirely out of place and can cheapen the experience. Likewise, some sound effects seem to cut out in the middle without finishing, and the game’s calming soundtrack turns off and on when entering and exiting a hidden object scene. Why couldn’t it just play throughout the entire thing?

For these admittedly nit-picky problems, Sonya still has an interesting storyline that will see you through the 2-3 hour gameplay length nicely. For those looking for a bit of a challenge, you won’t be incredibly taxed here, although the hint button does take quite a while to recharge, if that counts. All in all, Sonya is a very pretty game that does an adequate job while it lasts, but definitely isn’t extraordinary.