Poor controls and physics. Youâ��ll have finished after less than 90 minutes. Music is horrible.

Sonic is back to finish the journey he first started back in 2010, and this time he’s brought along someone you may well recognize. Sonic the Hedgehog 4: Episode 2 follows up on the original episode, with the aim to hark back to Sonic gaming of the 90’s while injecting this millennium’s 3D coat of paint.

Episode 2 is very much more of the same, with all the same pros and cons as last time, albeit with Tails along for the ride. However, clocking in at just over an hour of play, you won’t exactly be experiencing Sonic’s world for very long.

Metal Sonic and Eggman have formed an alliance against Sonic, and are building yet another Death Egg to rid the world of anything good. Along with his flighty pal Tails, Sonic rushes to the rescue, ready to bop all of Eggman’s badniks on the head and send Metal Sonic packing.

The first, most striking thing about Episode 2 is the gorgeous environments. The backdrops in particular are stunning with plenty of depth – check out screenshots of the carnival level to see what we mean. The stuff in the foreground is well crafted too, and makes for one of the best-looking Sonic games going.

The 3D is used in gorgeous ways too. Sometimes Sonic might spring to 2D plains in the background, rushing behind the foreground until you find another spring. Boss battles are all the more epic as well, for the way in which they use the space – the last boss battle in particular is a notable success. 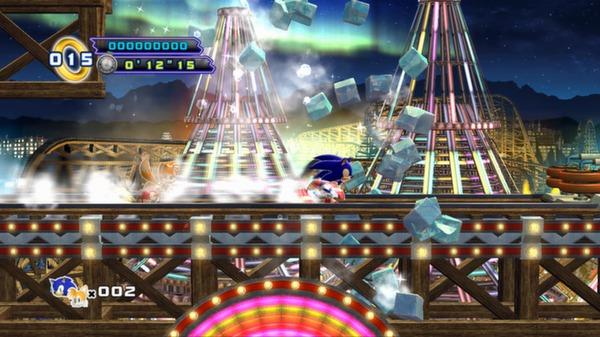 Episode 2 features a mixture of great and awful level design. It’s a lot more reliant on obstacles rather than falling to your death, which is a huge step in the right direction, but there are still very frustrating moments where the game seems to think the player has lightning quick reactions, and you’ll hit spikes and enemies over and over, losing life after life until you get it spot on.

In fact, gameplay-wise, Episode 2 is all over the place. Take the inclusion of Tails, for example – some of the moves you can do with Sonic, such as turning into a huge spinball and smashing through barriers, are great fun. Then you get the not-so-great, such as when you try to fly with Tails, and he runs out of breath and suddenly divebombs instead of giving you time to think.

Once again, it’s the controls that bring Sonic down a great deal. The hedgehog handles like a sloth, moving off at the slowest pace possible and not really ever getting to great speeds. The physics are also off again, and making some jumps can feel highly irritating, as you simply can’t get a good feel for how he moves. 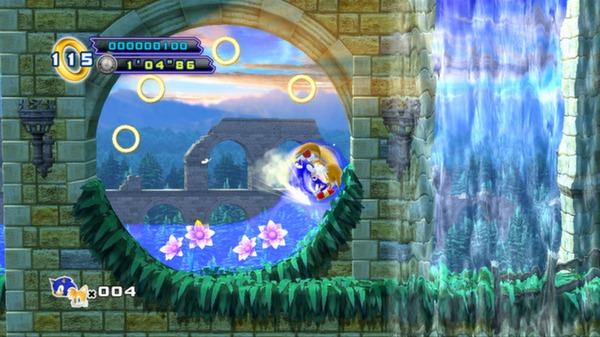 Top this off with a soundtrack that you’ll no doubt have muted after just a few minutes, special stages which don’t provide even a moment of fun, and nonexistent replay value – coupled with the aforementioned max 90 minutes of actual game – and Sonic 4: Episode 2 left us feeling disappointed. The online multiplayer co-op may have been fun, but try as we did for over 20 minutes, we simply couldn’t find a game at all.

Still, there is promise in this latest effort that Sega is slowly but surely rediscovering what made Sonic great in the first place. If the publisher could simply tighten the controls and cut out some of the tragic level design, there could be a bright future for the blue hedgehog yet.