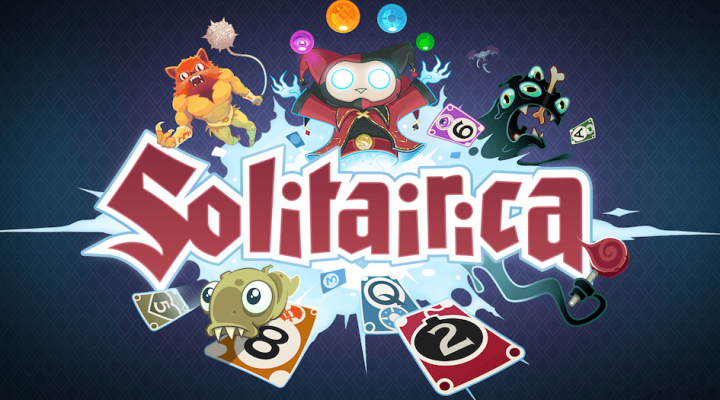 Lots of different classes to unlock

Ideal for dip in and play sessions

Not many levels to tackle

Turns repetitive after a while

Combining a simple roguelike style RPG with solitaire is a pretty enjoyable mix in Solitairica. It’s the kind of game you’ll have a blast playing for a few days, even if it lacks the depth to keep you coming back for more in the long term.

Solitairica plays a lot like a regular game of solitaire. A line of cards are provided at the top of the screen, and it’s down to you to clear them with the cards in your deck. You need to do this before your enemy destroys all your hearts – something that some enemies can be pretty good at, being able to hit quite hard.

Due to the random assignment of cards, winning can be quite easy to accomplish sometimes, and it can also be quite tricky. Luck plays an important role here, like in any card game. Where you’re offered some help is through the spells you can cast. 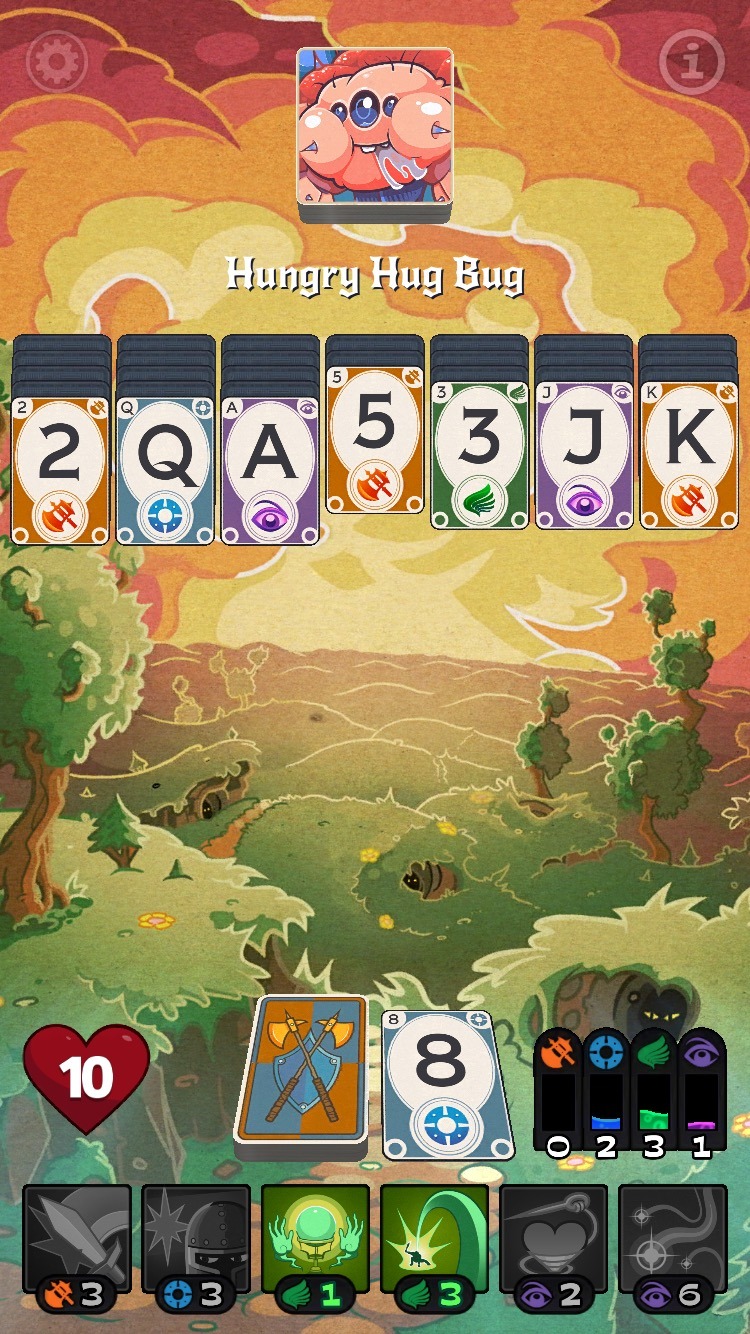 Starting out, you’re given one class to play with – the warrior. With a focus on destructive powers, each of his abilities is powered up through the cards you clear. Each card has an energy attached to it such as attack, defense, agility, and willpower. Soon, you find yourself trying to clear specific cards first so that you can boost your powers. You then use those special powers to make up for when you have a lousy run of cards. It’s a simple concept, but one that helps take the edge off the randomness of the cards dished out. 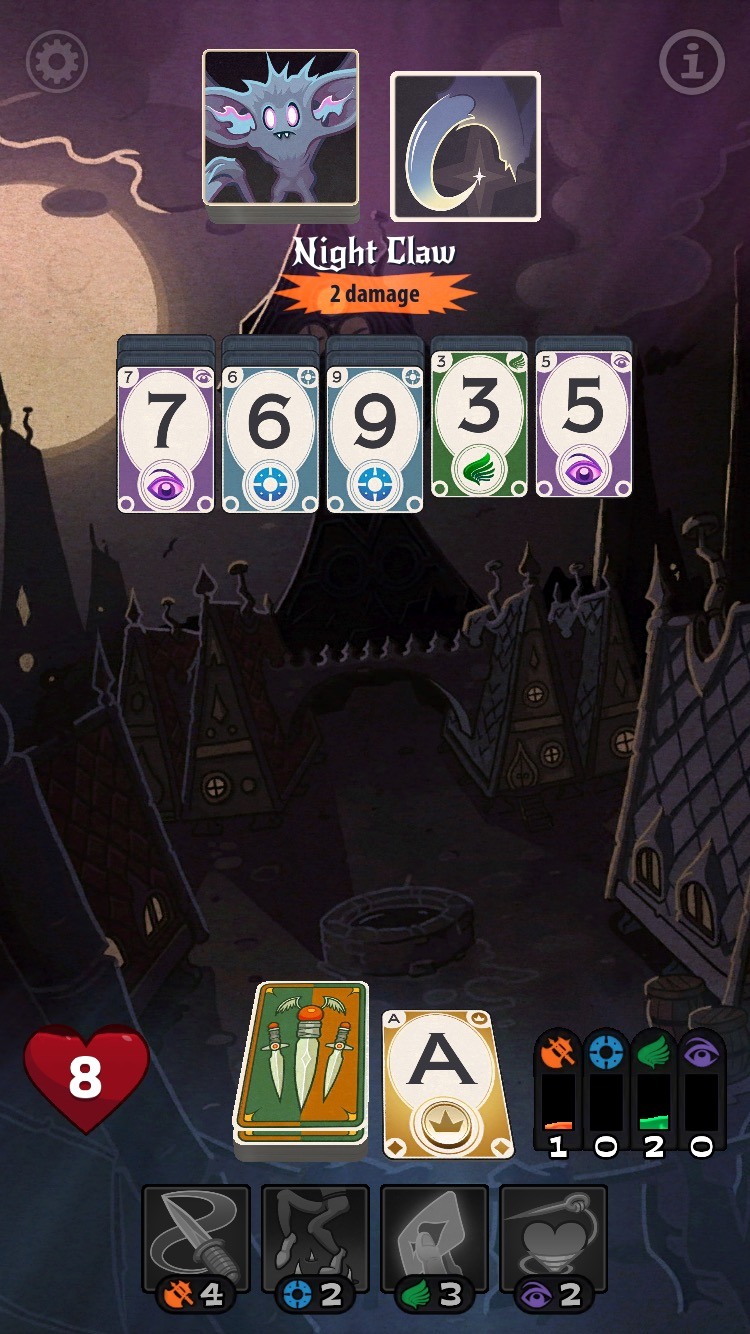 The idea is to play through all 19 levels, accruing coins and wildstones as you go. Coins can be used to buy new abilities between rounds, giving you a help along the way — but they’re only available during the session you buy them. Die and be forced to restart, and you lose those extra abilities. The key here is to use them effectively so that you can last a long time, gaining more wildstones. Wildstones are used to unlock new classes, buy permanent upgrades, and resurrection potions.

That’s where repeated sessions pay off the most. In particular, early on, you’ll be focusing on unlocking the extra classes available. Each offers a slight twist on the format, such as the rogue with his focus on agility as well as attack, or the more magic focused wizard. 19 levels might not sound like much, but when you’re finding your feet with numerous different classes, it becomes far more substantial. For a short while, there’s always something new to work towards, even if it can be a little repetitive.

Where Solitairica falters is its depth. It’s not as deep as it sounds. Once you’ve unlocked all the classes, you’ll find yourself gravitating to your favorite and mostly using the same spells repeatedly. That’s fine, but it means that Solitairica outstays its welcome eventually. There are only so many times you can play it until you feel as if you’ve had your fill and seen enough. Fortunately, that amount of content just about warrants a purchase, but you’ll burn out earlier than your initial playthroughs would have you think.