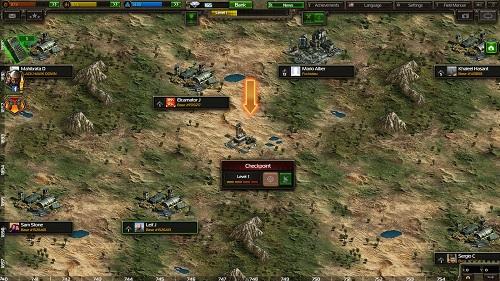 Mere moments into my playthrough of Soldiers Inc., one thought asserted itself above all the others – the music was rather good for a social strategy game. As I trudged through the familiar motions of base building and resource collection, I found I had to amend that – no, it was really good. And for good reason, too. Although it has many of the stylings found in a host of other Facebook strategy games, Soldiers Inc. has the great fortune to feature the music of Jesper Kyd, the composer behind such scores as Assassin’s Creed and Darksiders 2. Call me shallow, but that’s enough to warrant a play of this otherwise run-of-the-mill strategy game in my book.

The game proper does present a few additional surprises, although not with such distinction. There’s the setting, for one, which tosses aside the genre’s reliance of fantasy tropes and sci-fi trappings for a roughly contemporary setting in Africa in 2019. The stage here is the fictional Republic of Zandia, and apparently things go so badly in the next couple of years that corporate armies from multiple countries are squabbling over resources across the savanna.

Through it all, a subtly menacing figure calling himself Mr. Black guides you through tutorial missions, even though he looks like he’d be more at home in a UPS truck. On the bright side, almost all of Mr. Black’s lines are spoken by a competent voice actor, lending Soldiers Inc. a degree of immersion that’s often absent in games like this.

But if you’re familiar with many of Facebook’s other social strategy games, particularly those developed by Plarium – you can probably guess where things go from here. After so promising a beginning, Soldiers Inc. quickly slides into the familiar dance of building bases, collecting resources, and engaging in a few PvP battles. Unfortunately, it lacks some of the flair of these other entries, resulting in a game that feels too entrenched in the past. That’s most apparent in what passes for the actual combat, which eschews the lightweight tactical skirmishes of a game like Vega Conflict for a simple screen that merely shows the outcomes of an abstract battle based on your stats.

Alas, that means it’s difficult to escape the impression that Soldiers Inc. wants you to spend money often to keep those stats up. Reminders to speed up construction, healing, and training abound around every corner, although naturally the ability to join alliances with other players eases some of the burden. All the same, it all builds to the same head: you’re merely piling up enough stats and units to beat the other guys in the abstract battles – be they NPCs or fellow players. 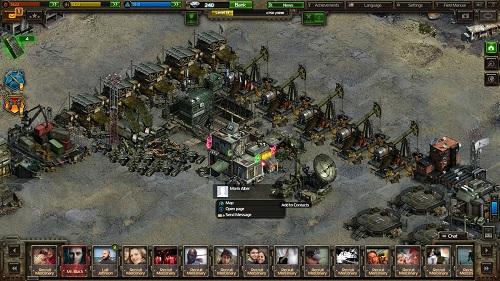 All this unfolds against a backdrop that’s somehow at once striking and bland, with detailed models for military encampments and vehicles clashing with a drab color palette and an unremarkable UI design. In short, despite more promising features surrounding its audio design, venturing into the Republic of Zandia feels all too much like undertaking an expedition into mediocrity.

That aside, Soldiers Inc. does its job well by playing by the genre’s established rules, and it’s currently not hard to find other players to form alliances with on account of the literally hundreds of thousands of people who play. Just don’t expect to wander into this beleaguered corner of digital Africa and find something that’ll leave you questioning the quality of everything you’ve seen of Facebook until now, aside from a catchy soundtrack. Heart of Darkness this is not.