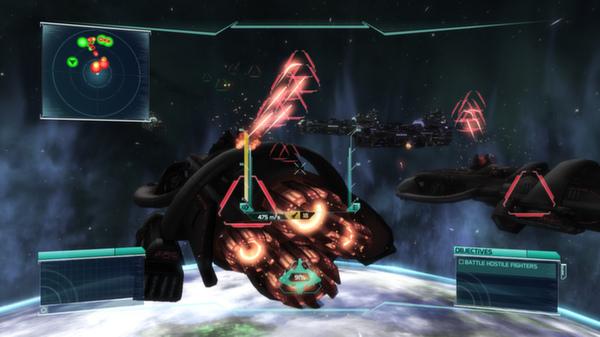 SOL: Exodus tries its best to recapture the glory days of space shooters

When I was a kid I grew up playing on a Tandy 1000 home computer. It wasn’t much to look at, my display had a limited color palette, and there wasn’t really anything beyond Space Quest II or Wheel of Fortune that it could run. But it was mine, and I loved it. Then I walked into Radio Shack one day and saw X-Wing running on a floor model. After this, I quickly learned the meaning of the word “upgrade.”

SOL: Exodus is a game that harkens back to the classic days of PC space combat. It’s a game that will instantly warm the cockles of the heart for fans of games like Wing Commander and X-Wing vs Tie Fighter. There’s something seemingly timeless about the genre, and yet it’s somehow fallen off of our collective radars for the last decade or so. With SOL: Exodus, the folks at Seamless Entertainment seem determined to bring that back.

And in a lot of ways, they’ve succeeded amicably. The game looks slick and the controls beautifully. It’s also very clear in its direction – you’ll never be at a loss for what to do next, or find yourself scrambling to find your current target. But while it nails the essentials, SOL: Exodus seems to be misfire on a few key elements that would make this a must-have addition to any spacefaring gamer’s collection.

This biggest of these missteps seems to be in the missions themselves. In short, they lack variety. For the most part it’s just players shooting enemy ships in an attempt to protect a larger ship until the game gives you the green light and says everything’s ok. Sure there are little elements that are unique to each mission, like disabling certain towers with a special pulse weapon, or hacking the security on an enemy ship, but ultimately each mission feels too much like the last.

The game stumbles a bit when it comes to story, too. For a game with such surprisingly decent voice acting (all of the story elements have full voice work, which is a great touch), the tale these voices are conveying is the worst kind of generic sci-fi nonsense. Humans have set off to colonize the universe, meet opposition from some religious nutters, and time and again have to duke it out in the stars. At times the writing will make you chuckle, but for the most part, its utterly uninspired dreck. To be honest, the whole thing has a Battlestar Galactica vibe, which only reinforces how “been there, done that” the story feels.

And finally, while it’s hard to criticize a game on what’s not there, it’s impossible to miss the total lack of multiplayer. Multiplayer isn’t a must for every game on the market, but for a game that’s little more than dogfights in space, it’s kind of a no-brainer. And since many of the games that inspired SOL were doing this as early as 1994 (Wing Commander: Armada), it’s kind of inexcusable to not include it in a title 20 years later – especially one that seems so bent on recapturing the genre’s former glory.

That’s not to say that SOL: Exodus isn’t a good time. For the price, you’re definitely getting your money’s worth when it comes to space combat. Controls are simple, intuitive, and effective, and the visuals can really suck you into the experience – especially the first time you’re tracking an enemy ship and then see it sore past you at close proximity. It’s just that the game had the potential to be so much more. Still, if you’re the kind of gamer with fond memories of Mark Hammill’s cheesy acting in Wing Commander III, or if you remember the distinct sounds of your 36k modem dialing up your friend for a little X-Wing vs Tie Fighter action, SOL: Exodus will definitely remind you of your younger days.