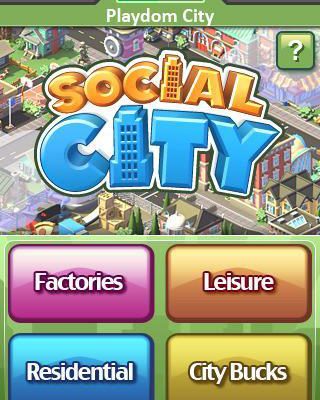 When it comes to Facebook games, Social City has been the biggest runaway success of 2010 so far. In little more than six weeks since its debut, the popular city-builder’s audience has grown to more than 12 million users. Looking to branch that success out, Playdom has just released an iPhone version of their smash hit. But don’t get too excited – the developers behind this app seem to think that to get the game to fit in your pocket they’d need to shrink down the gameplay too.

The description on the App Store reads as follows: “Social City invites you to manage and decorate your own virtual city with chocolate shops, movie theaters, burger joints and more! Rapidly advance by finding the right balance of industry and entertainment, and even by lending a helping hand in neighboring cities.” It’s a great description of the Facebook game, but none of this happens in the iPhone app. You can’t purchase buildings. You can’t set up your city. You can’t even visit your neighbours — there’s nothing social about the portable version of a game called Social City! It’s lunacy! 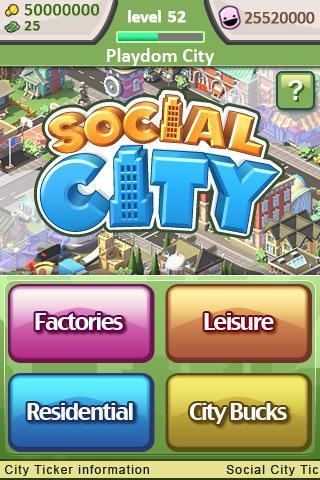 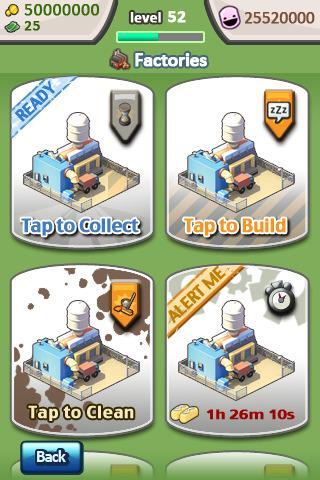 This app is masquerading as a game, but it’s really nothing more than an accessory for players who are already deeply entrenched in the Facebook version. You’ll be able to clean your buildings and add new residents whenever your housing allows, but you won’t be able to make any major tweaks or revisions to your city. They’ve taken the “one-click” experiences of the game and given them an app all their own, taking all of the fun aspects of Social City and leaving them on the cutting room floor in the process. As a big fan of the original Social City, I love that I can up my population when I’m away from my computer – but beyond that one task there’s really very little I can do with the Social City app.

The only other feature included is the ability to manage your factories, but it’s little more than a cheap attempt at a cash grab. For the first three days you’ll be able to set up and collect on factory contracts free of charge, but after that you’ll need to spend City Bucks. City Bucks are the in-game currency that you purchase with real world dollars. Normally these are spent to purchase special buildings that are exclusive to the currency, but since you can’t buy buildings in this version they’ve come up with a dastardly plan to get you to start making micro-transactions – by forcing you to pay for something that’s completely free on Facebook.

As an added bonus for those who are willing to pay, you’ll be able to set an alert so that you’ll receive a push notification whenever your contracts are ready for collecting. It’s a nice touch (not unlike what we saw in We Rule) – but it doesn’t work. We’ve fiddled and experimented with a number of different contracts, and not once did we receive a push notification when it was ready for collecting. It’s the one truly exciting feature in this app, and at launch it’s completely broken. At least the game includes partner offers to let you earn City Bucks for free. Whether that’s scummy or brilliant is entirely your call.

A big part of the appeal with the original Social City was setting up and tweaking your city, and that simply isn’t available here. In fact, almost nothing is available here. Social City on the iPhone feels like little more than an advertisement for the Facebook game, and it’s a poor advertisement at that. Having the ability to manage your buildings on the go is nice, but marketing this as if it were a full-fledged game was a horrible mistake on Playdom’s part. As an accessory to those already playing Social City, Social City for the iPhone is a nice, albeit slightly broken bonus. It’s worth the download if only for the 5 free City Bucks the game promises you for doing so. But if this is your first experience with Social City? This app will likely scare you away from ever checking out the Facebook version.