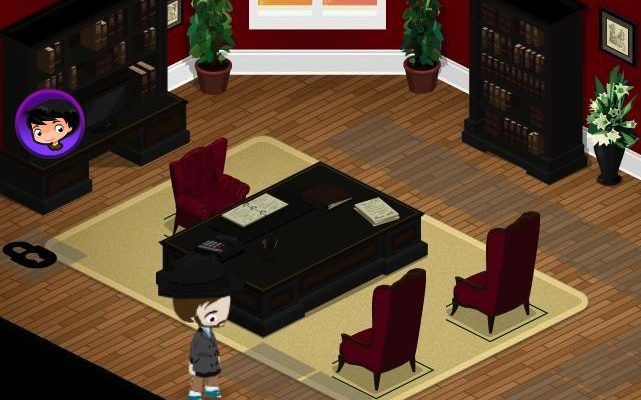 In Snoops you get to be a private eye, searching for clues in an attempt to nail the bad guy. It’s a game that takes a pretty standard social game formula — searching a grid-like environment, one square at a time — and attempts to make it unique with a great sense of style and some interesting new ideas. Unfortunately not all of those new ideas are as interesting as they first seem, and so you’re left with an average, but disappointing, experience.

The gameplay is very similar to CSI: Crime City. Each case consists of a series of locations, and you’ll have to explore each one to gather up all of the necessary clues. Finding these clues is a simple as clicking on square after square. Some are empty, while others hold clues. In an interesting twist, some of the squares actually contain bombs, which you can diffuse either by spending a few Facebook credits or forfeiting some of your energy. You also have the option to simply attempt to outrun the bomb, completing the room before it explodes. This creates a nice sense of tension that’s otherwise absent. 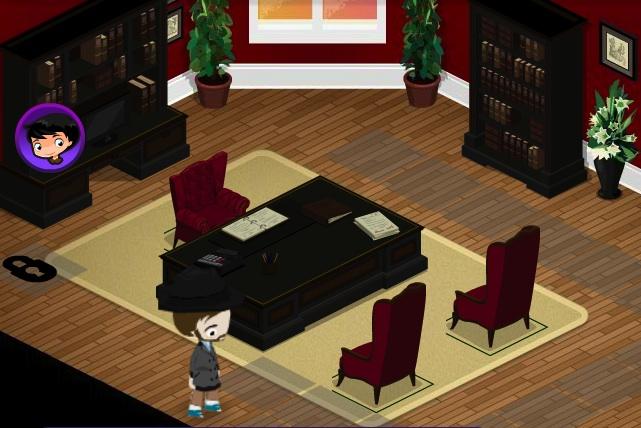 Completing a room doesn’t mean exploring every single square, though you’re free to do that if you’re so inclined. Instead you just need to find all of the clues. Once you’ve gathered up all of the clues for a case you’ll then have to find the guilty party via the Solve-a-tron, a machine that lets you determine just whodunnit. In theory this should be a great feature, letting you pick out clues to associate with any of the three suspects. In practice it’s little more than a guessing game. The clues are random objects and you really don’t have enough information to go on in order to figure out what belongs to who.

There are nine cases in total, though Snoops‘ loading screens list them as “season one,” which presumably means more are eventually on the way in a second season.

It’s just a shame that, for all of the promise the game holds to make you really feel like a detective, the core gameplay ends up being so simple and repetitive.You’re really just clicking squares and that’s about it. 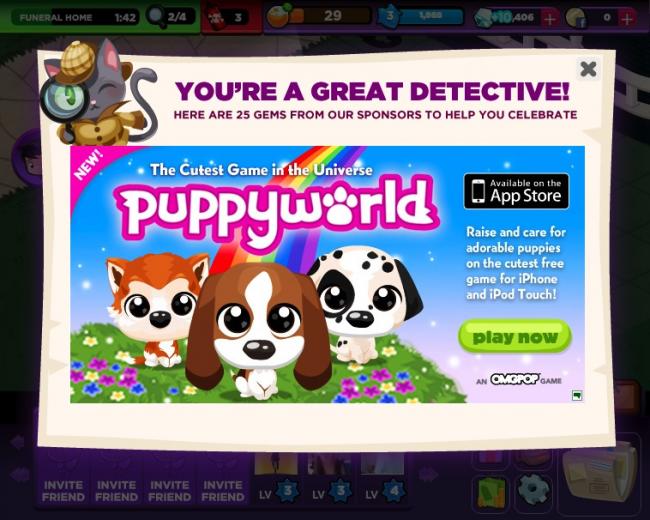 The environments and characters all look great and really fit with the hardboiled detective sense of style, and you can even customize your 3D avatar quite a bit. The soundtrack also lends to the vibe of the game, so Snoops really looks and sounds like a detective story. The only real drawback in terms of presentation, aside from the lack of a full-screen mode, are the frequent and large pop-up ads for one of the developer’s other games, Puppy World. These are so large and pop up so quickly and frequently that you’re bound to inadvertently click on them several times.

The problem with Snoops isn’t that it’s bad, it’s just that it has so much missed potential. If the Solve-a-tron made a little more sense and the gameplay was a little more varied, it would go a long way to making you really feel like you were investigating a crime. Instead what we have is a relatively average investigation game that has a look and feel that don’t quite match up with the gameplay.