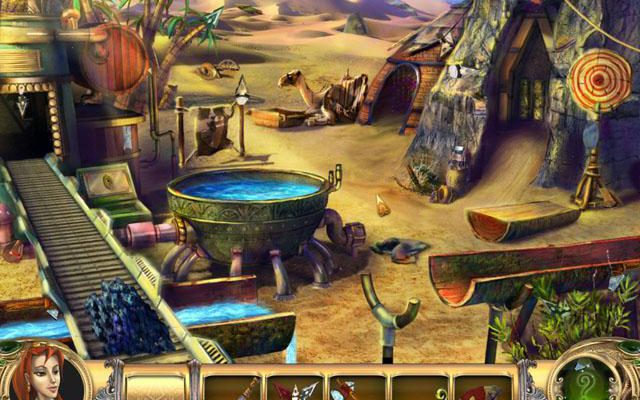 Nothing snarky to say about Snark Busters…

I know a thing or two about snark, and now I know a bit about the Snark, too, thanks to Snark Busters: Welcome to the Club, the new hidden object game that puts players in the boots of Kira Robertson, a strong-willed woman living in a bizarre, steam-powered city who becomes the newest member of an exclusive group dedicated to hunting the mysterious beast.

Caught while trying to add to her collection of policeman’s helmets, Kira is confined to her room by her father, the richest man in town and a bit of a sourpuss, too. In the process of attempting to escape, she finds herself invited to join the hunt for the Snark, a creature that’s rarely seen and never caught. The Snark has the power to pass through mirrors into a “backward world” and sometimes, she’s told, so will she. Using her new-found ability, Kira launches herself on an adventure through worlds even more exotic than her own, pursuing the elusive Snark while keeping tabs on her daddy – who’s doing his very best to pursue her. 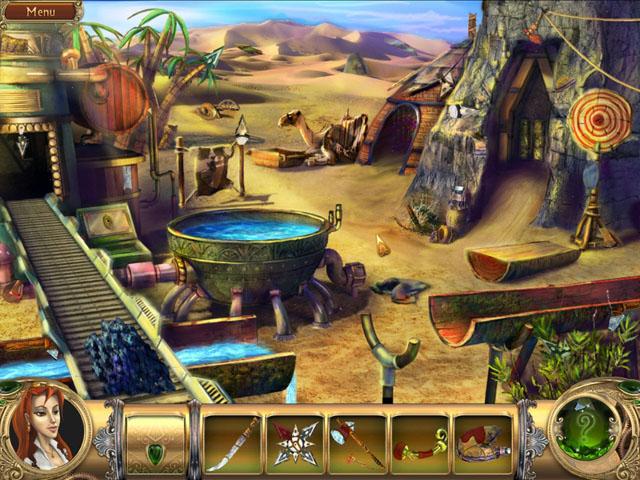 Hidden object searches in Snark Busters aren’t especially difficult, but there is a fairly high degree of interactivity in every scene. Instead of digging around for random, throwaway “stuff,” you’ll be looking for pieces of items that must be assembled and used, such as a hammer to break a vase or coal to power a train. Some levels include closed containers or pieces that need to be moved to reveal objects hidden inside or behind them, while the hint function is conventional but fairly generous, with a fast-moving recharge timer that keeps things rolling along.

In a surprisingly pleasant twist, Snark Busters manages to make its non-HOG puzzles – I almost can’t believe I’m saying this – actually fun. Instead of recycling the tried-and-true “classics” like the Towers of Hanoi or some kind of repetitive memory exercise, these mini-games rely more on your powers of observation. The “stick man puzzle,” which you’ll run into in one of the later levels, is a great example of one that had me stumped for several minutes until a light bulb almost literally went off over my head in a hugely satisfying moment of triumph. The solution was actually quite simple and obvious, and answers for virtually every puzzle in the game are spread throughout its levels. You just have to pay a little attention to find them.

Traveling through mirrors adds an interesting twist by opening shadowy, slightly warped mirror images of some sections of the game, the so-called “backward world.” Actions on one side of a mirror are reflected on the other, sometimes in less-than-obvious ways. Turn on a light in the “real” world, for instance, and you may find that a candle has suddenly ignited in the mirror realm, revealing a much-needed piece of a puzzle. Even without traveling through mirrors, in fact, what happens in one scene often has an impact elsewhere. Many hidden objects simply aren’t available until you’ve taken certain steps at a different location, but the game keeps the guesswork to a minimum by flashing to other scenes when something important takes place, showing you what’s changed and where it happened. 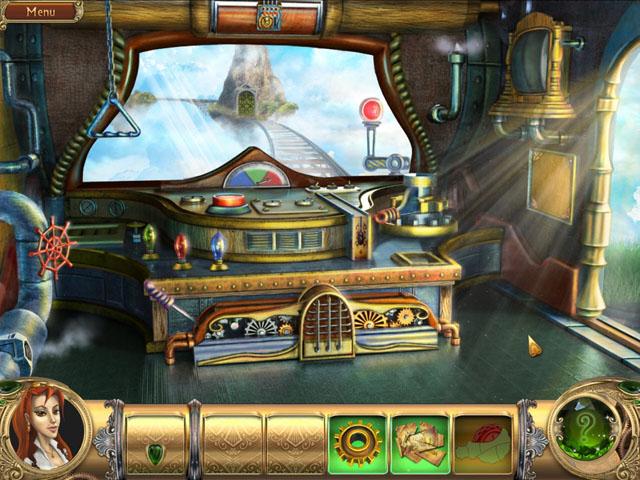 Snark Busters looks and sounds great. The steampunk setting is unique and fun, and the jaunty soundtrack rolls right along with it. Obviously it’s not what you’d call photo-realistic, but the exaggerated, hand-drawn visuals are sharp and colorful, with plenty of animated components as well. It’s even funny in places – honest-to-goodness, laugh-out-loud funny. Kira struck me as a spoiled brat at first, certainly not someone I found very appealing, but as the game progressed I realized she’s just a woman who acts first and thinks… well, sometimes. She has good intentions and a good heart, mixed up with an unfortunate but occasionally amusing talent for breaking things.

The bottom line is this: Snark Busters is fantastic. It offers about three hours of very enjoyable play time, with tons of hidden object searches, puzzles and mini-games that make you feel like you’re actually solving a mystery and a very high level of polish from start to finish. Will you catch the Snark? I don’t want to spoil that surprise for you, but as Ian Gillan told us back in 1984, it’s not the kill, it’s the thrill of the chase. And Snark Busters: Welcome to the Club is one chase that delivers in spades.