Snark Busters 2: All Revved Up Review 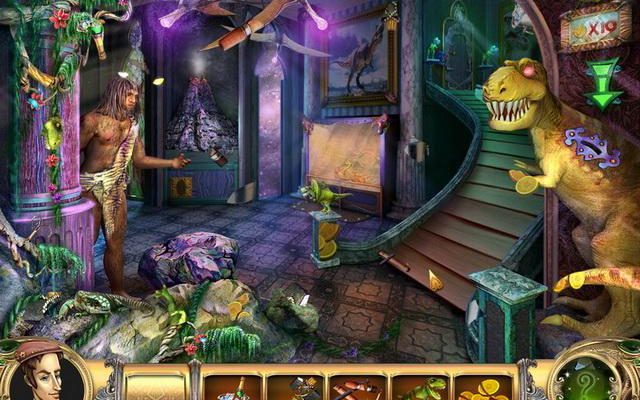 Snark Busters 2: All Revved Up is an enjoyable steampunk romp.

The original Snark Busters: Welcome to the Club was a fantastic game, so it was with high hopes that I went into Snark Busters 2: All Revved Up, the second chapter in Alawar’s Snark-hunting game series. And it does not disappoint; Snark Busters 2 falls just a wee bit short of the very high standard set by the first game but it is still a very enjoyable romp through a bright, bizarre steampunk world.

You are Jack Blair, world famous auto racer, following in the footsteps of your grandfather Robert, whose prowess surpassed even your own. The greatest race driver the world had ever seen, Robert disappeared at the height of his fame under circumstances most mysterious: he drove into a tunnel while running his last race but never came out the other end. No trace of him was ever found. Perhaps one day your legend will outshine even his, but for now you’ve left the racing world behind in pursuit of other, even more exciting and exotic adventures as a Snark Buster! 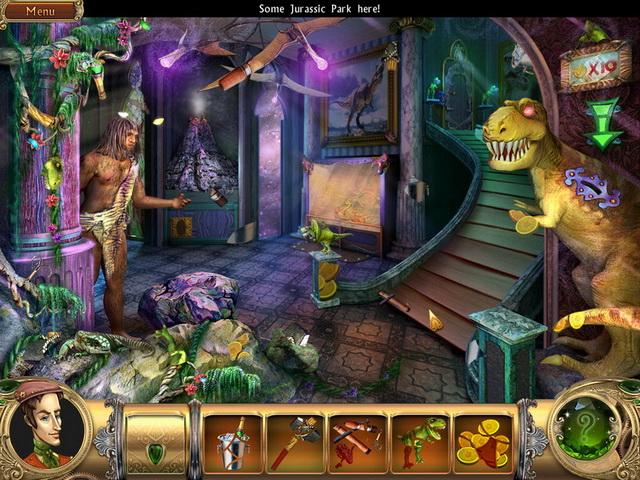 Snark Busters 2 relies on fragmented objects rather than conventional hidden object searches to drive the action forward. Veteran HOGgers should be feel at home, while new players will find the introductory tutorial easy to follow yet very thorough. The game is broken up into six different levels, each of which must be passed before you – that is, Jack – can gain admittance to the Snark Busters club and the hot new race car they want you to drive.

Each area begins with several fragmented objects that must be assembled and then put to use in various ways, with the ultimate goal of retrieving a special medallion that will open the portal to the next level. There are a few puzzles to solve along the way, including one or two particularly good brain-teasers, and some of the fragmented object searches can be quite challenging, but the game has a comprehensive help function that will keep things moving along at a good pace and that recharges pretty quickly, too.

The gameplay in Snark Busters 2 is quite good but the game’s real strength comes from the unique and very interesting world in which it’s set. Nodnol is a weird place, to put it mildly. Everything runs on steam, so pipes, valve and assorted bits of unusual plumbing are everywhere, yet the technology is still very advanced. Your travels will take you to an elaborate tree house, a great, luxurious airship, a strange amusement park and more, as well as through the “backward worlds” the Snark hides in on the other side of mirrors. Your pursuit of the mythical creature, meanwhile, is echoed in the pursuit of you by Jessica Marrey, the persistent television news host who chronicled the hijinks of Kira Robertson and her father in the first game and is now determined to break the story of Jack Blair.

Kira actually gets a mention in Snark Busters 2, which is a nice touch but also highlights the game’s one failing: it’s just not quite as wonderfully charming as its predecessor. Where Kira was a sly, lovable rogue in the first game, Jack Blair comes across as vacuous and arrogant in this one, and even worse isn’t nearly as interesting a character. It’s all played for laughs, but it lacks the self-deprecating appeal that made Kira so much fun. The absence of a sub-plot like the one involving her overprotective father is surprisingly noticeable, and the fact that we don’t come a single step closer to the Snark than we were at the start of Welcome to the Club is actually a bit disappointing. 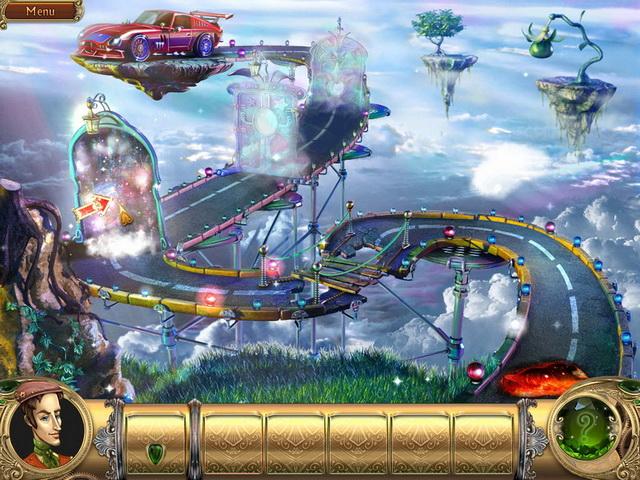 On the other hand, it’s a very lively game, with plenty of animations, sound effects and other such goings-on to keep things engaging. It’s bright, exaggerated graphical style is visually striking and although the jaunty music can become a little overbearing at times, it’s an ideal soundtrack for the pseudo-Victorian setting. And it’ll keep you busy for a good while, too, with at least three hours of good, solid gameplay.

And to be honest, if Snark Busters 2 doesn’t quite live up to the standard of its predecessor, that’s at least in part because the original game set the mark so very, very high. But it’s challenging, amusing and an awful lot of fun, and that’s really the point, isn’t it? The Snark Busters club is a very exclusive one, with membership reserved for only the best and the brightest, and Snark Busters 2: All Revved Up is definitely a worthy addition to the roster.