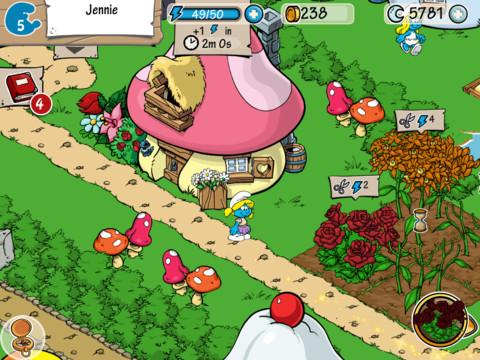 While “Smurf Life” sounds like an explicative you’d scream out your apartment window on a bad day, it’s actually an iOS game starring Belgium’s own Blue Man Group. Smurf Life is another game from Beeline Interactive, the studio behind the massively popular iOS sim Smurf Village, and it presents you with the chance to live the life of a Smurf. We can confirm this much from playing Smurf Life: Being a Smurf is tedious. No wonder the race hasn’t banded together and swarmed Gargamel like a nest of bullet ants. Running away from the evil sorcerer is the only spark of excitement a Smurf can hope for in his life.

Speaking of Gargamel, Smurf Life begins when he mucks up one of his potions, which sends evil clouds over the Smurfs’ village. Papa Smurf deigns to give you the spark of life, and you immediately begin a series of quests that gradually clear away the clouds and bring your Smurf kin back to the village.

Smurf Life lets you specialize in alchemy or building, but the tasks you perform cross over into both trades. At any rate, both require the same amount of slow material-gathering and item-merging. Want to make a Red Potion? Easy enough. Start by cutting some rose bushes. Now grind them down to a powder. Oh wait, to do that, you need a mortar and pestle. To make that, you need to chip away at some rocks. Better make two mortars and pestles; they disappear when you use them once, for some reason.

Almost every task in Smurf Life is similarly broken down step-by-step, with each step taking anywhere from a few seconds to several minutes. It’s enough to make you sign up with Gargamel, especially since your reward for mixing and building stuff usually amounts to an opportunity to mix and build more stuff that requires you to start from step one. When the game assigns you a seemingly cool task, like rescuing Smurfette, you often need to fork over premium currency (“Moondust”) to get it done. The quests you can actually complete for free yield laughably tiny rewards when compared to the amount of coins that you need to fork over for the materials necessary to complete it in the first place. 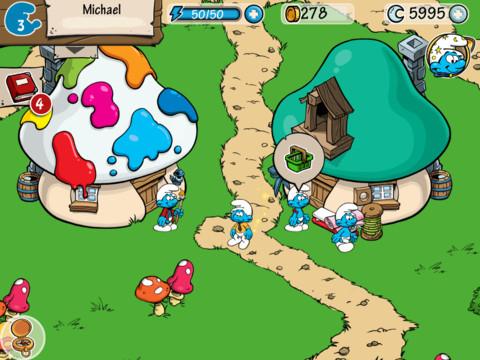 Worse, going from place to place in Smurf Village is a slog. Your Smurf moves slowly, and often gets caught behind bushes and other objects. Thankfully, there’s a “Compass” feature that helps you zero in on materials and Smurfs that are vital for getting your jobs done, though stumbling around blindly is the only taste of a challenge you’ll get in Smurf Life.

Fans of the little blue guys might get a kick out of playing Smurf Life for a few minutes, but they might also find the quests too tedious or confusing to complete. Chances are good that they’ll retreat back to Smurf Village, and Papa Smurf’s latest contribution to the Smurf race will die nameless and alone.