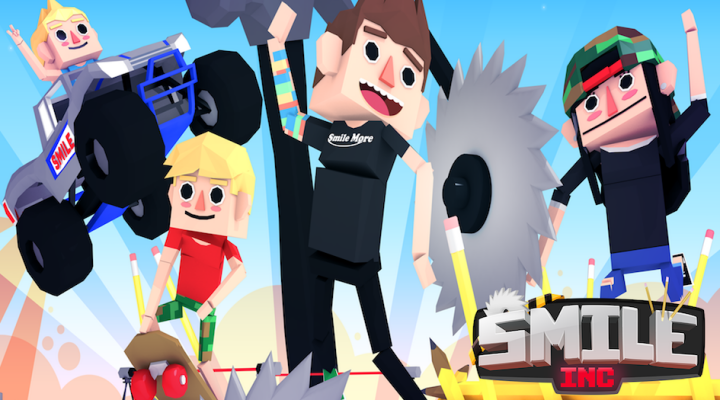 Fun auto-running with a satirical edge

Plenty of imaginative obstacles to dodge

Lots of different missions to tackle

I think I’m officially old now. I had to look up who Roman Atwood is before playing SMILE Inc. Once I found out, I realised it wasn’t vital to enjoying SMILE Inc. but a little knowledge is power, right? He’s a YouTube sensation, but in the case of SMILE Inc., there’s not much to do with Youtube here. Instead, it’s an office-based auto runner that has you dodging all manners of traps. The idea of running through an office might not sound thrilling, but SMILE Inc. does a fine job of enticing you in.

Much of this is down to SMILE Inc.’s distinctly tongue in cheek approach to office work. It makes it look like entertaining hell. You find yourself having to dodge giant scissors or staplers, keen to crush you at every turn. Running is automatic, while either joystick controls or tilting your device helps you negotiate your way around them. Sometimes, you’ll run over coffee which gives you a speed boost, but that’s not always welcome when you’re trying to react quickly. 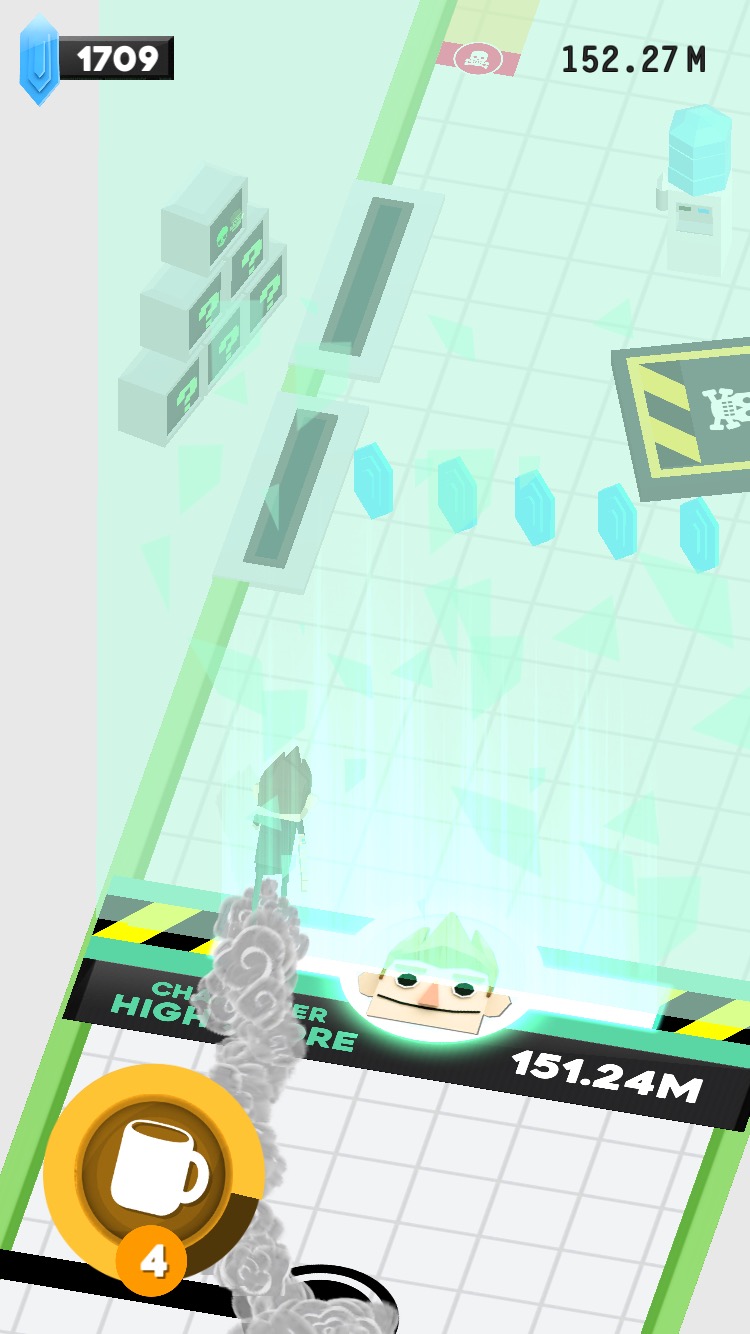 You’re going to die a lot. The general rule of thumb is that everything is out to get you. It really is. Whether it’s laser beams or giant pencils, a simple touch of them kills you instantly. Once in a while, you might find a powerup that gives you a protective helmet, but it’ll only save you from one blow. Even negotiating the doors that divide which floor you’re on can easily kill you. It’s that kind of game.

Each time you die, you’re rewarded with a form of experience. You also invariably chip away at one of the many missions that reward you with special gems and other bonuses. Simply by navigating the office, you can unlock new characters which again gives you further reason to keep playing. Throw in some regular mystery boxes and SMILE Inc. has a successful recipe of ways to entice you back for more. Each new character offers their own bonus skill too, such as the ability to roll over some obstacles or jump over another. You’ll soon gravitate towards a favorite for your playing style.

The missions, in particular, are geared in a way that means there’s always something new to work towards. A steady stream of daily missions is one such method of achieving this, but they’re also varied. Some missions are score-based while others are to do with gem acquisition. Some are simply ‘wild card’ styled in nature, having you do things such as knock into an employee after death or simply die via all the different traps available. Notice a theme? Yup, SMILE Inc. has you dying quite a lot.

Despite potential frustration, however, SMILE Inc. is really pretty fun. It taps into that mobile gaming joy of simply diving into a game for a few minutes, yet still achieving something in that time. With a regular supply of missions and new characters to unlock, it’s sure to stick around on your phone for a while, too. Your high score may never be particularly huge, but you’ll still appreciate chipping away at it, and watching as the nastiness of office work really shines through.