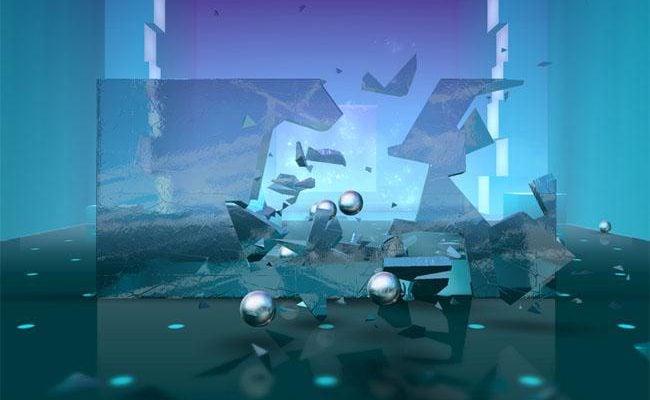 The problem with breaking windows is that you can only do it once. The second your projectile hits the pane with its shattering kiss, you have to cheese it or else risk getting caught by cops, guard dogs, or some guy that keeps his gun handy. There’s never enough time to admire your handiwork.

Smash Hit by Mediocre is a first-person shooting / throwing game that really lets you absorb the sights, sounds, and sheer pleasure of shattering glass. You can do it over and over – in fact, you must do it over and over if you want to survive – and the sensation never gets old. 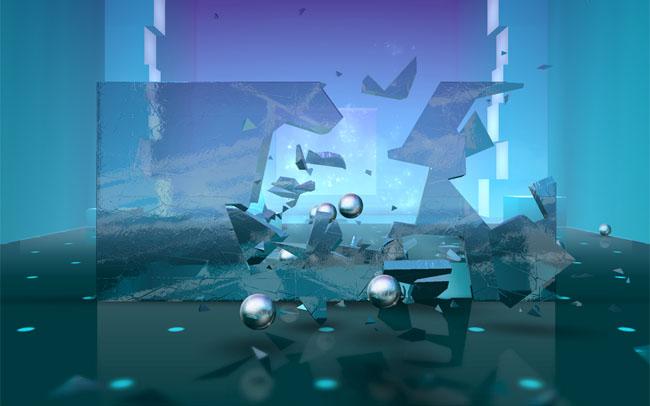 As soon as you hit “Start,” you automatically glide down a series of crystalline hallways. You have but one mission: Wreck everything.

Tapping on the screen hurls a heavy metal ball that works beautifully as a glass-smasher. There are several objects you need to turn into shards, including crystals, power-ups, traps, and simple glass walls. The crystals, which come in multiple shapes, are arguably your most important target: When one goes smashy, you’re awarded a certain number of metal balls. You can keep playing as long as you have balls (har har), but as soon as you run out, the game is over.

Rest assured, your ammunition runs dry in no time if you don’t play carefully. Every throw costs a ball, but slamming into a hazard causes you to drop ten balls. That’s why it’s vital to keep your path clear and whack every refill crystal you come across. 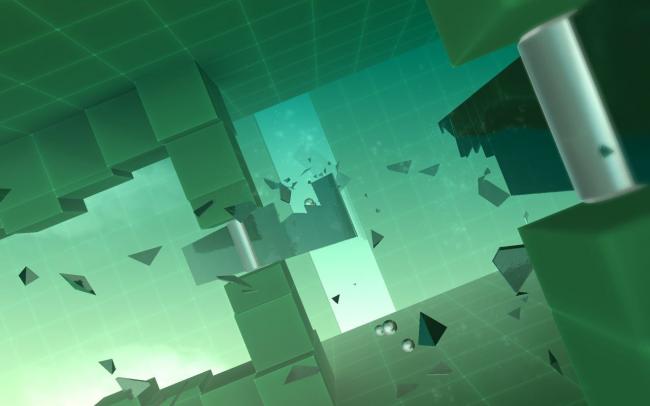 Moreover, hitting crystals in succession grants you a multiplier that lets you throw several balls for the cost of one. Said multiplier becomes incredibly important in later levels, where the barriers come at you swiftly, and, in many cases, are constructed out of thick glass that can barely be nicked by a single ball.

Smash Hit is, in a word, therapeutic. Again, part of the fun is throwing a weighty object at glass and then watching shards rain downward with accurate physics, but it’s more than that. Everything about the game comes together in an environment that says, “Hey friend, tough day? Throw some rocks at some crud.” The levels’ soft colors leave you feeling relaxed no matter how often you fail, and the serene music is an interesting contrast to the constant, shattering storm surrounding you.

Smash Hit monetizes itself fairly, too. As you progress through the game, you hit checkpoints at regular intervals. When you die, you have the option to revive at a checkpoint – but doing so requires you to have a premium account, which costs $1.99. 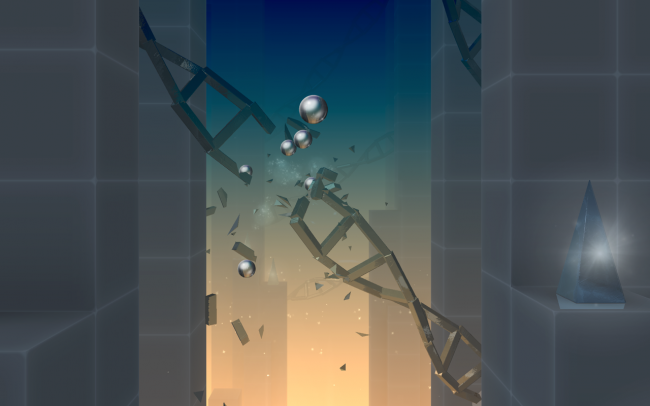 If you pass on the premium account, you need to start again from the first room. Thankfully, the slow, easy pace of these early levels is fun to re-visit, and you soon find yourself compelled to beat your original record.

Smash Hit takes a bit of getting used to – it is, for instance, difficult to tell where your character’s hit box is, which makes collisions unpredictable at times – but once you’re on your way, it’s a soothing experience. Best of all, your mom won’t get mad at you for breaking these windows.