Home / Reviews / Smarter Than You Review: Shaking Hands with the Enemy

Smarter Than You Review: Shaking Hands with the Enemy 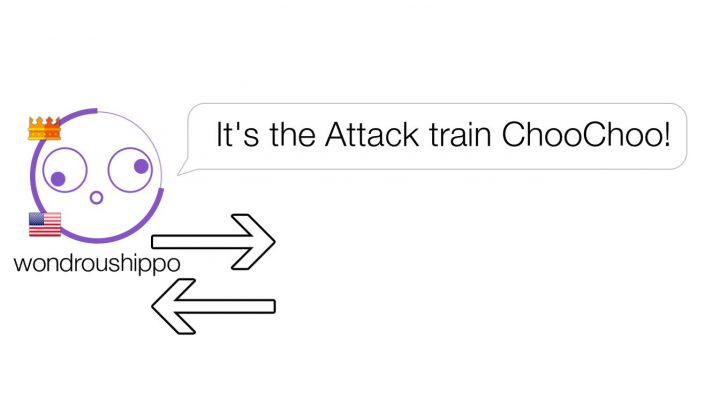 There's an absolutely fascinating interplay with the sentence formation that creates an interesting emotional effect.

Some of the attacks may be imbalanced, advantageous to those who are ahead.

We’ve talked about Smarter Than You before. It’s the asynchronous multiplayer rock-paper-scissors game where forming sentences modifies the damage of different moves. You’re trying to get the advantage on your opponent without tipping them off.

But here’s what might surprise you: the most important feature of Smarter Than You, the part that helps make this a uniquely emotional experience, is the optional monetization that developer Luca Redwood of EightyEight Games doubts will make any money. The tipping feature that lets you send your opponent 50%, double, or triple experience randomly, at a random cost of free, $0.99, $1.99, or $2.99. This is the thing that keeps Smarter Than You from just feeling cruel, and keeps it grounded. It ends up feeling like a fair competition between worthy adversaries. 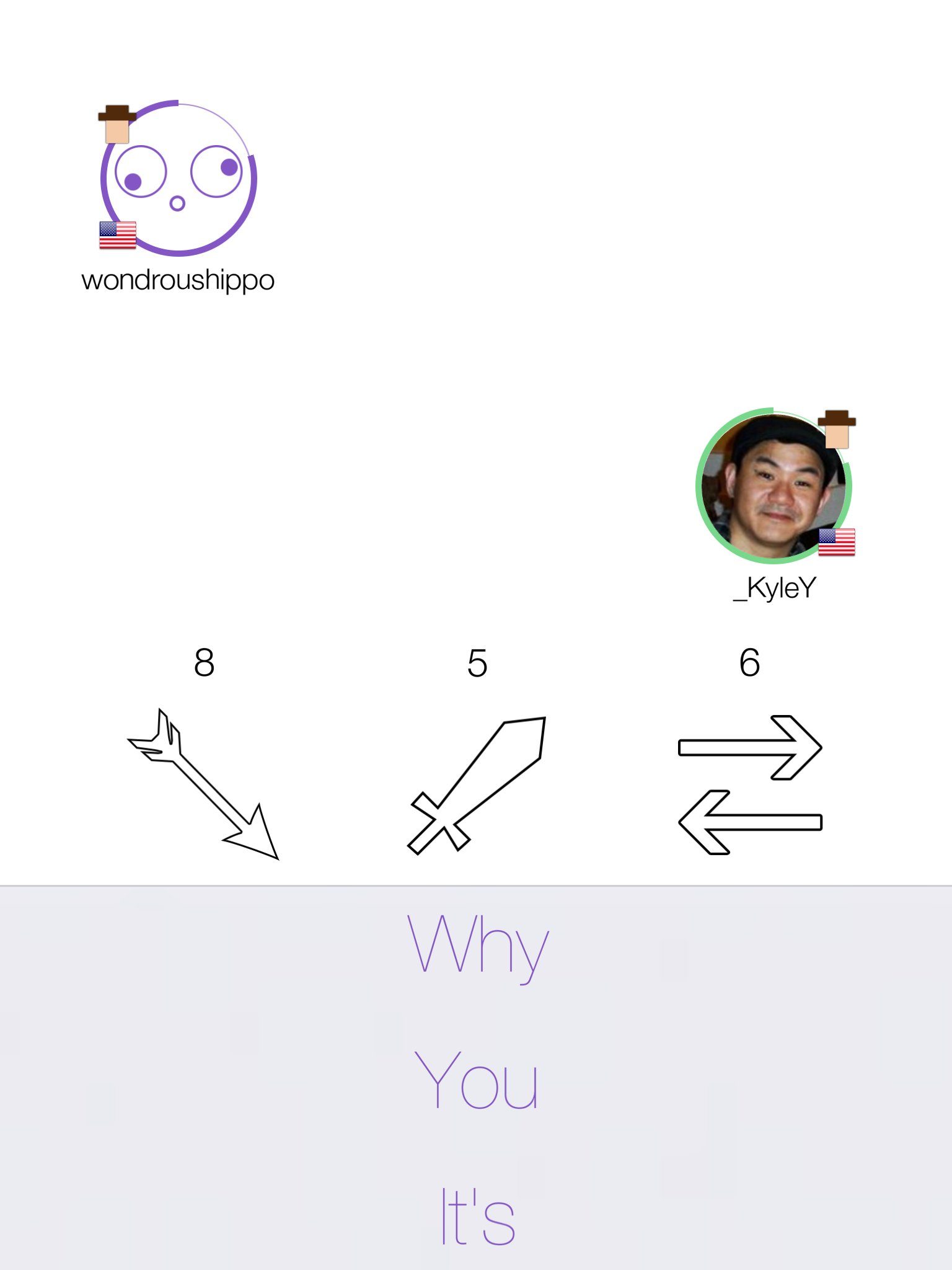 See, the entire game is based on lies. Sure, rock-paper-scissors is always about trying to outsmart your opponent, but the communication aspect here morphs it into something else entirely. Each turn is about hiding your true intentions, with the words you choose being used for or against what you want to do. Even honesty becomes a weapon. Sometimes it’s worth just saying outright what you’ll do, because the person on the other end might not believe you, which you can play for your advantage.

Ultimately though, this game is all about dishonesty; and it’s kind of sad. It’s just a game, but lying to friendly people? Being sinister to strangers? It’s just a smidge disheartening. I love the interplay at the heart of Smarter Than You, but it’s can’t help but affect me.

That’s why the tip feature is so important to the experience, because it’s a necessary dose of honesty. It’s the handshake at the end of the match, saying “GG” to the other team; a chance to do something genuine. It’s a selfless act to reward the other person for being a good competitor, for deep down knowing that this was a game, we’te all competitors. and  we respect each other. We can lie to each other in the heat of battle because we know we’ll be cordial at the end of it. It defuses the hostile tension inherent to the play of this game. It’s the way to pity to an opponent for beating them with a flawless victory. Or perhaps even to mock them. But the point is that it’s an emotion that requires that you do something. 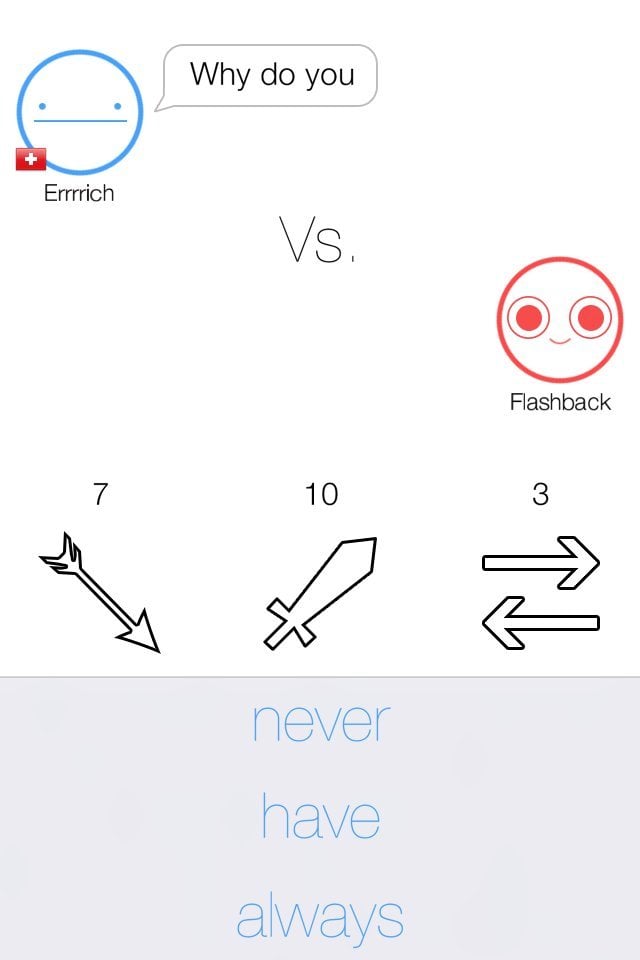 That the tipping has a random free option helps out with its use. To a certain extent, it makes it so that you can at least consider it before canceling out of the option.

Stepping back from the tipping and looking at the game itslef, my one concern with the balance is the use of Counter (one of the game’s three moves, akin to rock, paper or scissors). While Attack and Arrow both do like damage to each other, Counter does nothing to an opponent who also uses Counter. This winds up leading to a bit of a strategic imbalance: an opponent with an advantage has good reason to go for Attack or Arrow, and if they’re right, they do damage. If their opponent chooses the same, then while they lose health, they also bring their opponent one step closer to defeat. Thus, the losing player can get backed into a corner with having to make the safe choice of Counter, where they either do damage if they’re right, or take no damage if they draw.

Like a Call of Duty killstreak, this gives the advantage to someone who already has one, as it means the leader has two preferred choices, not just one. Certainly I can understand the reason for having different effects, potentially even to provide strategic reasons to go for something. Having everything be even all the time might not be as much fun. But maybe having something like Arrow-on-Arrow do half damage to provide strategic imbalance while not tilting things in favor of one side would be advantageous.

I really have to recommend downloading Smarter Than You, if only because its mind games are really fascinating to play out. The core rock-paper-scissors mechanic is familiar, but the communication aspect, and the emotions it plays with? They make for a unique experience. Plus the game is free, has no ads, and its monetization is both optional and heartwarming. This isn’t even factoring in potential long-term plans with the M.E.T.I.S. AI trying to beat humans! Give this game a spin. And play me: look up wondroushippo on Game Center.