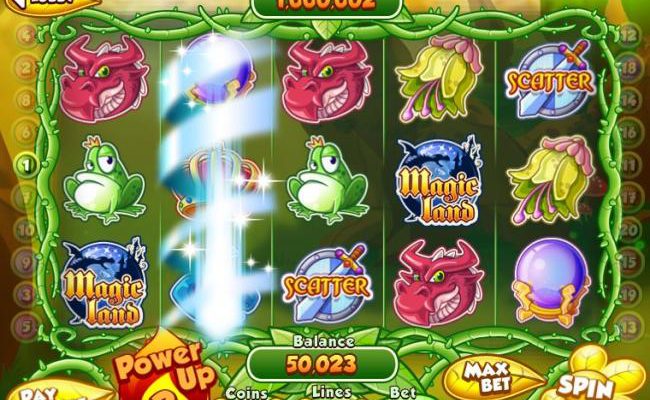 Exclamation points are overused by many of us these days (I’m certainly guilty!), but there are times where they’re warranted to convey excitement or call attention to something. Noted social game developer Digital Chocolate deciding to use Slots! as the name for its new Facebook slots game seems like it could be one of those times. Does the freemium slots title live up to its punctuation? Let’s find out.

There’s nothing especially jaw-dropping about the basic structure of Slots! The gameplay is centered on five reel slot machines, which has become something of the industry standard. Machine title like Magic Woods and Marie’s Bakery tell you almost exactly what you’re getting, which is a variety of themes that is intended to ensure there is something for everyone. 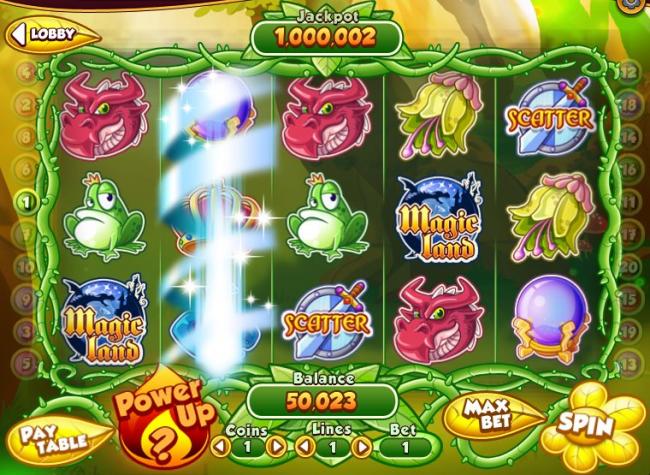 The tutorial that introduces you to the game’s features is more thorough than most, walking you through even its most basic aspects. At times it feels almost more like a regular video game than a slots sim, and that’s probably also no accident. In fact, calling the game’s showiest gameplay mechanic Power Ups practically begs that comparison, now that I think about it. Power Ups are like bonus rounds you can call up on demand once a meter fills up next to the regular controls. They have names that sound a little like former cast members of “American Gladiators” (Quake, Turbo and, um, Refund) and each one shakes up the next few spins in its own beneficial way. Some also have their own exclamation points.

There’s a catch, though, and that is that Power Ups have to be purchased with large amounts of virtual coins. Conveniently, those can be acquired with good old fashioned fiat currency if necessary, or you can wait to utilize the bonus that refills steadily for four hours or wait to see if your friends will gift you some. The game is nothing if not insistent about adding friends, hitting you with a pop up window suggesting it any time you stop spinning for a few minutes.

Regular bonus rounds are also sprinkled throughout the machines, most of which appear to be of the “pick a symbol until you get one without an amount attached” variety. Regular play earns you experience points at the rate of one per coin, plus a bonus amount on winning spins. Leveling up unlocks new machines and the chance to play the same ones in new “rooms” with higher minimum wagers and larger jackpots – not that the normal jackpots are anything to sneeze at, as Digital Chocolate does a nice job showing you the millions of coins that can be won on the progressive jackpots even from the lobby. 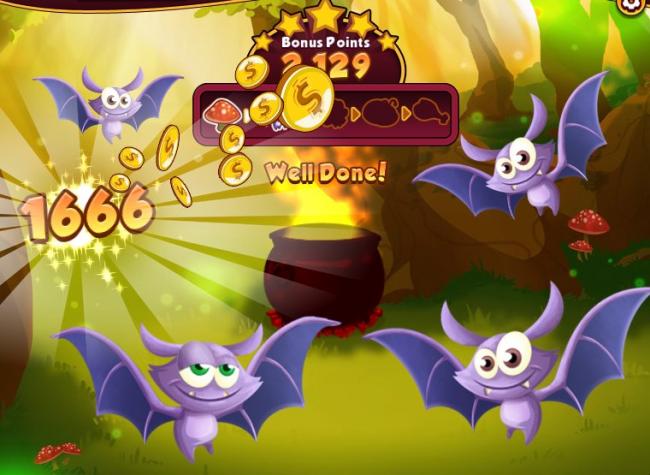 Slots! isn’t the flashiest game when it comes to visuals, though there are some subtleties to that side of things that could go overlooked at first. Magic Woods has mysterious lights that move and twinkle in its background, and other machines all have some kind of animated element. It’s hard to put in words exactly how the sound effects are appropriate, but they just feel like the sounds you’d hear when playing a physical slot machine. The gameplay music isn’t bad either, though it’s going to take a while for the fake harmonica from Lucky Shots to get out of my head.

One of the other aspects that caught my eye is how cute the artwork is. That’s nothing new for slots games, of course, many of which appear to be locked into some sort of arms race of cuteness. It’s just that here the style looks like something that might appeal to my preschool-aged children. I know these games are trying to pull in younger crowds than traditional slot machines, but this one is out near the front of the pack. Please see the “Invite Friends” button for all the evidence you’ll need.

There could very well be, as they say in soccer, more to come from Slots! Player profiles have an achievement tab that teases the fact that they are coming soon, and more machines will inevitably join the party. Right now it’s a good slots game that doesn’t quite seem to have that killer hook to put it over the top. Dedicated slots players are likely still going to want to give it a try, hyperbolic exclamation point or not.