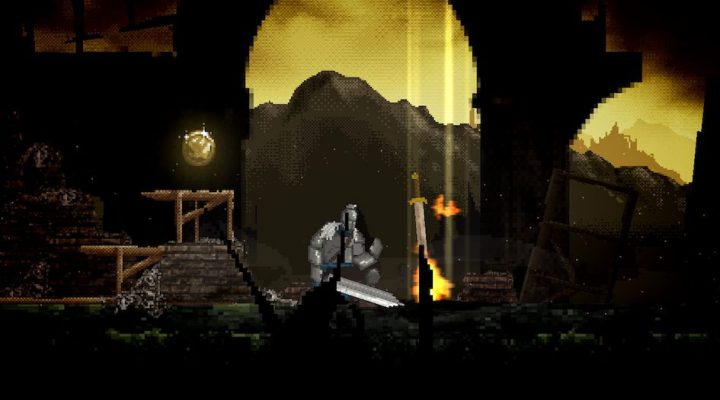 Can almost be fun when not getting in its own way

Let’s be honest here – nobody was expecting to have their mind blown by a promotional mobile tie-in game released in partnership with Gamestop — even if it does tie in to one of the most successful (and best) action RPG series in recent years.

The thing is, I was still expecting something better than Slashy Souls.

On paper, I think the premise is a good idea: a Dark Souls endless runner. You control a seemingly random adventurer (one of a handful pulled from Souls-inspired character styles) and attempt to fight your way through traps, enemies, and bosses in the name of a high score (and maybe also in the name of the Sun). There’s lots of jumping, dodging, slashing, and occasionally triggering spells as you ceaselessly charge forward. 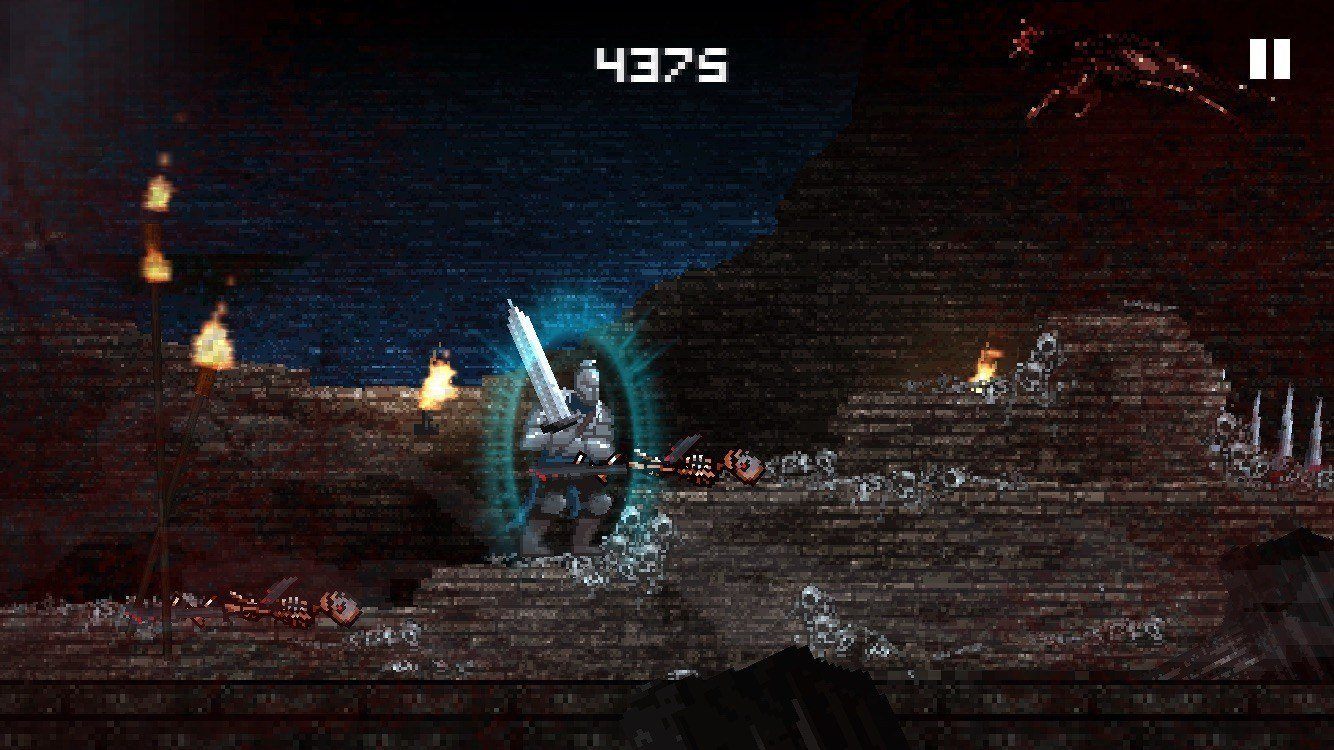 Visually it’s actually quite nice. Slashy Souls uses a pixel art style that manages to capture the oppressive environments and horrifying boss monsters the series is known for, while also giving everything a slightly “retro” flair. I dig it a lot. Especially the bosses, though so far there doesn’t seem to be a whole heck of a lot of variety to them.

But Slashy Souls almost completely falls apart once you try and play it. For starters, there’s zero explanation of the controls. so you’ll have to devote several attempts to just figuring out basic movement. Some might argue that the Souls series has never been one for hand-holding, and I absolutely agree, but the other games at least told you what the buttons do. Here you’re totally on your own to figure out how to jump, roll, and attack (and learn that you even can do any of those things in the first place). 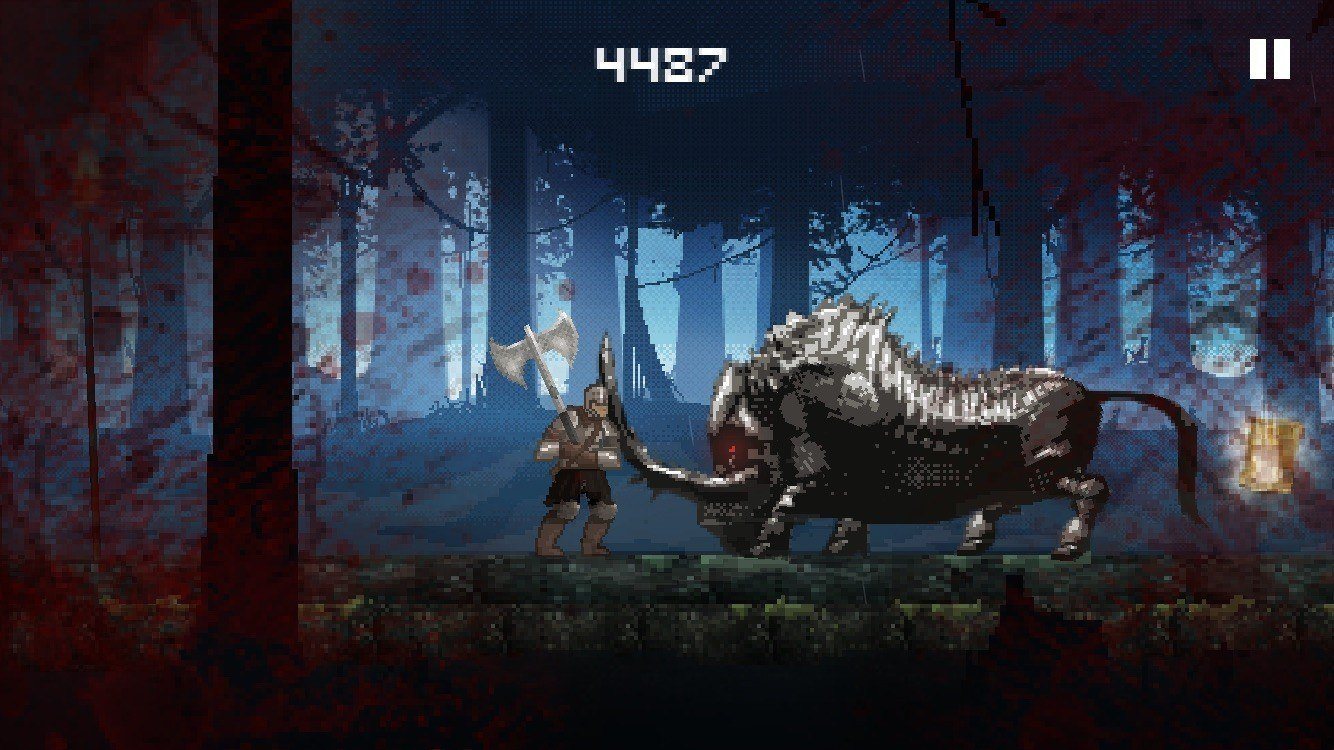 Another problem is the hit detection. At first I thought there was some arbitrary thing that made one enemy require two hits while another enemy of the exact same type only took one, but the more I played the more I realized the problem was that my hits weren’t connecting. Instead I’d swing too soon and end up simply running into my target – getting stuck there until I was finally able to hit them, while they of course scored a bunch of free hits because they attack faster. The flying enemies make this problem even more egregious since they tend to hover too high for a normal swing to reach them, but they can hit you just fine and halt your movement at the same time. So instead you have to jump and swing, which is incredibly awkward thanks to the controls constantly confusing swipes with taps and “up-left” with “up.”

There’s also a really obnoxious glitch I keep running into, where the “You Died” message won’t go away after I restart. It just sits there taking up the middle portion of the screen, obstructing my view of everything but feet. It’s something that I’m sure will be addressed in a future update, but when taken with all the other problems, it’s just one more straw on an already dead camel’s back. 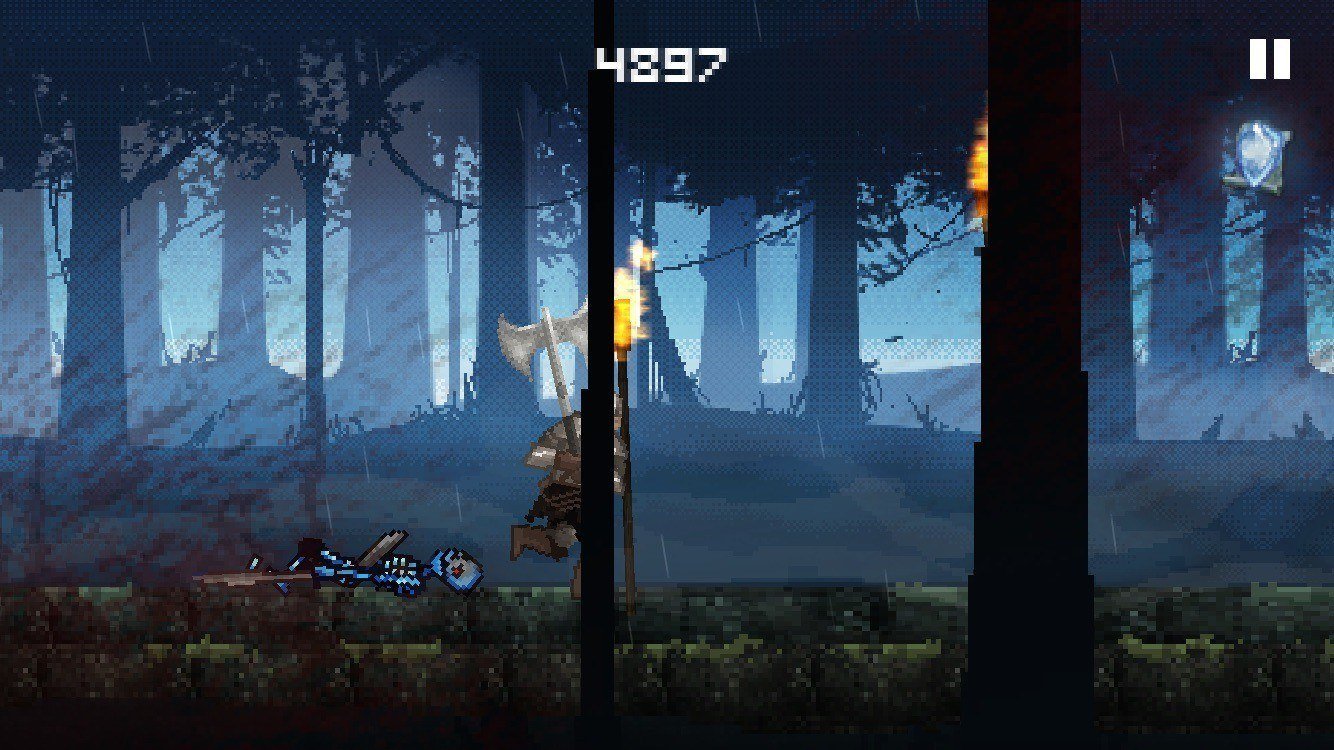 Slashy Souls would be a fun game if it weren’t riddled with so many (honestly amateurish) bugs and design flaws. Maybe one day it will receive an update that allows it to reach its full potential, but until then it’s only worth downloading for curiosity’s sake — if that.

I Keep Having This Dream Review: Positively Dreamlike