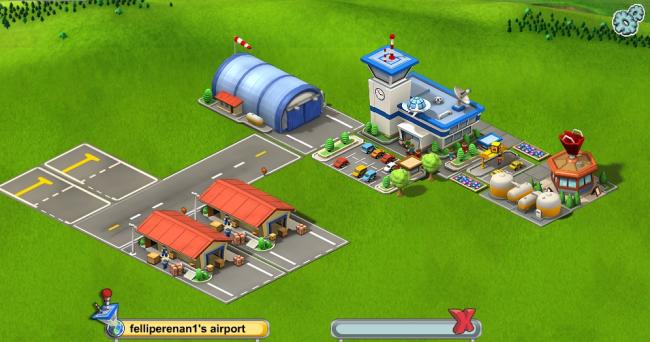 SkyRama is the video game equivalent of flying business class

If nothing else, SkyRama proves one thing: a big airport is certainly much more interesting than a small one. And it’s for this reason that the game starts out very slowly. Up until you are able to have multiple runways and hangars, the game can be downright boring. And actually getting to that point can take some time, which makes SkyRama an experience that requires quite a bit of patience.

When you first start out you have little more than a plane and a place for it to land. But, as is the case with this sort of game, the goal is to build something much larger and impressive. To earn money you’ll need to send out planes to destinations all over the world. (Well, Europe and North and South America, anyways.) Before setting to the skies you’ll need to re-fuel and perform maintenance on your planes, which amounts to clicking it a few times. A similar process is required for receiving planes. In addition to managing your own planes, friends can also send flights to your airport, and vice versa.

Initially this isn’t particularly fun. Managing a single runway and clicking on a few planes is monotonous, but things pick up at least a little bit as your airport expands. Eventually you’ll be handling multiple planes and runways, forcing you to clear space and stay on top of everything that’s going on. It never gets particularly taxing, but after a few levels the gameplay definitely picks up.

Much like Airport City on Facebook, you’ll also be turning your airport into a city-like destination, complete with hotels, parking garages, and even giant cafes. It’s nowhere near as in-depth as something like RamaCity, but it’s still enjoyable, and there are a good amount of options when it comes to buildings and decorations. 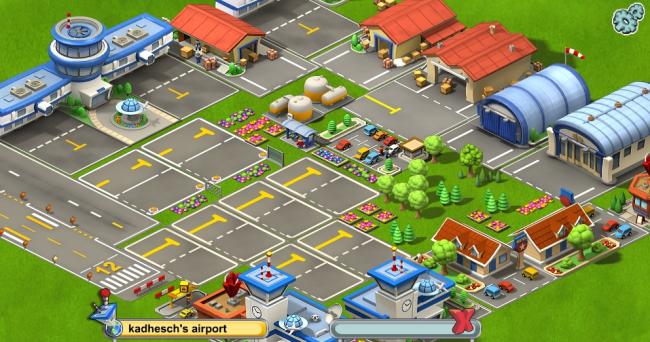 Where SkyRama does succeed quite a bit is with its social features. Even if you don’t have real-world friends playing, making new in-game buddies is easy, and there are multiple ways you can interact with them. You can send and receive flights between your airports, or simply go over for a visit. There’s even a fun feature that lets you send a plane carrying one of several fly-by banners.

Still, even at its most complex, SkyRama is little more than a casual diversion. The process of building up a massive airport is certainly satisfying and made all the better by the pleasing, if relatively simple, art direction. But it’s the gameplay itself that lets SkyRama down, as the experience, even at its most complex, isn’t all that engaging. It’s sort of the video game equivalentof flying business class: it gets you there, but you wish things were better.